Woman accuses stepfather of touching her as a child

A woman has alleged her stepfather placed his hands under her underwear as a child and beckoned the family dog with an erect penis.

The New South Wales woman broke down in tears in the Wollongong Local Court as she repeated claims she detailed to police last May, the Illawarra Mercury reported.

‘I woke up during the night and [he] had his hand in my underwear, (He said) he thought I had wet myself’, she said in court.

At the time, the girl was aged 12 and slept in the same room as her sister in bunk beds in Koonawarra, New South Wales.

Now in her 20’s, the woman is relying on old journal entries and has reportedly not spoken to her mother for several years after a falling out over a ‘sum of Centrelink money’.

In court, she told how she found her stepfather ‘naked with an erect penis trying to get the dog to come towards him’ when she was aged 16. 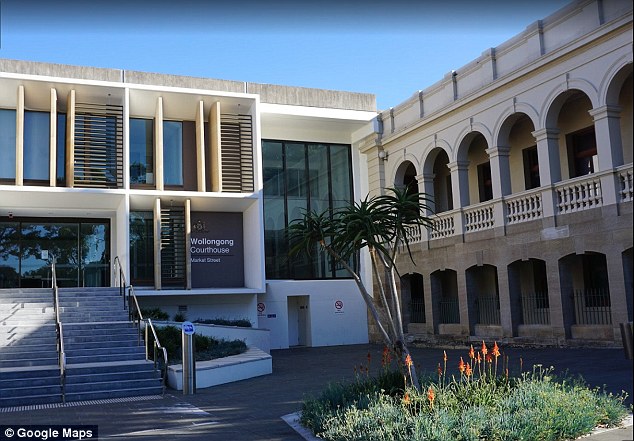 Her step-father denied the allegation in the Wollongong court and his partner, and the woman’s sister, supported the man

In another instance, she alleges her father asked her to touch him and help him shave his public region.

‘I said I didn’t want to. I ended up going to bed when I got really uncomfortable,’ the Illawarra Mercury reports.

The man denies all allegations she detailed to police and her mother appeared in court supporting her partner.

He said he had a partner so questioned why he would lure the dog toward him.

‘I am a sick in the stomach to be honest, about a lot of the stuff you’ve said.’

The woman’s mother and sister both appeared in court supporting the woman’s stepfather.