A New Hampshire woman is behind bars after she allegedly ran down her next-door neighbors, killing a man and his dog, while drunk.

Costello plowed into Stephen and Erin VanDelina while they were taking their dog for a walk near their home in Seabrook around 6.20pm on Wednesday night.

Stephen, 64, and the couple’s German Shepherd, named Lucy, were both killed. Erin, 61, remains in the hospital in serious condition.

Catrina Costello, 38, was arrested after she allegedly ran down her next-door neighbors, killing a man and his dog, while drunk. The neighbors had a restraining order against her 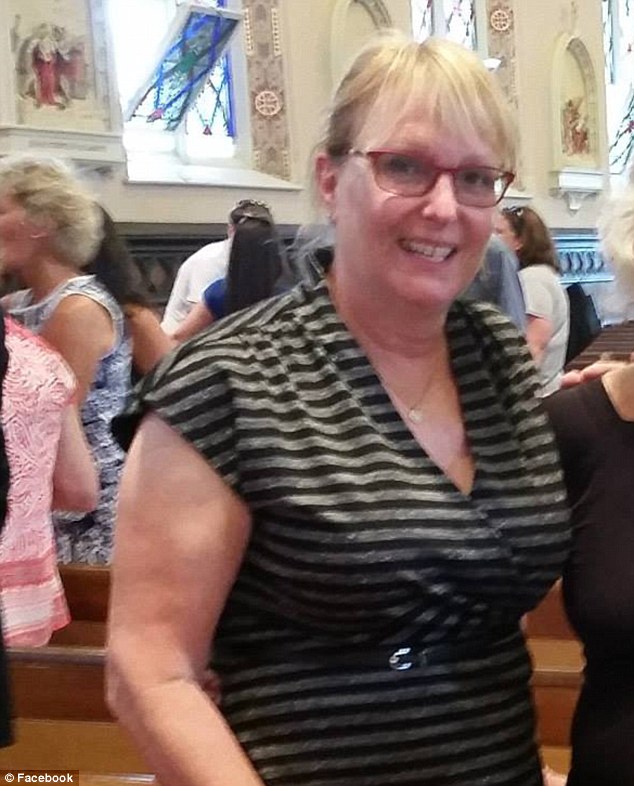 The tragedy has completely rattled the tight-knit neighborhood. Residents described Stephen and Erin as kindhearted neighbors, and Lucy as a gentle dog.

Although Stephen and Erin were beloved by their community, the couple had decided to move from their home of 20 years because of Costello and her partner.

Problems between the neighbors – who lived next door to each other for five years – began in 2016, when Costello’s pit bulls attacked Lucy and bit Stephen.

‘When Steve and Erin walked the dog, when they drove by, they would yell obscenities out and give them the finger,’ Kay Henderson, who lived across the street, told The Boston Globe. 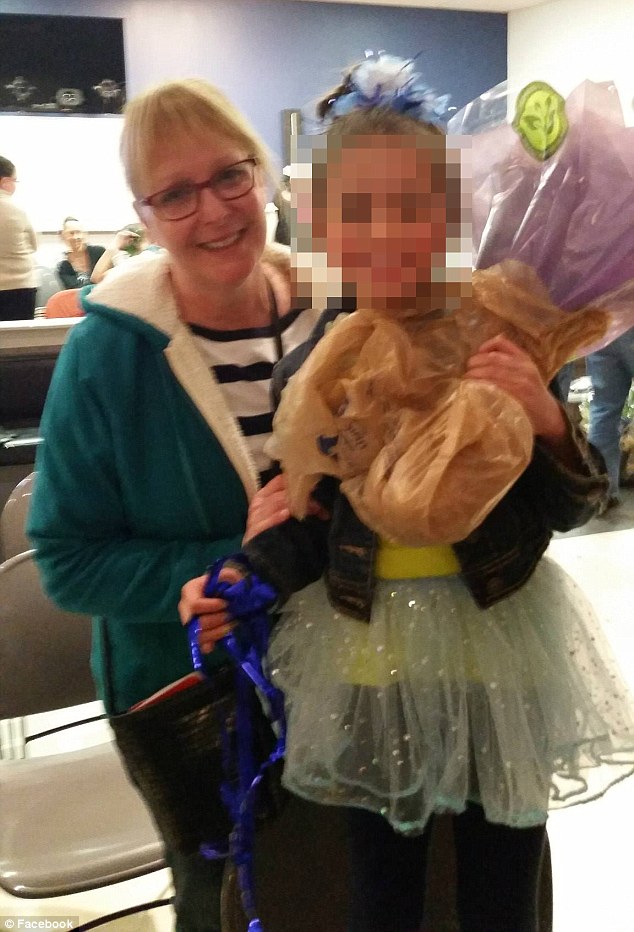 Stephen, 64, and the couple’s German Shepherd, named Lucy, were both killed. Erin, 61, remains in the hospital in serious condition 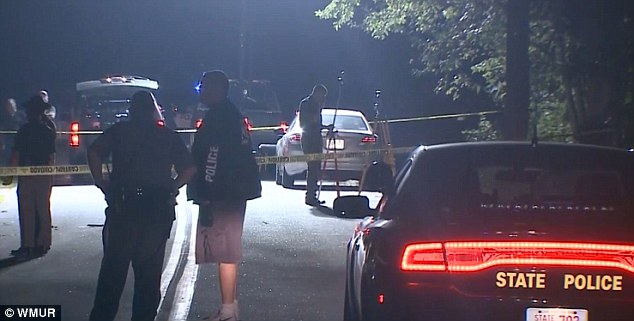 Stephen and Erin were hit just blocks from their home in Seabrook around 6.20pm on Wednesday night 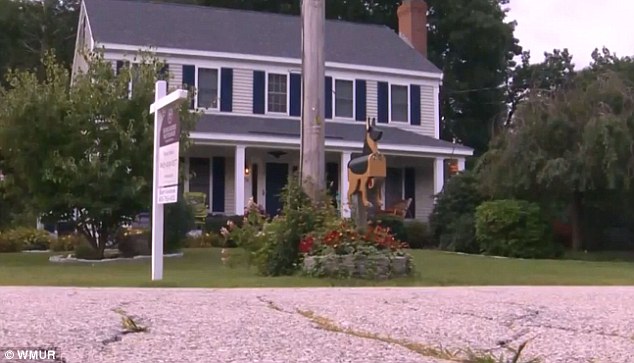 Stephen and Erin described four additional incidents of harassment in 2017 when they filed for a restraining order against Costello that year.

She was issued a one-year stalking final order, which expired next month, and was ordered to stay away from Erin and avoid stalking or abusing her and Stephen.

It also forbade Costello from coming within 50 feet of the couple’s dog.

‘Taken together, these repeated incidents would cause a reasonable person to fear for her safety,’ the judge who issued the order wrote. 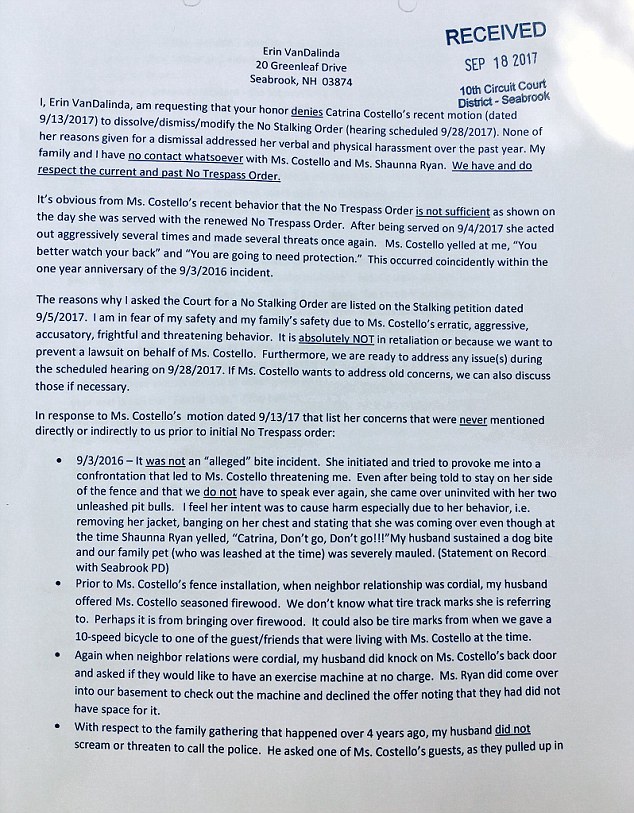 Problems between the neighbors began in 2016, when Costello’s pit bulls attacked Lucy and bit Stephen. The couple got a restraining order (pictured) against Costello the following year

‘VanDelina testified she feels threatened, doesn’t know what the defendant is capable of, and feels she has been bullied, harassed, threatened, taunted, and yelled at.’

But things between the neighbors became so bad that Stephen and Erin decided it was time to leave behind the swearing and the threats.

An offer had been made on their house and a moving truck was parked outside their home on Thursday. They were preparing to move into their new home next week.

Brian Henderson said he doesn’t believe the crash was an accident. 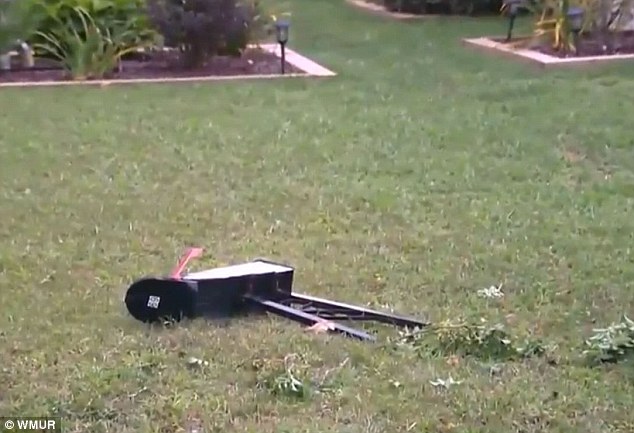 Neighbors said they are absolutely devastated by the tragedy. Pictured is a mail box that was knocked down by the crash just blocks from the couple’s home

‘To me, this is murder, really,’ he told NECN. ‘I hope its treated that way and I hope the police will figure out what really happened.’

The New Hampshire State Police and state attorney general’s office are investigating. An autopsy for Stephen VanDalinda is scheduled for Thursday.

‘It doesn’t make any sense how the tragedy happened this way,’ said neighbor Aboul Khan.

‘We are praying that Erin gets better and hopefully she’ll make it. Everybody is devastated.’