Woman and man are arrested for plotting terror attacks in Ohio

Two people have been arrested in Ohio for plotting separate terror attacks that were allegedly inspired in part by Dylann Roof, Columbine and the recent mass shooting at a Pittsburgh synagogue.

Elizabeth Lecron, 23, was arrested in Toledo, Ohio, for allegedly plotting a bomb attack on a bar which she believed was putting animals at risk by ‘polluting’ a river which ran behind it.

Prosecutors say she purchased explosives which she planned to use to make a pipe bomb and blow the property up.

Before her arrest, she communicated with Charleston church shooter Dylann Roof and made glorifying social media posts about Columbine.

Elizabeth Lecron, 23, was arrested in Toledo, Ohio, for allegedly plotting a bomb attack on a bar which she believed was putting animals at risk by ‘polluting’ a river which ran behind it

One of her Tumblr accounts was so offensive it was disabled. In its place, she made another one about Roof’s massacre and called it the Charleston Church Miracle.

Separately, Damon Joseph, 21, was arrested in Holland, Ohio, for allegedly plotting a mass shooting at a local synagogue.

Federal prosecutors say he Joseph, a Muslim convert who allegedly supports ISIS, was inspired by the recent massacre of 11 people at a Pittsburgh synagogue in October.

It is unclear if Lecron and Joseph know each other or if they spoke about their separate alleged plots.

Lecron came to authorities’ attention earlier this year after she spoke with an associate about plotting an attack in August.

She allegedly described it as an ‘upscale mass murder’ at a Toledo bar. It is unclear which bar she intended to target but she was known to recently work at Frickers in Maumee.

An undercover FBI agent then made contact with her to discuss her plans.

The agent learned that she glorified Dylann Roof and idolized the Columbine shooters.

She was one of four people to have contact with Roof, who remains behind bars awaiting execution, and tried to send him Nazi propaganda. 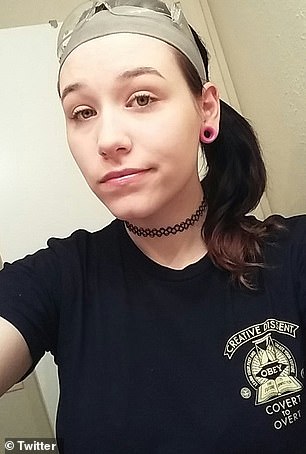 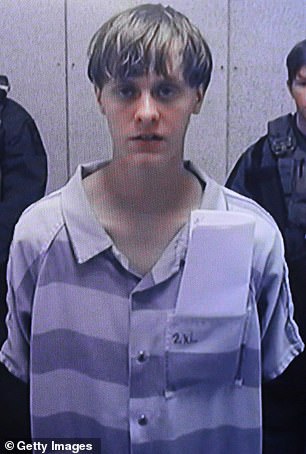 Lecron had written to Charleston church shooter Dylann Roof and, according to prosecutors, tried to send him Nazi materials in prison 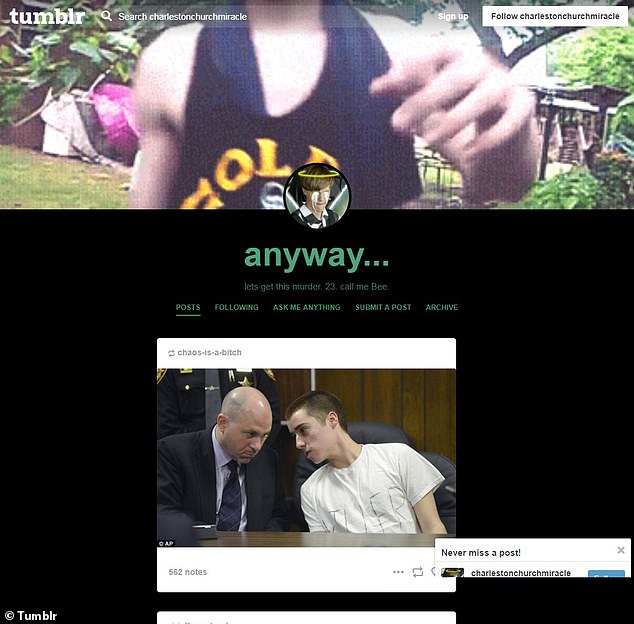 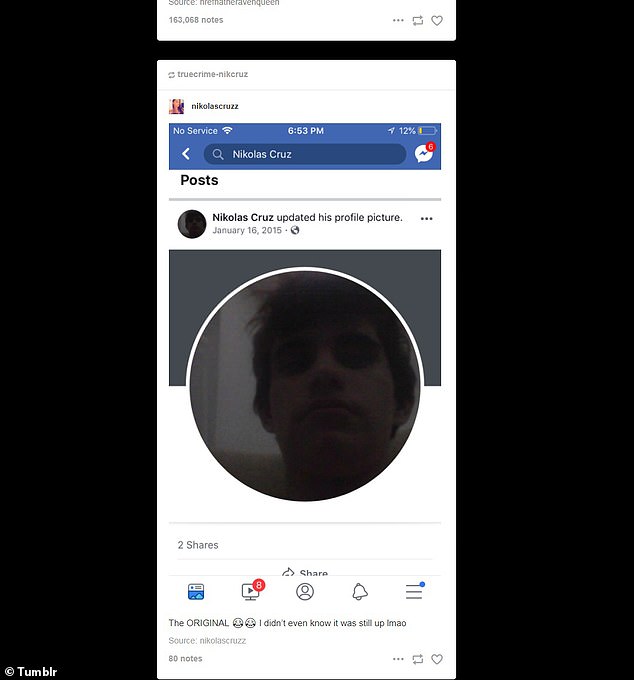 Lecron and a friend even traveled to Columbine in Corolado to visit the high school where Eric Harris and Dylan Klebold shot dead 13 then killed themselves in 1999.

On social media, Lecon described them as ‘God like’.

Between August and December, she discussed arranging other anarchists in Toledo and allegedly discussed plotting to attack a live stock farm in order to set the animals free.

She dropped those plans when she could not find a suitable target, according to prosecutors, and moved forward with her plans for the bar, telling one FBI agent in September that she ‘definitely want(ed) to make a statement up here.’

On December 4, she purchased two pounds of Hodgson Triple Seven Muzzleloading Propellan gunpowder and 665 screws of various sizes, some as large as three inches.

Afterwards, she told the informant: ‘So I guess I’ll talk to you when the deed is done?’ 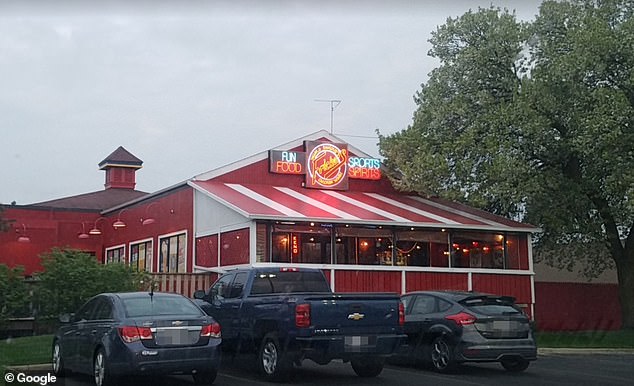 Until recently, she was working at Frickers bar in Maumee, Ohio. It is unclear if this was the bar she was plotting to attack but it is near a river. Prosecutors say she was angry because she believed the bar was polluting a nearby river and putting animals at risk

She is now in custody on one count of transportation of explosives and explosive material for the purposes of harming others and property.

Joseph was arrested in Holland, Ohio, which is 10 miles from Toledo.

He was allegedly plotting an attack on a synagogue in Toledo and was doing so out of his support of ISIS.

FBI agents were alerted to his profile at the start of 2018 when he began posting images promoting ISIS and displaying weapons.

Undercover agents began conversing with him and he shared materials with them which promoted ISIS recruitment, according to the US Attorney’s Office in the Northern District of Ohio.

In October, he made statements in support of ‘martyrdom operations’ and stated: ‘what must be done, must be done’. 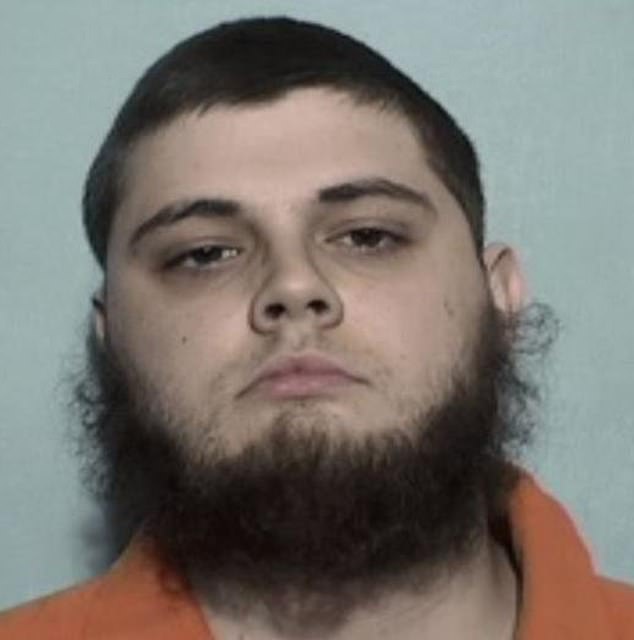 Damon Joseph, a 21-year-old Muslim convert from Holland, Ohio, was arrested on separate charges for allegedly plotting an attack on a synagogue 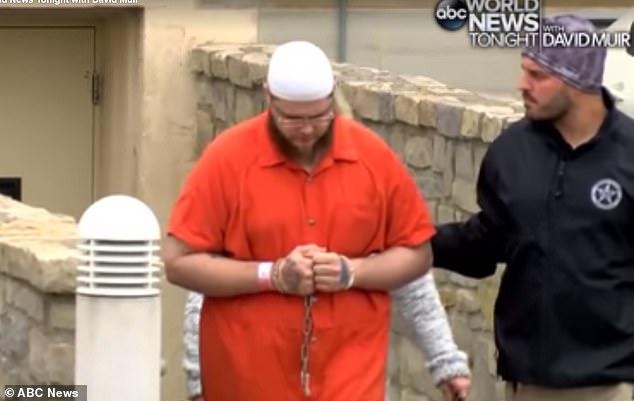 Joseph is pictured on Monday being transported out of custody to court. He wanted to attack a synagogue with AR-15s and AK-47s

In another post, he said: ‘There will always be casualties of war.’

After the October 27 shooting at the Tree of Life Synagogue in Squirrel Hill, Pittsburgh, he told the agent: ‘I admire what the guy did with the shooting actually.

‘I can see myself carrying out this type of operation inshallah. They wouldn’t even expect [an attack] in my area…’

His plans intensified in December. On December 2, he said he had chosen the name Abdullah Ali Yusuf  to use. Two days later, he told the agent that he was deciding between two synagogues and that he wanted to strike whichever one had more people there, allegedly saying: ‘Go big or go home.’

After choosing the synagogue he wanted to attack, he told the agent ‘he had conducted research to determine when the Jewish sabbath was so that more people would be present,’ according to prosecutors.

‘Joseph pulled up photographs of the inside of the synagogue and said he wanted the attack to begin in the sanctuary.

‘Joseph told the undercover agent that he would hide two semi-automatic rifles at his house once the undercover purchased them,’ a statement issued on Monday by the US Attorney in Northern Ohio said.

On December 7, he was arrested after accepting two rifles which had been rendered inoperable by FBI agents.

He remains in custody on charges of attempting to provide material support to the Islamic State of Iraq and al-Sham. 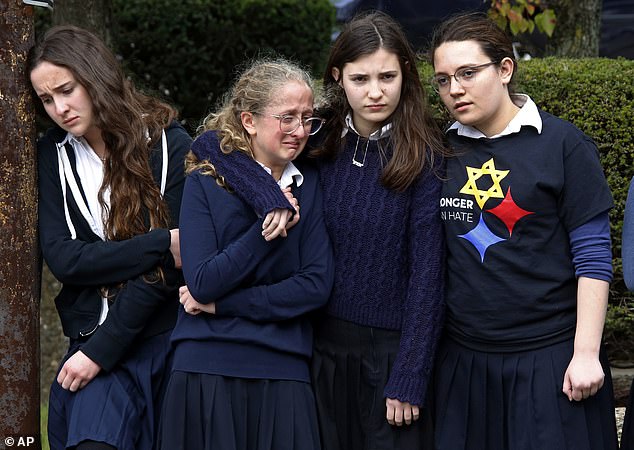 Joseph was inspired by the October 27 attack at the Tree of Life synagogue in Pittsburgh during which an anti-semitic gunman murdered 11 people. Above, girls react to the tragedy afterwards