The 44-year-old driver was pulled over by police in South Australia before testing positive to cannabis.

But when the pyjama-clad woman was arrested and put in the back of the police car, she told officers there could have left a sex toy and lubrication in her car.

When the woman, 44, was arrested and put in the back of the police wagon, she warned officers they might find the sex toy and lubrication during a search of her car 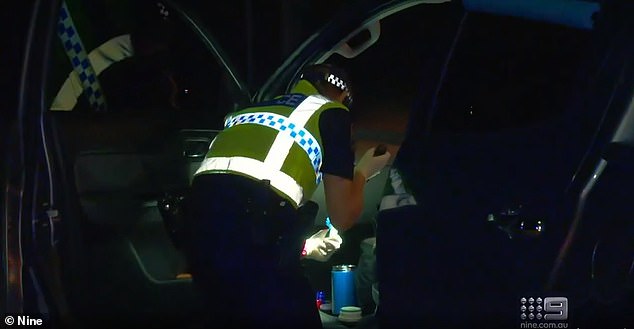 An officer searched the woman’s car, but no sex toys or lube were found

‘And there might be lube in there, I apologise.’

Two cops awkwardly chuckled after the woman’s bold confession, while another officer searched the front passenger seat of her car.

However, no sex toys or lube were found.

The woman also admitted there was marijuana in her car.

‘There’s weed in the car but I don’t do any other drugs at all. I never have,’ she said.

When asked by an officer if she was a regular cannabis user, the woman responded: ‘Oh s**t yeah’.

The woman was arrested for testing positive to cannabis. 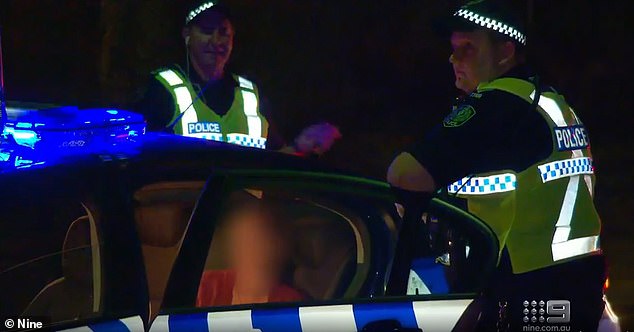