A woman in Spain has been arrested after leaving a box containing a rotting human head with a friend to look after while police searched her house.

The gruesome discovery was made when the unsuspecting woman was told the box contained sex toys and her friend did not want the police to find them during the raid.

She reportedly handed the box over to her pal ahead of a police search of her home in Castro Urdiales in northern Spain following the ‘voluntary’ disappearance of her partner, claiming she did not want to be embarrassed.

But her friend called police after opening the container because of a bad smell and discovered the severed head.

It is believed to have been in the flat where it was found since April.

Morgan Freeman opens a parcel in the 1995 movie Seven, to make the gruesome discovery that it contained a human head

The woman held by officers has been identified locally as a 61-year-old named only by her first name and the initial of her surname as Carmen M.

Police are still trying to identify who the head belongs to but local media are reporting Carmen’s 67-year-old partner vanished in February.

The woman who made the gruesome discovery had to be treated for a panic attack, according to local media.

She lives in the same town as the woman being questioned by police, the seaside resort of Castro Urdiales near Santander.

A court in the town is investigating the macabre discovery. 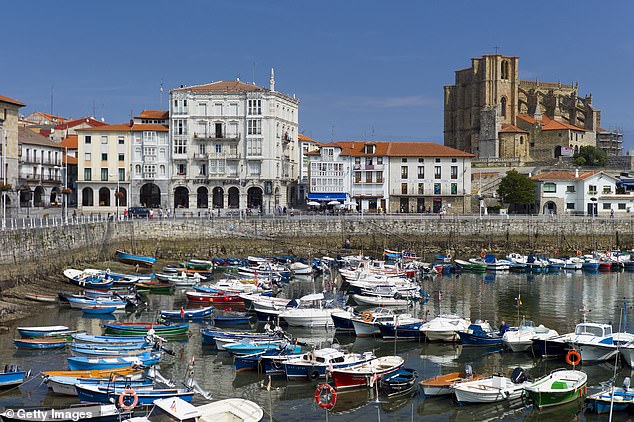 The seaside resort of Castro Urdiales in northern Spain, where a woman was arrested after allegedly giving her friend a box with a human head inside

A spokesman for the Civil Guard at its HQ in Santander confirmed: ‘A woman has been arrested following the discovery of a human head in a box at a property in Castro Urdiales.

‘Another woman raised the alarm after opening the box and discovering what it contained inside.’

Civil Guard are understood to have raced to the flat near the town bullring where the box had been left on Saturday. 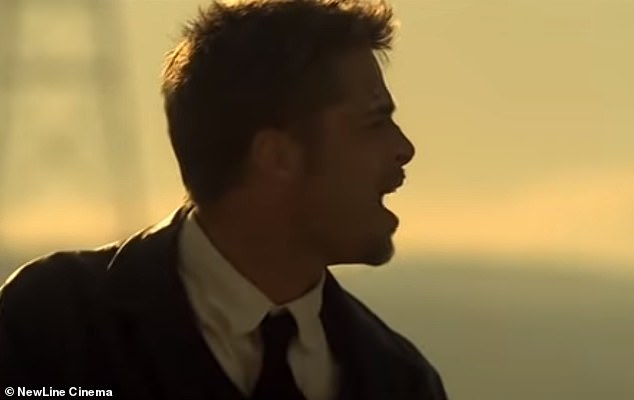 It was not immediately clear how long it had been in the property.

The man who disappeared in February is believed to be Spanish. He has not been named.

Tests are now taking place to confirm whether he is the person the head belongs to.

The film ends with a horrific twist when the head of Brad Pitt’s character’s wife Tracy, played by Gwyneth Paltrow, is delivered by courier in a box and dropped off in the desert.