A woman who filmed police officers from her own front garden was arrested after she refused to put her camera down.

Emily Good found herself in handcuffs after filming police arresting a man just outside her New York home.

The 28-year-old was charged with obstructing governmental administration after officers say she refused the police officer’s order to leave her front yard and go inside.

Her arrest in Rochester, New York, has sparked a media frenzy over the filming of police officers.

Miss Good’s video, illuminated by police sirens, begins by showing a man being questioned by a police officer at about 10 p.m.

‘I just got out of the house, man, I’m sick, man’, the man who has been pulled over can be heard saying.

He is led away in handcuffs and one of the officers then turns towards the camera and asks: ‘You guys need something?’ 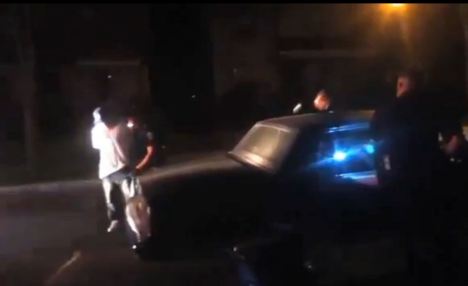 ‘Actually, not from the sidewalk,’ the officer replies.

The video, uploaded to the Internet this week, more than a month after Miss Good’s May 12 arrests, has raised questions over whether she was within her rights to film or should have listened to police and gone inside her home. 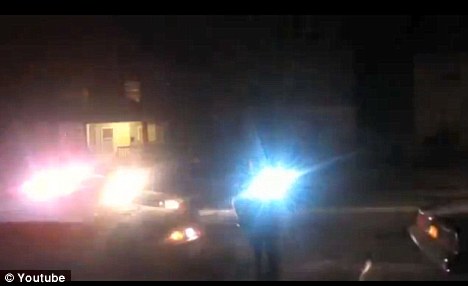 Caught: The moment officer’s realise they are being filmed and start to question Miss Good

Mr Mazzeo says what can’t be ignored is the danger police find themselves in on a daily basis and says the fact that she’s on her property is insignificant.

‘I think she was certainly trying to engage the officers, in my opinion, and that’s what’s so dangerous because it’s a distraction to what these officers are doing,’ he added. 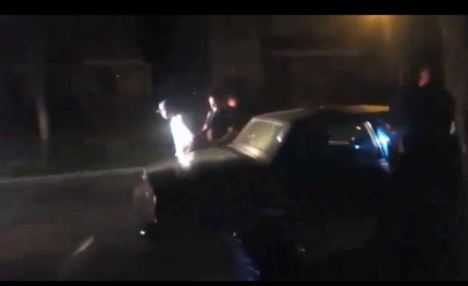 Led away: the film shows the officers treatment of their suspect

The police chief has ordered an internal investigation of the incident.

Mr Mazzeo says the officer told him Miss Good claimed to know the man that was being frisked in the video.

He says because she claimed to have an association with the man, the officer had further reason to be concerned about her demeanour.

The police chief pointed out that no formal complaint has been made by Miss Good.

Her lawyers says it’s because Miss Good has been researching a possible civil claim.