A woman has been arrested on suspicion of murder following the death of a boy younger than 10.

Police were called to a property in Rochford, Essex, at around 9.50am this morning following concerns for the welfare of the young boy.

Locals say the boy died while visiting his grandparents and police have confirmed the woman who was arrested is in her 30s.

Amy Green, a neighbour, said: ‘It’s sad, especially with a child the age he was, it’s really terrible. There’s not a lot of crime in this area and you never imagine something like this could happen on your doorstep.’

He was taken to hospital by air ambulance but later died of his injuries, the nature of which are not yet known.

Police tape sealed off the house in Rochford, Essex where the boy was found. The boy, younger than 10, was airlifted to a nearby hospital 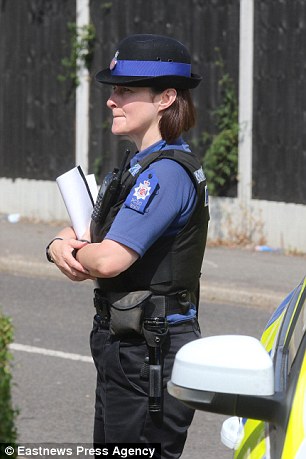 Police have not released details of the boy, the woman arrested or any relationship to each other

Police have not released details of the age of the boy or his relationship to the woman, who is in her 30s. A post mortem is due to be carried out.

One witness said: ‘I saw the ambulance pull up and they put someone in there.

‘I know a young boy died but I’m not sure how old he was. It’s just horrible.

‘They are lovely people in that house, I’ve known them for a long time It’s their grandson, it is just terrible.

‘I heard loads of banging upstairs, but I’ve no idea what it was.’

A neighbour said the boy is of ‘primary school age’ and is believed to have been being looked after while his mother was at work.

The woman, who asked not to be named, said: ‘All I heard was that the kids were looked after by someone else while the mum was at work.

‘Everyone just knows of them, I’ve never been round for a coffee or chatted to them outside or anything like that.

Warren Bye, 29, who lives nearby, said: ‘I saw one police car driving off and there was a lady in the back of the car.’

Another witness, who asked not to be named, said: ‘I saw a few ambulances, then a police car and then more paramedics and police and I started think, ‘Oh God something bad is happening here’.

‘The Air Ambulance landed in the school and I spoke to the person who drove the paramedics over, who said all they saw was someone in the back of a land ambulance receiving CPR.

‘It’s horrible, I’ve lived here for 35 years and never seen anything like this.’ 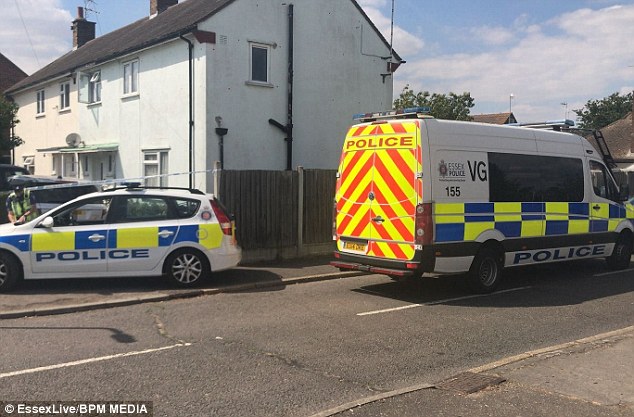 Amy Green, a neighbour, said: ‘It’s sad, especially with a child the age he was, it’s really terrible’ 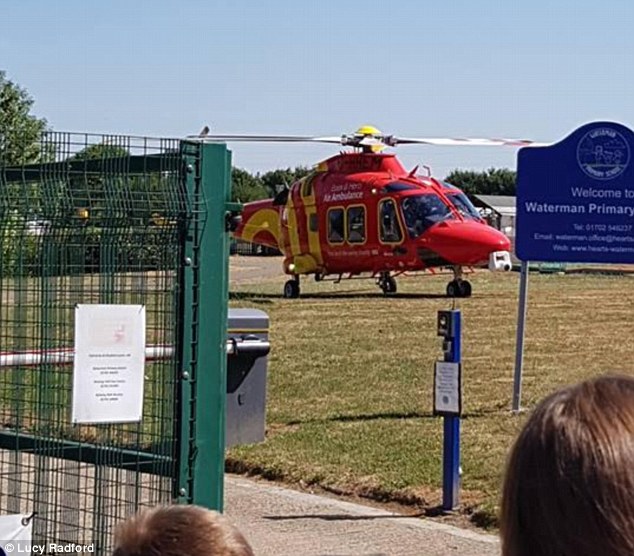 An air ambulance landed at a primary school in Essex and paramedics battled to save a young boy. He tragically died and a woman was arrested on suspicion of murder 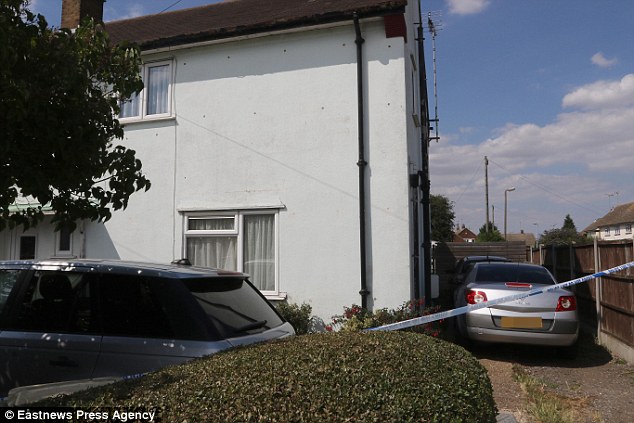 Warren Bye, 29, who lives nearby, said: ‘I saw one police car driving off and there was a lady in the back of the car’ 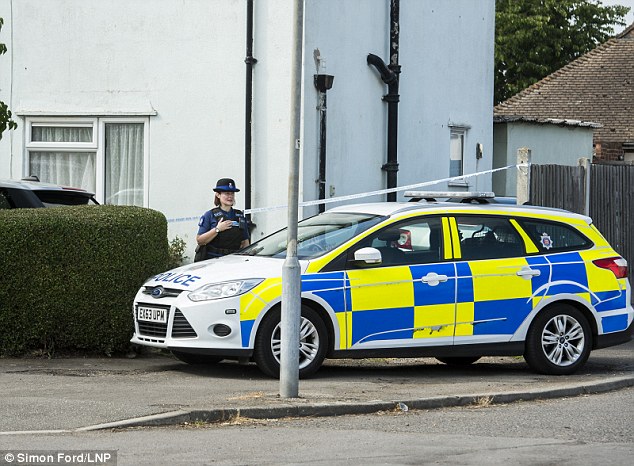 Detective Inspector Stuart Truss, from the Kent and Essex Serious Crime Directorate, said police were at the early stages of the investigation but are not looking for anyone else in connection with the boy’s death

Another eye witness, who asked not to be named, said: ‘I was in my back garden when I heard the helicopter circling.

‘I went out to post a letter and to my amazement I saw two ambulances, four police cars and two emergency vehicles and an unmarked police car.

‘Everyone was standing outside the houses asking what was going on. I said I thought it must be serious as they wouldn’t have sent that for a burglary.

‘There must have been a suspicious death or someone has been attacked.’

Detective Inspector Stuart Truss, from the Kent and Essex Serious Crime Directorate, said: ‘We are in the early stages of our investigation and we are still trying to piece together the circumstances leading up to boy’s death.

‘At this stage we’re not looking for anyone else in connection with our investigation and we ask that members of the community respect the family’s privacy during this difficult time.’ 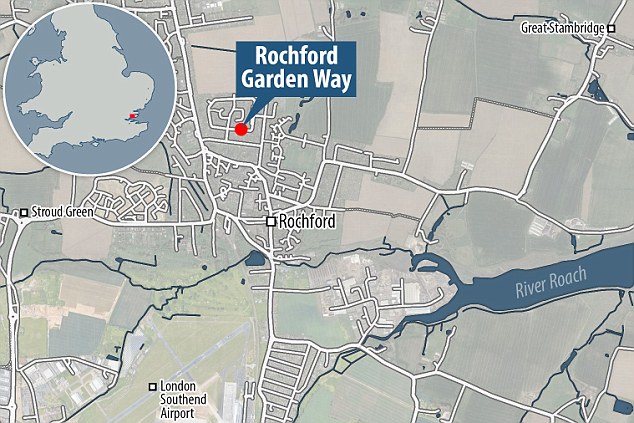 A spokesman for Essex Police said: ‘We have launched a murder investigation following the death of a child at an address in Rochford today, Monday, July 23.

‘We received a call concerning the welfare of a boy at a property in Rochford Garden Way at around 9.50am.

‘We attended the scene and the victim was taken to hospital by air ambulance, however, he sadly died shortly afterwards from his injuries.

‘We arrested a woman at the scene on suspicion of murder and she remains in custody for questioning. We have cordoned off the property while our investigations continue.’

A spokesman for the East of England Ambulance Service said: ‘We were called to reports of an incident in Rochford this morning just after 10am.

‘We sent multiple units and the Essex and Herts Air Ambulance to the scene to treat one patient, a boy. Despite the best efforts of all involved, the patient sadly died.’