A woman has revealed how a row over portion-size is threatening to destroy her relationship with her mother-on-law.

Posting on Mumsnet, user AldiAisleOfTat, described how she’d been offered a minuscule roast dinner by her relative while her husband and father-in-law were piled high.

After asking for more food, the woman, who describes herself as ‘fat’ said her mother-in-law told her there was none – and the roast-fuelled domestic has now exploded into a full-blown row.

Meagre! Mumsnetter AldiAisleOfTat shared details of her awkward encounter at her mother-in-law’s dining table when she was served up ‘a single roastie, a slice of breast meat and two tablespoons of veg’ Bank holiday drama! This dissatisfied diner took to social media to share the row she’d had with her mother-in-law over portion size

Explaining the background to the bank holiday bust-up, she said that her relationship had generally been good with her husband’s mother. She entitled the post ‘penis portions’, saying men at her mother-in-law’s table have always been served more than women.

She wrote: ‘Generally I like MIL. Our relationship isn’t that bad, however, I’m fat and she really really can’t cope with the idea that I’m not crash dieting. She is permanently on a diet.’

After being served up ‘a single roastie, a slice of breast meat and two tablespoons of veg’, the woman politely asked for more, only to be told that all the food had been served up already.

The resulting tension saw the not-sated woman retreat to the pub with her husband, and the pair decided to have a fish and chip supper on the way home – a decision which enraged the mother-in-law, who then called the woman a ‘pig’.

Reaction: The responses to the post were overwhelmingly against the mother-in-law

The roast-dinner domestic continued with the woman firing back that her host should serve equal amounts of food to both genders: ‘She then made some comment about me being a pig once we were inside.

‘I replied that if she was a decent host who served adequate food to both sexes then we wouldn’t still be hungry, and left as soon as we were safe to drive (mid-morning)’

After deciding to leave the icy atmosphere behind the next day, the woman reveals her dilemma, should she call her mother-in-law and smooth over the cracks?

Almost overwhelmingly, the Sunday luncher found herself supported by fellow users, with many saying she shouldn’t phone to apologise because she’s done nothing wrong – and she’d been called a pig. 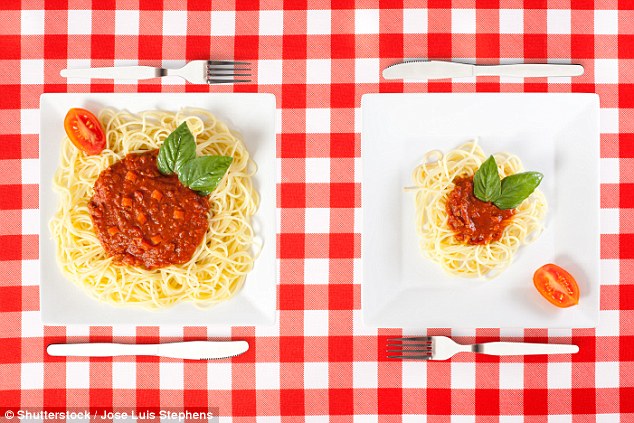 The woman accused her mother of serving up ‘penis portions’; essentially offering bigger servings to male guests than female guests

KC225 rallied: ‘I wouldn’t want to call her. She was rude and you retaliated. However, it could be one of these Mexican stand-offs that escalates because no one backs down.’

tangoed2 added: ‘Absolutely don’t call her, your DH can do it instead and tell her she was rude to give you the food she did (although I suppose from a good place in her eyes) but to outright call you a pig is another lever rude and she should be saying sorry immediately.’

thewreckofthehesperus said sorry should be coming in the other direction: ‘She called you a pig. I would definitely be wanting an apology for that one and I wouldn’t be picking the phone up first either.’

Others felt that the fish and chip dinner wasn’t entirely the right way to remedy the tension.

MrTrebus wrote: ‘I think it was a bit rude to go and get p***** and then eat in her garden. Fair enough eating whilst you’re out etc but although she sounds like a dingleberry.