Holly Marie Collino was charged with homicide on Tuesday

An Arizona woman has been charged with murder in what police say was a random act of violence after she gunned down a woman in Brockport, New York.

Holly Marie Collino, 31, was arraigned on Monday on homicide charges after authorities alleged she killed Megan Dix last Friday in cold-blood while she was taking her lunch break.

Authorities say that Collino shot Dix in the head in a parking lot on South Avenue while sitting in her vehicle, adding that no prior relationship existed between the two women.

‘Megan Dix, a 33-year-old young mother and wife, was senselessly murdered in this random and heinous act of violence,’  NBC affiliate WHEC 10 quoted Sheriff Patrick O’Flynn as stating, adding ‘this could have been anyone.’ 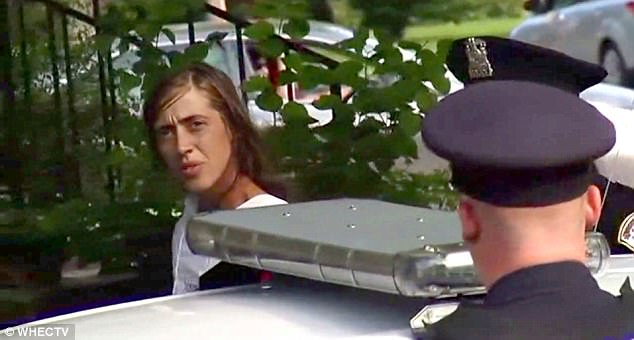 Collino denied that she had any involvement in the incident before her arraignment, according to WHEC 10.

Dix’s brother, Donnie Duncanson, told the broadcaster that news of Collino’s arrest has given the family some solace following a tragic week.

‘When we had seen it on the news that… they had a suspect in custody, I think that was the first time I was able to drink or eat anything in four days,’ Duncanson said.

‘It was like this thing in your stomach that was relieved a little bit,’ he added. 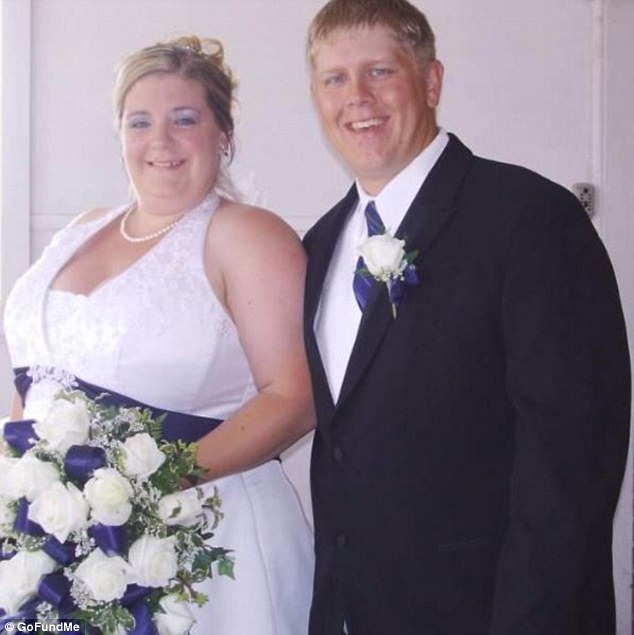 Collino was arrested later in the week after she had pointed a gun at employees at a restaurant in Henrietta.

‘Deputies responded to Sticky Lips in Henrietta for an employee who had a gun pointed at her head,’ said Sheriff O’Flynn.

‘The suspect was located at a hallway in the Holiday Inn on Jefferson Road. After a brief struggle, the suspect was taken into custody.’

Police say Colino was living in Arizona but had previously lived in the Brockport area between 2011 and 2014.

A GoFundMe page has been set up by the family to help with expenses.