A terrified woman has claimed she saw a UFO hovering near her Brisbane home in the early hours of the morning for five days running.

The resident of Deception Bay in north Brisbane described the UFO as a ‘triangular craft’ that flashed the peace sign and terrified her cats.

UFO Research Queensland Inc said the humming left the woman ‘feeling dizzy, nauseous and had given her a headache’.

She said she saw the object in the sky for five consecutive days in early June between 1am and 3am.

A woman said a large triangular UFO hovered near her home for five nights between 1am and 3am leaving her feeling sick and dizzy. Pictured is a CGI render of a triangular UFO

‘She estimated the UFO to be travelling higher than a plane and moving backwards and forwards over the area,’ the research group said.

‘The first time it was observed for 30 minutes and other occasions it was seen for approximately 15 minutes.’

The woman claimed to have previously seen a similar triangular UFO  hovering over Basin Reserve on New Zealand’s north island.

‘On this occasion there were five witnesses who observed a black triangle with no lights but subtle yellow lighting around the craft which she thought had something to do with the propulsion system,’ UFO Research Queensland Inc said.

She said the unidentified aircraft hovered for around 15 minutes before it quickly flew away. 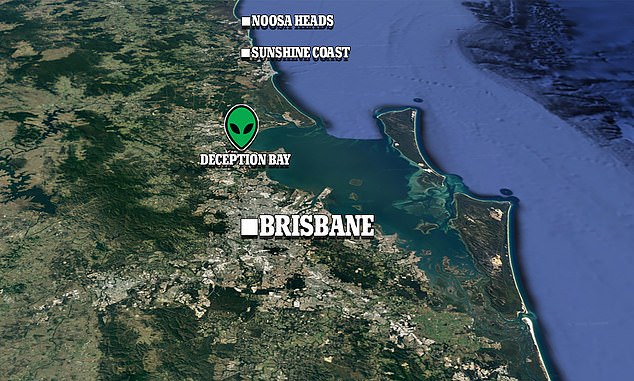 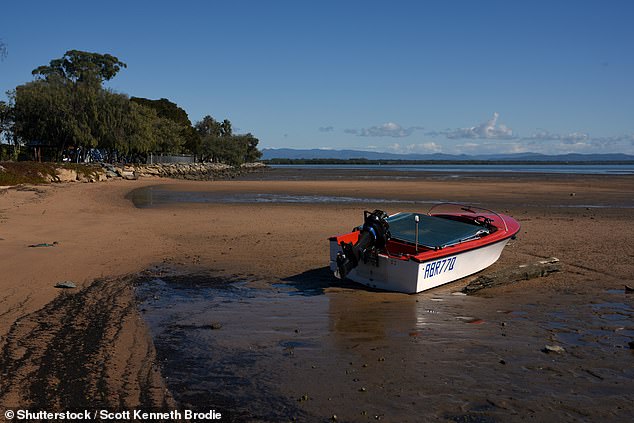 While some UFO watchers were sceptical another woman said she saw the same aircraft at Hervey Bay, just three hours north of Deception Bay (pictured)

While many avid UFO watchers were keen to believe the sighting others were more sceptical.

‘If I was watching a UFO for five nights for around 30 minutes you bet I would have recorded something,’ a woman said.

While another said she had seen the same aircraft hovering around Hervey Bay, three hours north of the woman’s sighting, back in March.