A young man who allegedly cat-called a woman was forced to hide his face in shame after one of her friends pulled out a phone and started filming him.

The TikToker, fed-up with men making unsolicited sexual advances toward her ‘bestie’, started recording as the pair were walking through a train station in inner Sydney.

Footage shows her following the man around urging him to repeat his alleged comments as he covers his face with his hands and shirt.

‘You want to say it again huh?’ she says, walking behind him.

‘You wanna say it again?’

The man can be seen rushing away as she follows closely behind, trying to film him.

‘Look at you hiding [behind your hands]. You’re such a little baby.’

In another video, the woman claimed the man’s friends were embarrassed and apologised to the women for his actions.

The clip has gone viral, racking up more than 2.8 million likes and 15,000 comments as people applauded the woman for calling him out.

‘This was so satisfying to watch,’ one woman wrote.

‘You are a queen,’ another added.

‘He got humbled real quick,’ a third said.

Cat-calling is a form of harassment, typically sexual in nature, that consists of unwanted comments or gestures. 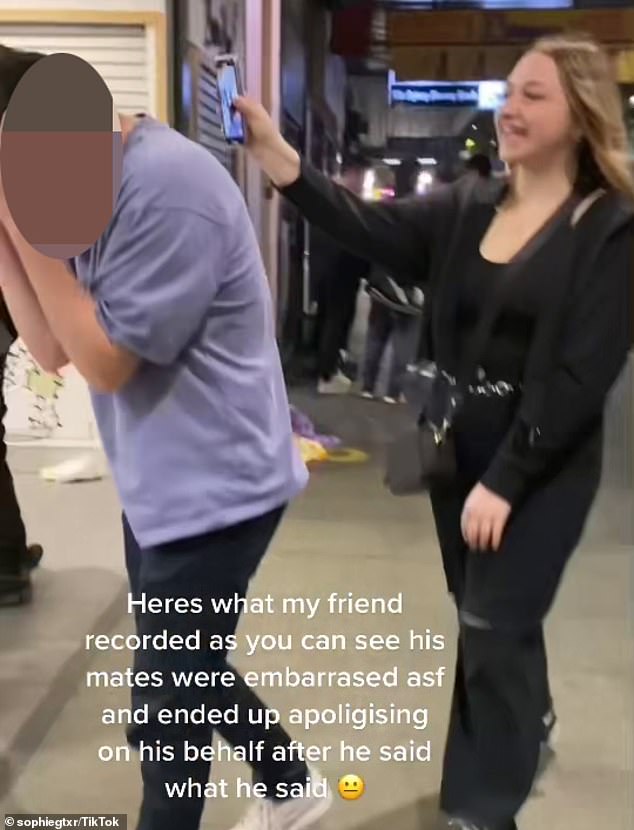