A woman took lying over the phone to another level when she told her Tinder match they had the same number in order to avoid speaking with him.

In a viral tweet, Hannah shared an interaction with her Tinder match, Patrick,where she convinced him they had the same phone number so she could avoid giving out her real one.

‘I just convinced a tinder boy we had the same number so i didn’t have to text him,’ she wrote online with grabs of her conversation.

Hilarious: A woman named Hannah shared a Tinder interaction on Twitter when she matched with a guy named Patrick 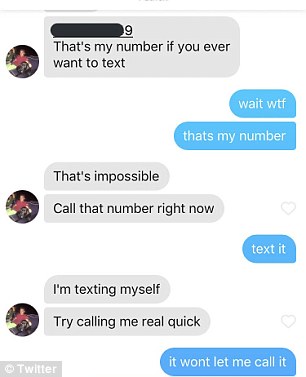 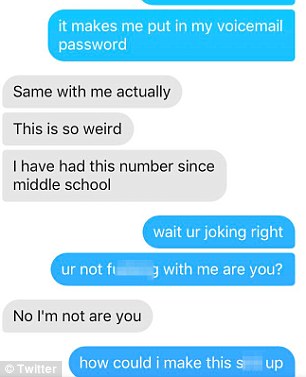 Confused: She told Patrick they had the same number in order to avoid texting him 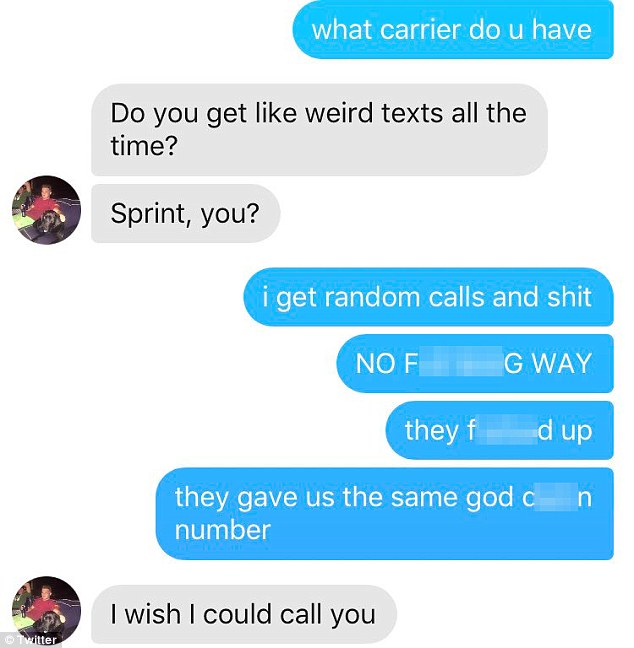 Gullible: The ploy was sold pretty well by Hannah and after awhile she convinced Patrick that they had the same number

Patrick first messaged his phone number in case she ever wanted to text him.

The naive Tinder match had no idea Hannah was messing with him and proceeded ask how their numbers could be the same.

After he told Hannah to give him a call, she asked him to text the number to see what happens.

The confusion only continued as Hannah lied and said that when she called his number it went straight to her voicemail box.

‘Same with me actually,’ Patrick responded. ‘This is so weird. I have had this number since middle school.’

Instead of fessing up about the drawn-out lie, Hannah only continued to string Patrick along to her amusement.

The pair bonded over both having Sprint phones and supposedly getting contacted by people all the time who are trying to reach someone else.

‘I wish I could call you,’ Patrick said before the conversation came to an end. 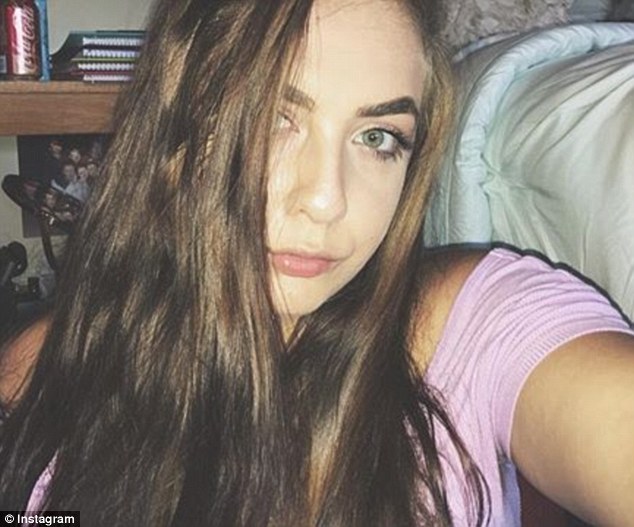 Brilliant: After posting the interaction on Twitter, Hannah’s tweet was shared more than 97,000 times to the amusement of other people online 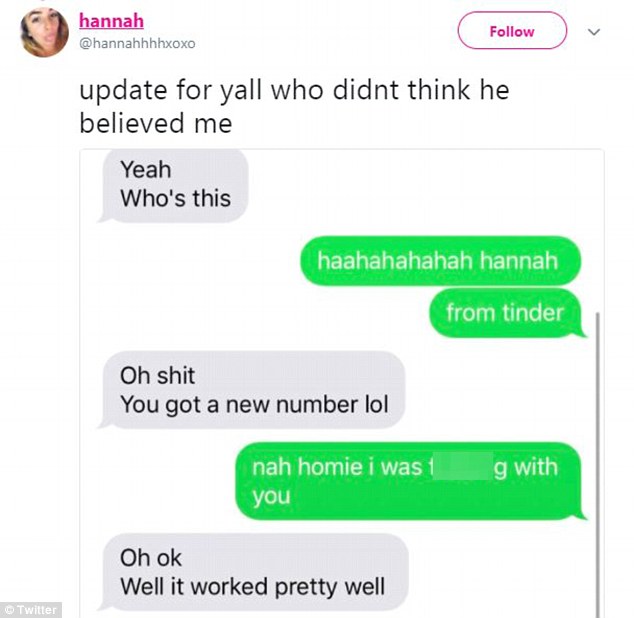 Update: Some people questioned if Patrick was actually that naive, so Hannah revealed their interaction after she texted him 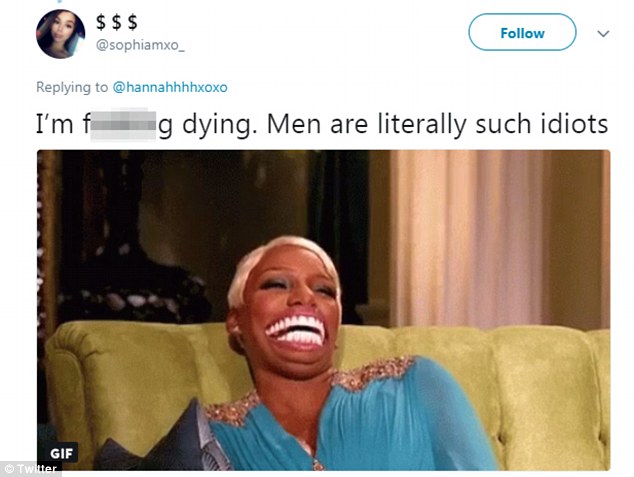 Funny: Many people online commended Hannah for her brilliant trick

Laughing: The one line people loved was when Patrick said all he wanted to do was call Hannah

True: But other people thought Hannah should be mature and talk to him instead of making up a lie

Hannah posted the conversation on Wednesdya, and it was shared more than 97,000 times.

But people began to call out Hannah saying that Patrick was only pretending to play dumb over having the same number so that she would keep talking to him.

In response, she posted another conversation between the pair where she actually texted him using her real number.

After telling Patrick that it was Hannah from Tinder, he proceeded to ask if she went to get a new phone number.

‘Nah homie i was f**king with you,’ Hannah responded.

People online were torn on if Hannah’s joke was brilliant or cruel to the unsuspecting Tinder match.

‘I’m dying. Men are literally such idiots,’ one person wrote in response to the viral tweet.

But another person couldn’t understand why Hannah wouldn’t want to speak with the guy after matching.

Well as the saying goes…all is fair in love and war and Tinder matching. It remains unclear if Patrick and Hannah continued to speak after she revealed her prank.