A woman credits her cat for saving her life after it jumped on her stomach and discovered a lump that turned out to be ovarian cancer.

Gill Kelly, 53, from Huddersfield, had originally dismissed her symptoms of bloating, erratic periods and fatigue, as signs of the menopause.

The mother-of-two combated the problem by taking up swimming – but Humbug, her feline friend, thankfully helped her detect the real issue in 2017.

She jumped on her owner’s stomach causing Gill to cry out in pain because Humbug had pounced on a lump.

Gill immediately visited her local doctor and was diagnosed with ovarian cancer in October 2017, with the 17cm mass tumour, weighing 2kg, being removed in the November.

Sadly, Gill lost her mother to ovarian cancer just months after her own diagnosis, having battled it for seven years.

Gill Kelly (pictured with her pet), 53, from Huddersfield, credits her cat for saving her life after it jumped on her stomach and discovered a lump that turned out to ovarian cancer

Gill said: ‘Humbug jumped on my stomach one night when I was in bed. I cried out with the pain, prompting me to go to the doctor immediately to get it checked out.

‘I was lucky because it’s not an easy disease to diagnose, but my GP at Westbourne Surgery in Marsh suspected it from the pain I had.

‘I was lucky. I caught it early enough on, so that when I was diagnosed I was only at stage 1A,’ Gill explained. ‘I was told I wouldn’t need any further treatment, just three-monthly blood tests and check-ups at my local Macmillan Unit.’ 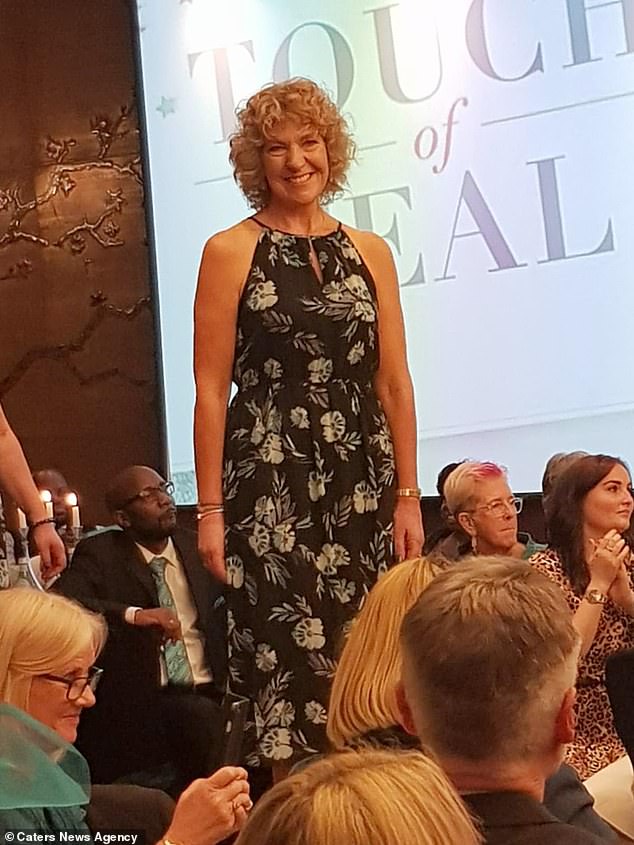 Gill (pictured) had originally dismissed her symptoms of bloating, erratic periods and fatigue, as signs of the menopause 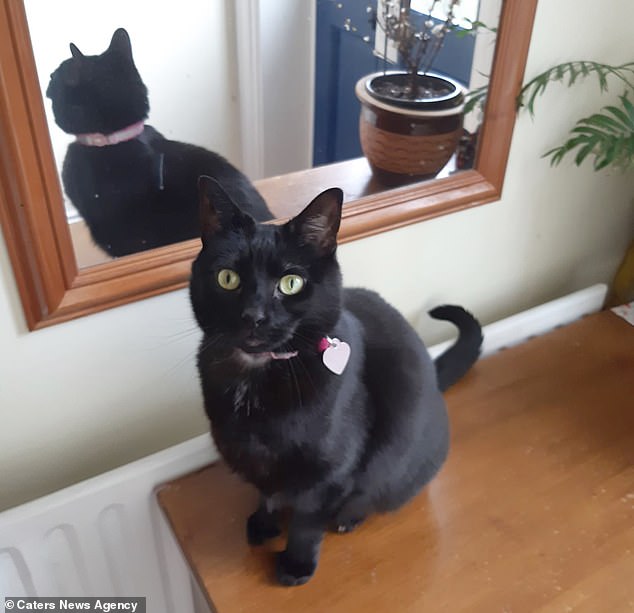 The mother-of-two combated the problem by taking up swimming – but Humbug (pictured), her feline friend, thankfully helped her detect the real issue in 2017

Gill – who is a former model and has also worked as a special educational needs assistant – credits Humbug with saving her life.

She also thanks the feline for reviving her career as a model – because now, Gill has become the face of a ‘Touch of Teal’ – a modelling group set up by Ovacome, an ovarian cancer charity.

Gill said: ‘I found out in August last year that I had been selected along with 15 other amazing women to be a Touch of Teal model – the colour that the charity I came to rely on, Ovacome, uses for its identity.

‘I’d done modelling from the ages of ten to 18, but I never expected to return to it in such a fashion. 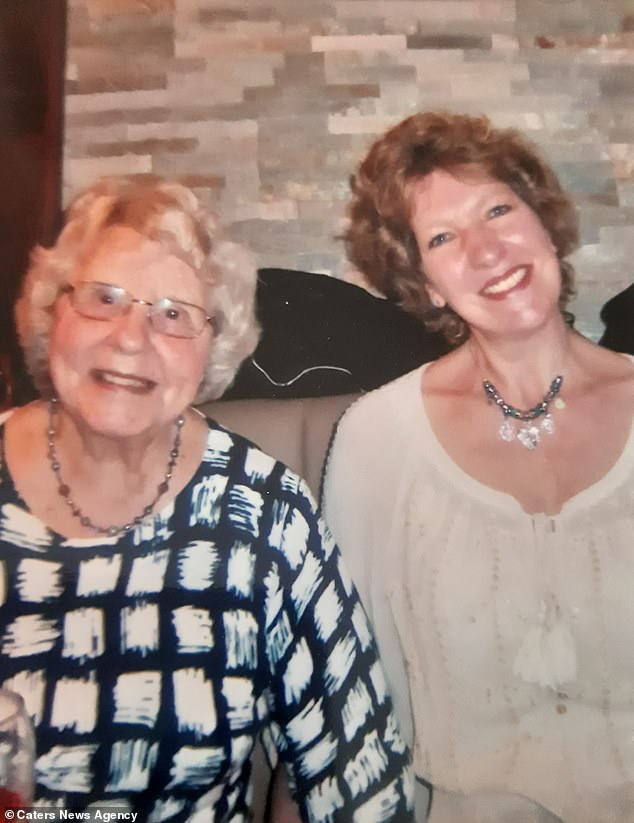 ‘But now I get to do it in memory of my lovely mother, who I lost to ovarian cancer – she died just months after my own diagnosis, having battled it for seven years.’

Gill’s cyst was removed from her right ovary at St James’s hospital, Leeds, and it was only in December that it was confirmed as cancerous.

Gill said, ‘That was when my world stopped. I felt like a completely different person to the confident, capable and optimistic one I’d been before diagnosis.

‘But Ovacame helped me deal with the emotions and I’m able to see how lucky I was, that there was life after diagnosis – I just can’t believe it was all thanks to a cat!’

WHAT ARE THE SYMPTOMS OF OVARIAN CANCER?

Discomfort in your tummy or pelvic area

Feeling full quickly when eating, or loss of appetite

Needing to pee more often or more urgently than normal

Other symptoms can include:

A change in your bowel habits

Feeling tired all the time

You have other symptoms of ovarian cancer that won’t go away – especially if you’re over 50 or have a family history of ovarian or breast cancer, as you may be at a higher risk

It’s unlikely you have cancer, but it’s best to check. Your GP can do some simple tests.