The mystery surrounding the whereabouts of a Chihuahua toy poodle cross named Cupcake has sparked an interstate custody dispute.

On Monday, Gold Coast woman Bianca Hildenbrand pleaded for the return of her much loved dog – three years after she left Cupcake with a seriously ill pet sitter while she went travelling overseas.

She received the dog, now 10, as a present from her mum when she was finishing high school, and described her as the ‘best dog you could ever ask for’, who loved everyone and other animals.

Ms Hildenbrand told A Current Affair her mother had stayed in regular contact with the pet sitter and contributed money towards Cupcake’s food and vet bills, but eventually lost contact with her.

A devastated Ms Hildenbrand reported her microchipped dog missing on the Australasian Animal Registry database when she returned home earlier this year.

She claims she then received a call from a vet clinic in Adelaide, who said her pet sitter had moved to South Australia and since passed away in a nursing home.

Cupcake was then adopted by a woman, only known as Elizabeth.

Desperate for Cupcake’s return, Ms Hildenbrand asked the clinic to pass on her contact details, but claims the new owner never got in touch. 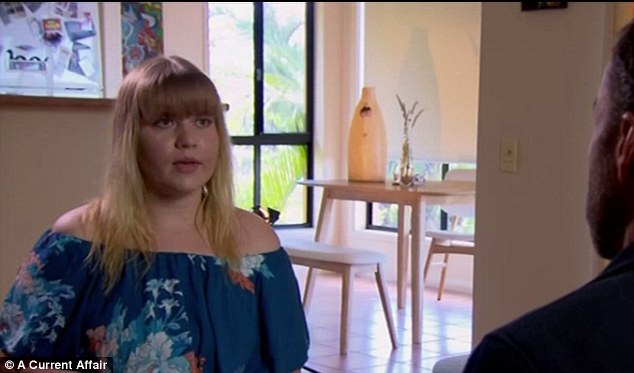 Bianca Hildenbrand (pictured) was devastated to learn that Cupcake wouldn’t be returned to her, despite being the dog’s rightful owner 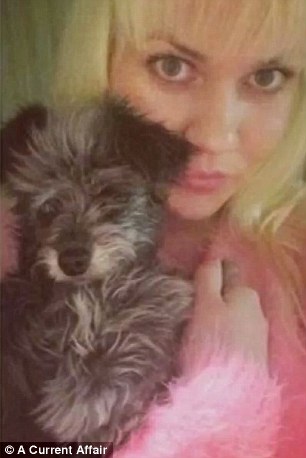 Bianca misses her pooch, describing Cupcake as the ‘best dog you could ever ask for’

Ms Hildenbrand said she has spoken out to raise awareness about flaws in Australia’s microchipping system.

While most states have laws requiring pets to be microchipped, she said she’s angry a microchip doesn’t prove ownership.

‘I feel like there’s a major fault in the system, the microchip should mean something,’ she told A Current Affair.

She said she is now considering legal action.

She insisted she’s not angry with Cupcake’s new owner, as she was unaware the dog was missing, but wants reassurance her dog is being well looked after.

‘I’m kind of torn between, I want Cupcake back, and what I think is best for Cupcake. She’s now ten-and-a-half years old,’ Ms Hildenbrand said.

‘I basically just want to know that my dog is in good hands and that someone’s caring about my dog as much as I do.’