Hedda Martin needs a new heart – but the hospital were she is being treated turned her away with the curt instruction to raise money instead.

Since October, Hedda a single mother of an adult son who walks dogs and watches pets in her retirement, has been hospitalized twice for her failing heart.

Before she could even get on the transplant list to wait six months or more for her new heart, Spectrum Health in Grand Rapids, Michigan turned Hedda away, citing not other health issues, but her finances, as the reason the company doubted her ‘viability.’

Spectrum had an alternative recommendation: ‘fundraising $10,000.’

Hedda Martin (left) is in heart failure, but was denied a life-saving heart transplant and told instead to raise $10,000. Her son, Alex Britt (right) helped her start a GoFundMe page and they’ve raised far more than the hospital asked for, forcing Spectrum Health to reconsider

Hedda is one of about 3,000 people waiting for a heart transplant at any given moment.

She is in heart failure, meaning that her heart is unable to adequately distribute blood throughout her body, either because not enough blood is filling the organ up or because her heart muscle has become too weak.

Heart failure describes a few different ways that the heart’s function can decline and can have one of several causes, including high blood pressure and heart disease.

One can live with heart disease for some time, and Hedda has.

But she is now past the point that changing her diet, or being a non-smoking or active person will keep her heart going.

Instead, Hedda was put on blood pressure medication, Milrinone, delivered through an IV, that made her blood easier for her heart to pump.

She started the drug earlier this month. Immediately, she felt its effects, and posted on Facebook that she felt like she ‘could walk 5,000 miles.’

But she knew a big crossroads was ahead – and out of her hands. 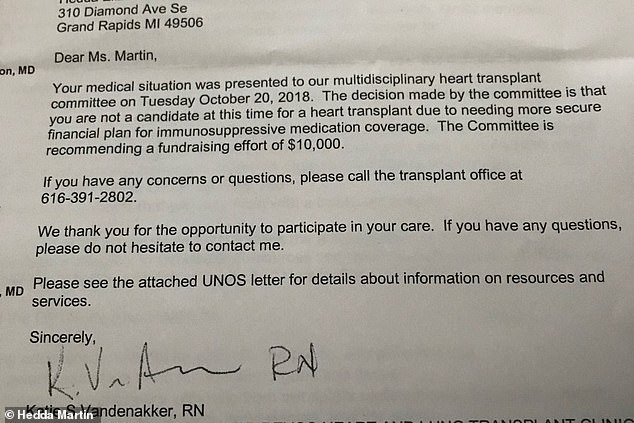 Spectrum Health sent Hedda a brief letter notifying her they’d denied her transplant and effectively told  her to come back and try again after she’d crowd-funded $10,000

‘The BIG decision will be made tomorrow night by the transplant team,’ Hedda wrote.

Her transplant team at Fred and Lena Meijer Heart Center near her home in Grand Rapids, Michigan, would have to determine if Hedda should stay on the blood pressure medicine and nothing else, or get an LVAD.

If they chose the first option, it could ‘land me here [in the hospital] for several months,’ while she waited for a new heart.

Alternatively, she could be implanted with an LVAD (left ventricular assistance device), which would help her heart pump harder – but would mean she would not be considered in dire need of a heart transplant, and probably wouldn’t get one for years, if ever.

There were clear medical and quality of life benefits and costs to each option, and Hedda herself torn as she awaited the transplant committee’s recommendations.

But the letter she got from Spectrum was about something else altogether.

Spectrum determined that Hedda was not fit for a new heart, but not due to strictly disqualifications. 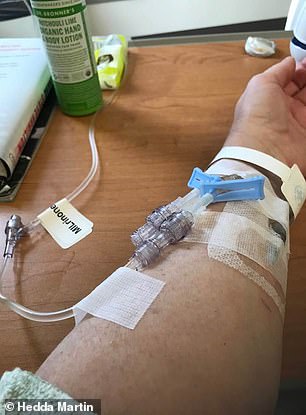 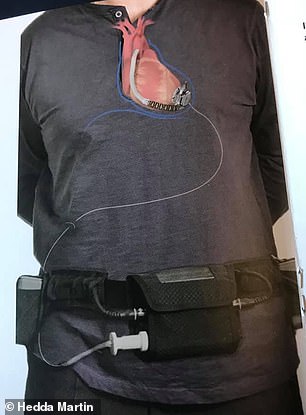 ‘The decision made by the committee is that you are not a candidate at this time for a heart transplant due to needing [a] more secure financial plan for immunosuppressive medication coverage,’ a nurse name Katie Vandenakker from the heart and lung transplant clinic wrote to Hedda.

‘The committee is recommending a fundraising of $10,000.’

Heart transplants – and the drugs required to ensure that they aren’t rejected – are tough and expensive.

But nowhere in the updated International Society for Heart and Lung Transplantation (ISHLT) Heart Failure and Transplantation guidelines on heart transplants is money listed as a criterium.

In fact, the first update to the guidelines in over a decade – published in 2016 – expanded eligibility for heart transplants to include more people, including those with BMIs once considered too high for giving them new hearts to be safe and worthwhile, and people living with HIV.

The association does name financial considerations as a reason for exclusion – but it doesn’t prohibit hospitals’ transplant committees from taking money into account when reviewing patients.

For these institutions, transplant decisons are a careful calculation, as much about helping a patient as making sure the organs remain ‘viable.’ 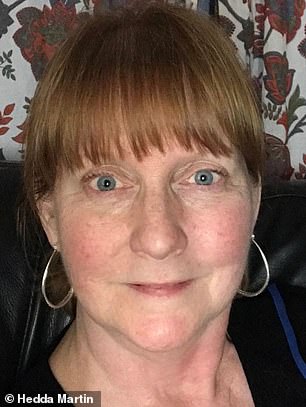 Hedda knew that Spectrum Health’s transplant committee might decide it was better for her to spend the next several years with a heart pump, but did not know money was a factor

In an emailed statement to the Daily Mail Online, spokesperson Beth Cranson said: ‘While it is always upsetting when we cannot provide a transplant, we have an obligation to ensure that transplants are successful and that donor organs will remain viable.

‘While our primary focus is the medical needs of the patient, the fact is that transplants require lifelong care and immunosuppression drugs, and therefore costs are sometimes a regrettable and unavoidable factor in the decision making process.’

Since Hedda was deemed too financially unhealthy for a heart transplant, the hospital prescribed her a fundraising campaign.

So, Hedda’s son, Alex Britt, started a GoFundMe page for her, and Hedda shared the Spectrum letter that left her ‘gobsmacked’ on Facebook.

The letter and Hedda’s campaign quickly went viral, even getting picked up by Congresswoman-elect Alexandria Ocasio-Cortez, who retweeted the letter and pointed to it as an example of systemic flaws in US healthcare.

Hedda was scheduled to have surgery to place the LVAD that would have kept her heart pumping but pushed her years down the heart transplant waiting line this morning.

But her GoFundMe campaign has been wildly successful, far surpassing its original $10,000 goal (The page now shows a $20,00 goal).

Her Facebook post was reported and taken down Monday morning, but not before it got the attention of the hospital. Hedda’s procedure was cancelled, so that the hospital could calculate its next move – and reassess her case.

Hedda’s battles with both the hospital and her heart condition are far from over, but at the moment, she is happy to have been heard, and for a second chance at a chance at a new heart.

‘Yesterday when the news was shared with me how viral this went and that the financial goal that the hospital gave me had been met, I was so overwhelmed by the love of people who know me and those who have never heard of Hedda Martin before,’ she wrote on Facebook.