In summer 2014, a viral video trend swept the internet of people shrieking as a bucket of ice was poured over them, before nominating friends to do the same.

The stunt, to raise awareness for the terminal disease ALS, was one of the most successful internet campaigns: more than 17 million people took part, raising $115 million for the cause.

Among them was Sunny Brous Erasmus, a then-27-year-old from Fort Worth, Texas, who, like many of us, took part for fun and out of ‘peer pressure’, reported PEOPLE.

She barely knew anything about ALS at the time – and never dreamed that just six months later, she would be diagnosed with the neurodegenerative disease that causes sufferers to lose the ability to chew, walk and talk.

Nearly five years later, Erasmus, 32, has not yet lost these abilities and hopes to show others that there is life after such a devastating diagnosis. 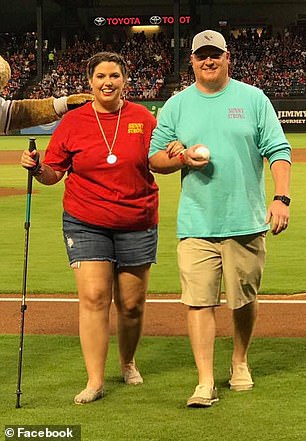 Sunny Brous Erasmus, 32, from Fort Worth, Texas, started having trouble moving her hands and feeling muscle weakness in April 2013. She participated in the ALS Ice Bucket Challenge in summer 2014. Pictured: Erasmus at a conference, left, and with her husband Kenneth at a Texas Rangers baseball game, right 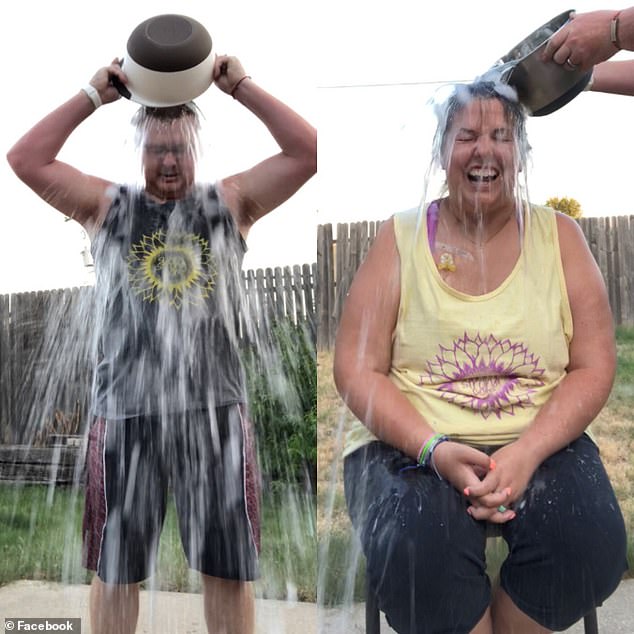 The campaign, which required people to dump buckets of ice over themselves, was to raise money and awareness for the degenerative disease. Pictured: Erasmus, right, and her husband doing the Ice Bucket Challenge in summer 2018

Erasmus’s symptoms first began in April 2013 when she noticed she couldn’t close her hand while playing a softball game.

‘At the time I was running the dorms for the local junior college, and I would just take hot baths all the time and hide from my dorm residents,’ Erasmus told PEOPLE.

Several diseases were ruled out – including Lyme disease and multiple sclerosis – over the course of 18 months.

It was during this period of multiple doctors’ appointments that she took part in the Ice Bucket Challenge.

In January 2015, Erasmus was diagnosed with amyotrophic lateral sclerosis, better known as ALS or Lou Gehrig’s disease after the New York Yankees player who was diagnosed in 1939.

It is neurodegenerative disease, which progressively damages nerve cells in the brain and the spinal cord.

There’s currently no cure and the average life expectancy from the time of diagnosis averages between two and five years.

‘It’s kind of an absurd thought to some people that I was relieved to be diagnosed with a terminal disease,’ Erasmus told PEOPLE.

‘I was so relieved to have an answer, even though it wasn’t the answer I wanted.’ 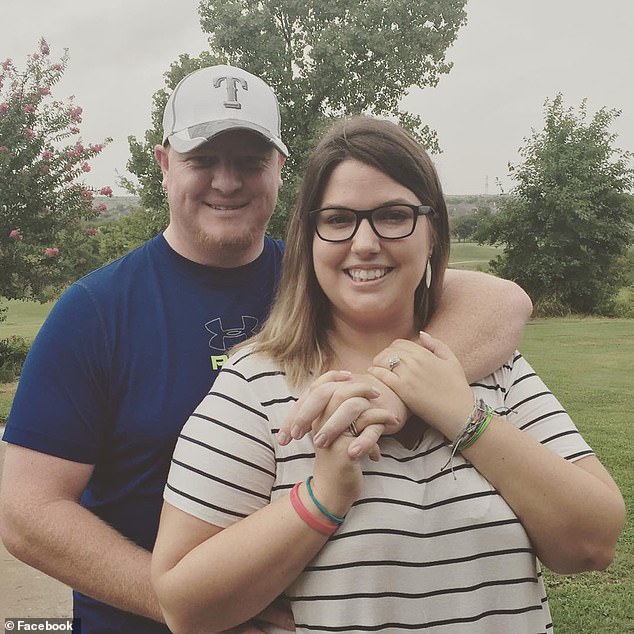 Erasmus was diagnosed with ALS, after 18 months of tests, in January 2015. Pictured: Erasmus, right, with her husband, Kenneth 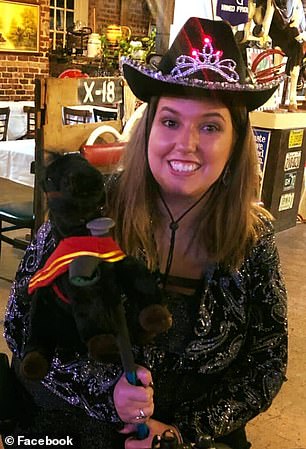 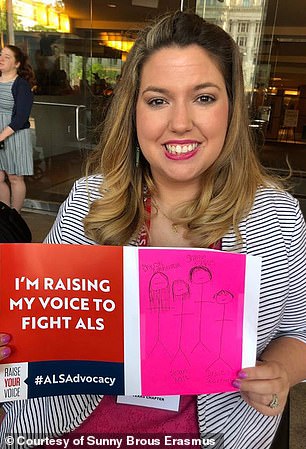 Almost five years later, Erasmus (left and right) has trouble waking but has not yet lost the ability to chew, walk and talk. She stopped working a year-and-a-half ago because she gets tired easily

It’s been more than four years since Erasmus was diagnosed and she is still able to eat, talk and even drive.

She currently walks with a walking stick or, sometimes, relies on the use of a wheelchair.

According to PEOPLE, Erasmus stopped working a year-and-a-half ago, particularly because she becomes fatigued very easily.

But she and her husband, Kenneth, have used this as an opportunity to travel and to raise money and awareness for ALS.

Erasmus also hopes that she can bring hope to other sufferers and show that life doesn’t end after being diagnosed.

‘ALS is so commonly thought of as this horrible terrible disease and it is,’ she told PEOPLE.

‘But what I think, rather than having a pity party, I’ve really been able to embrace the positivity of life and find the good in each day.’