A quick-thinking Florida woman managed to escape her abusive boyfriend after slipping a note to the staff at an animal hospital, police have revealed.

The 28-year-old woman, whose name has not been released, was allegedly beaten for days and threatened with a gun by Jeremy Floyd.

He beat her all of Wednesday and pointed a gun at her, according to the Orlando Sentinel. 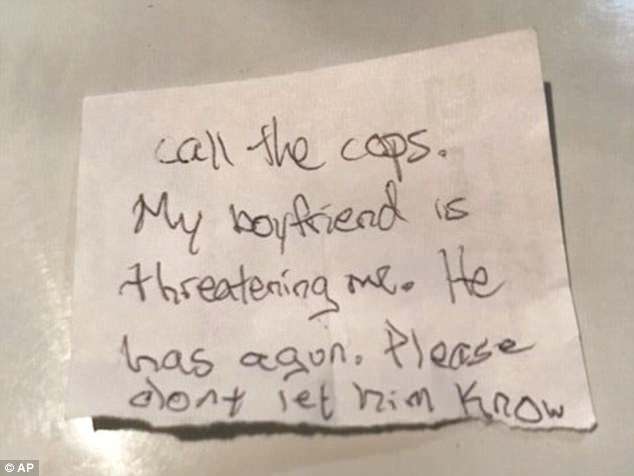 At one point during the fight they both struggled for the gun and two shots were fired.

Both of the bullets hit a wall and no one was injured by the gunfire.

The woman spent all of Thursday in bed with a head injury from the beating, according to police.

On Friday she managed to convince Floyd to allow her to take their dog to Deland Animal Hospital.

Floyd insisted on escorting the woman to the hospital and brought a loaded handgun, police said. 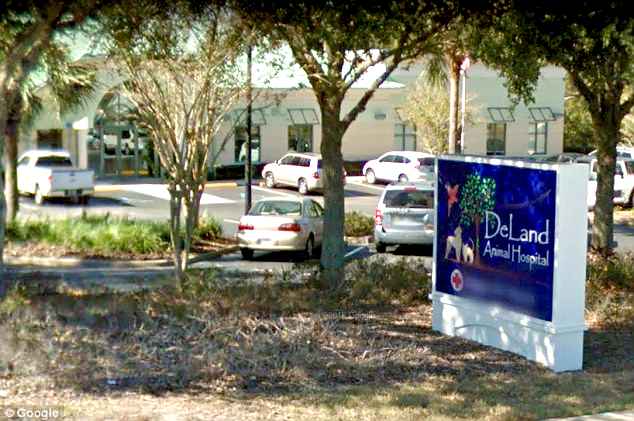 The woman had convinced Floyd to let her take their dog to the Deland Animal Hospital (pictured). He escorted her with a loaded handgun

During their drive to the hospital Floyd pointed the gun at her once again and threatened to kill her and her family, according to the Volusia County Sheriff’s Office.

When they arrived at the hospital, the woman passed the staff a note that read: ‘Call the cops. My boyfriend is threatening me. He has a gun. Please don’t let him know.’

Officers arrived a the scene and took Floyd into custody. His gun was also confiscated.

The woman, who was ‘visibly injured’, was treated at the hospital for a black eye, head injury, and bruised arm.

Floyd is being held without bail at the Volusia County Jail.