Woman falls while taking picture at the top of a waterfall

A 30-year-old woman was rushed to the hospital on Sunday after slipping and falling off a waterfall while taking a picture.

The unidentified victim from the Avalon area wandered off the trail to take a picture at the top of Kildoo Falls to take pictures.

At the top of the falls, she slipped and fell about 30 feet onto rocks below. 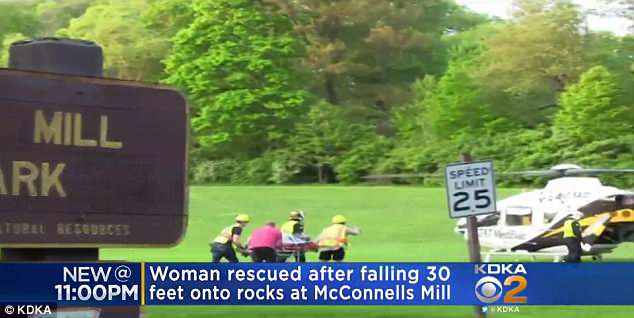 Rescuers rushed to the scene, and repelled down the waterfall to retrieve her – an effort that took about 30 minutes.

A witness told KDKA that the woman appeared to have a head wound that was bleeding.

After the fall, the woman was knocked unconscious but she was still breathing.

She was transported from the park on a stretcher, and taken by helicopter to the hospital in serious condition. 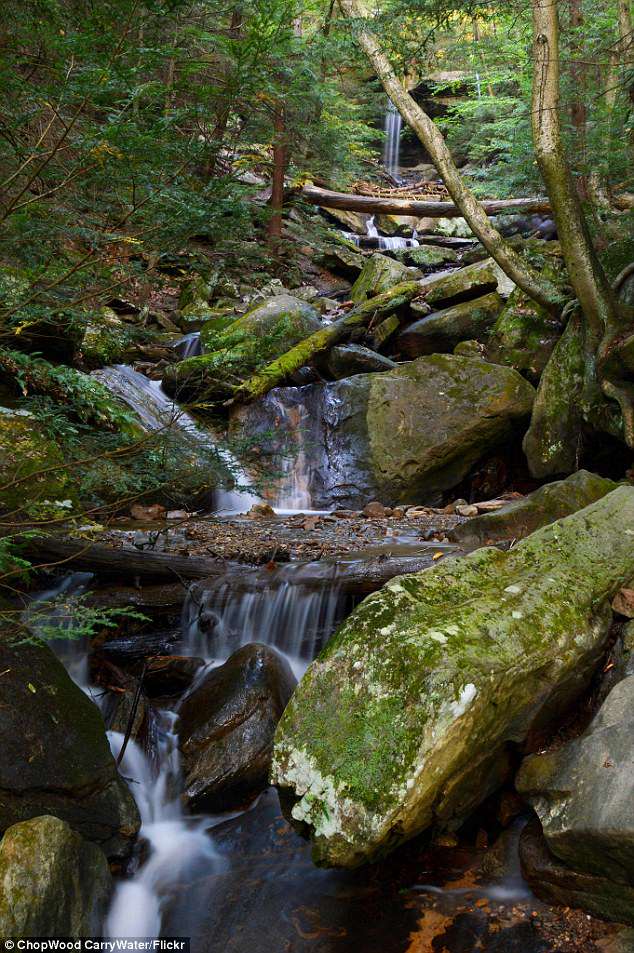 A view of Kildoo Falls pictured above. The park manager says that visitors are warned not to stray off the trails, as the woman had

It’s unclear if her condition has improved since then, since her identity has not been released.

Park Manager Dustin Drew told Trib Live that accidents have happened at the falls before, but noted that the top of the falls is off the trails and they ask that all visitors stick to the trails.

‘McConnells Mill in particular, the topography of that area, just brings with it some inherent risks that have to be taken into account. When those risks are forgotten or ignored, incidents can occur,’ he said. ‘Stay on the designated trails is the best advice we can give.’