A woman may have had her life saved by a stranger she met at the park, and informed her that a mole she had was likely malignant.

Melissa Albin, a teacher who is also a mother of two, had taken her children to a playground during a warm day last year.

While there, she was approached by a woman who notified her that a mole on her arm was ‘alarming’ and that she should get it checked.

Once she did, Albin found out that it was malignant, and that if she had waited any longer for it to be checked her risk of death may have greatly increased.

Melissa Albin (pictured) was told by a dermatologist she ran into at a park to get a mole on her arm checked, she later found out it was malignant 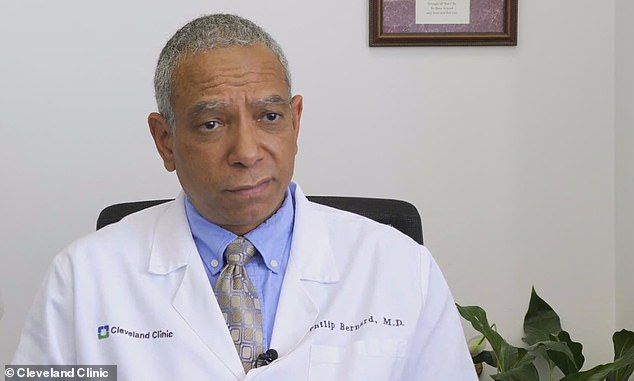 Dr Philip Bernard (pictured) said that if Albin had let the mole go unchecked longer, it would have reduced her chance of survival

‘Mom and teacher came before me,’ Albin said, noting that her personal health had taken a backseat in her life to her career and her role as a mother.

Albin said that she was wearing a tank top, and noticed that there was another woman over to the side that had looked at her a few times.

While she had noticed the woman, she was unsure what had caught her attention and what to think of it.

Then, the woman finally approached her, and told her something that ended up changing her life.

‘She approached me and she said I am really sorry if this is odd, but I want to let you know I am a dermatologist and I have been looking at that mole on your arm and it’s really alarming to me,’ Albin explained. 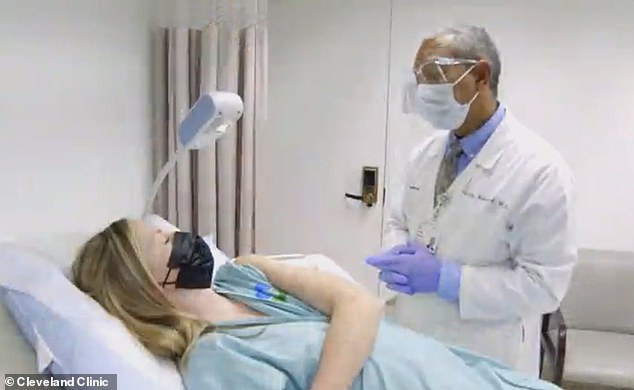 Bernard performed a biopsy on Albin to remove the mole, and she is now recovering at home

Albin said that her doctor had previously warned her about the mole, and said that she should get it checked out.

With her health taking a backseat to other duties, though, Albin had just not gotten around to doing so yet.

After the chance encounter with the dermatologist, she booked an appointment at the Cleveland Clinic, in Ohio, where she was examined.

‘I thought it looked very suspicious, and so I did a biopsy of it and that biopsy turned out to be melanoma,’ Dr Philip Bernard, a family medicine doctor at the Cleveland Clinic, said.

Melanoma is a skin cancer that develops from cells in the skin that produce pigment. It is the most serious type of skin cancer.

According to most recent data from the Centers for Disease Control and Prevention (CDC), 22 of every 100,000 Americans will suffer from the condition every year – making in the sixth most prevalent type of cancer in the U.S. 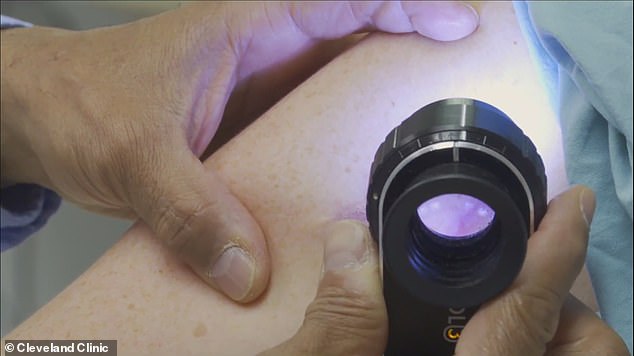 Bernard said that the mole was less than a millimeter deep, and if it had reached that point there would be a ‘significant’ decrease in her likelihood of survival

While deaths from the condition are rare, it does kill over 7,000 people every year, according to data from Cancer.net.

Bernard noted that Albin was lucky that she came in when she had, as letting the cancer progress any further could have caused a severe problem.

‘The depth of the mole was less than a millimeter, so if she had waited until it got to a millimeter, her survival from that would have been significantly less,’ he explained.

Albin said that we was in shock after finding out that she was suffering from cancer without even knowig.

A biopsy was performed to remove the mole, and she is currently recovering well at home.

She has expressed gratitude towards the stranger in the park who may have saved her life.