Woman from Hunter Valley, NSW, wants to have a baby after husband diagnosed with peritoneal cancer

A woman who scrambled to marry the love of her life after she almost died during a miscarriage has been dealt another cruel blow, with her husband given just two years to live – but they’re still determined to have a baby.

An allergic reaction to antibiotics almost killed Alexandra Gilles on the operating table following surgery to remove the remains of her unborn baby from her uterus at Maitland Hospital, in the NSW Hunter Region, last year.

The 27-year-old and her then-fiancé Brendan, 37, initially put their wedding on hold due to Covid-19, but were so shaken by her near death experience they decided to get married in October with just a small number of guests.

‘He was worried he would lose me,’ Alexandra told Daily Mail Australia.

Six months later, they received the devastating news that Brendan had peritoneal cancer – a rare form of the disease where tiny tumours grow on the thin tissue lining all internal organs – and would likely die within two years. 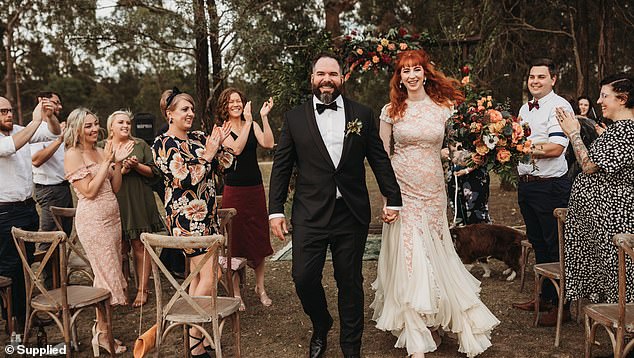 He had been in agony for months, but his symptoms were dismissed as constipation by doctors who didn’t realise the severity of his situation.

When the pain reached a ‘ten out of ten’, doctors performed exploratory surgery and found his bowel was riddled with cancer.

‘I sobbed for days and Brendon was in shock – he’s been struggling with it mentally, but I think now we’re in survival mode,’ Alexandra said.

The couple knew they wanted to start a family from the time they met about five years ago, and said cancer wasn’t going to stop them.

Brendan’s sperm was frozen before he started radiation and chemotherapy to extend his life, giving the newlyweds the option of conceiving a baby with IVF. 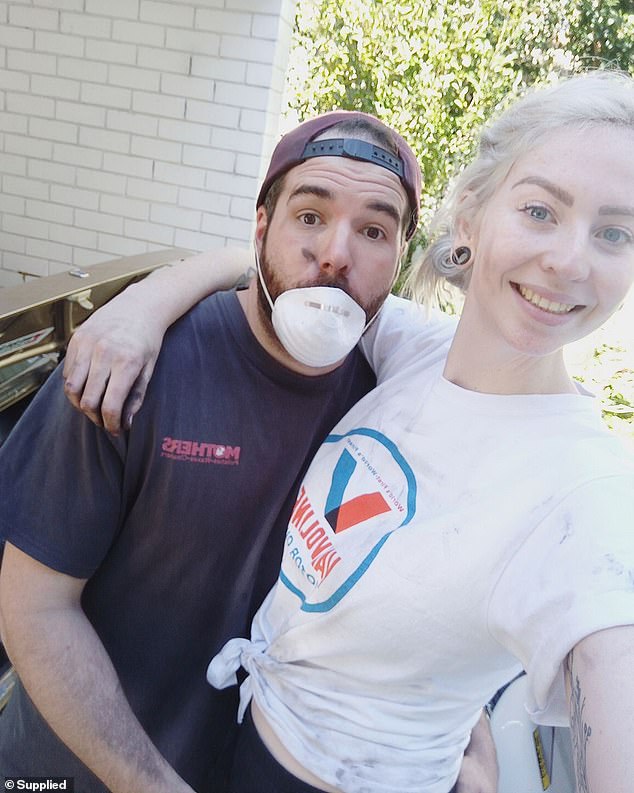 Pictured: Alexandra and Brendan when they first got together five years ago 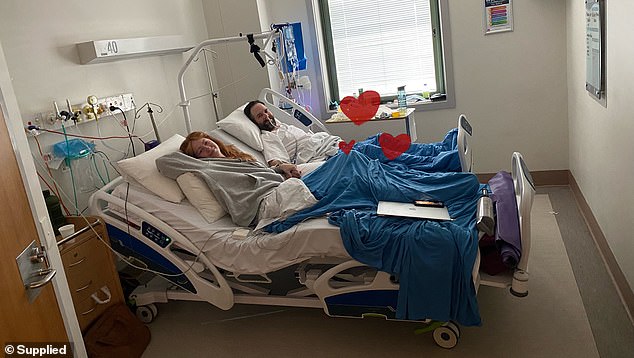 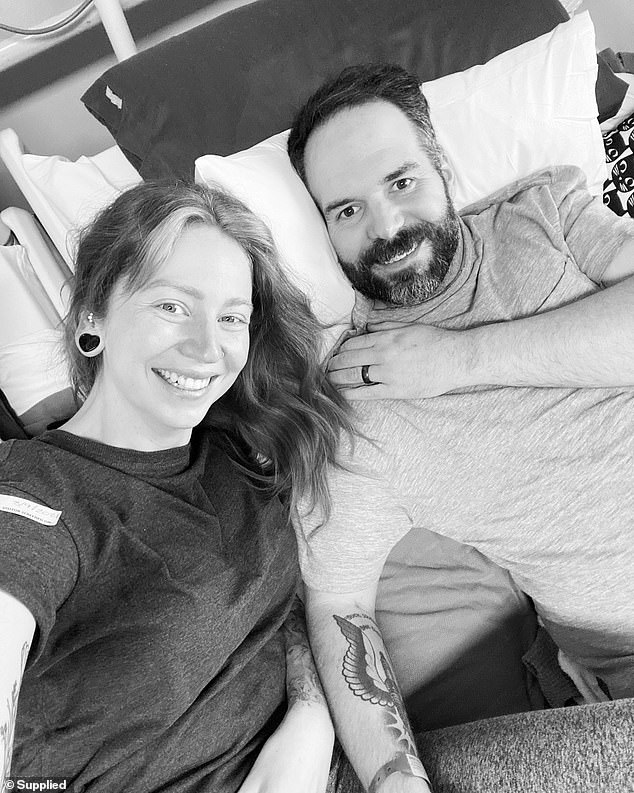 The couple are determined to have a baby, even though Brendan likely won’t be around to see it grow up

‘We originally thought he had bowel cancer, and there are lots of treatments available for that – it has a really high mortality rate, so we thought we’d start IVF when he was in remission,’ she explained.

Even when faced with a terminal diagnosis of an extremely rare cancer, the couple didn’t back down from their decision.

‘It’s not only a reason for Brendan to keep fighting, but it’s a piece of him,’ Alexandra said.

‘Even if he’s not with us for as long as we’d like, he gets to meet the baby and they can be here for everyone even after he goes.’

The mental health worker has a huge support network of friends and family who live close by, and isn’t afraid of becoming a single mum. 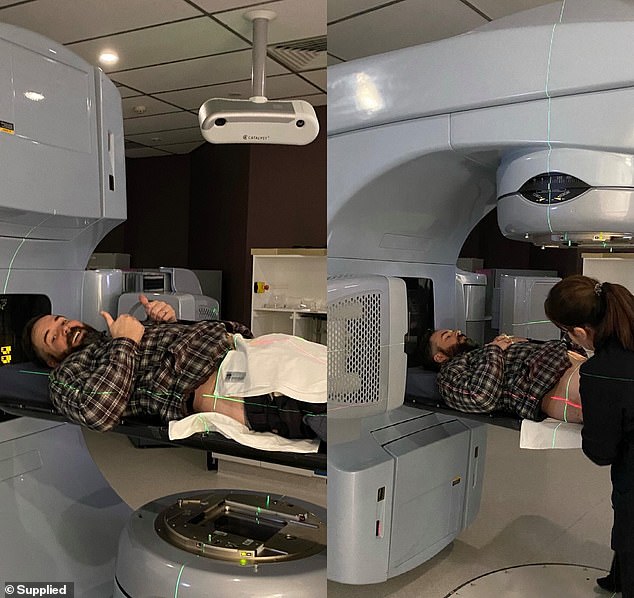 Pictured: Brendan getting treatment for cancer. His internal organs are riddled with tumours 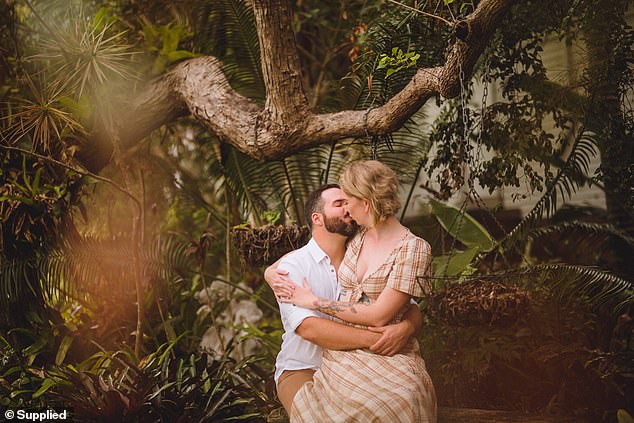 Pictured: The couple when they first met five years ago. Brendan is now fighting for his life

‘I’m never going to regret bringing a beautiful child into the world with the man I love,’ she said.

‘And if I’m honest with myself, I wouldn’t feel like a single mum – the support around us is amazing.’

Alexandra is now Brendan’s full-time carer and both have quit their jobs.

The family set up a Go Fund Me campaign to help with living and medical costs, and Alexandra said they’ve been ‘blown away’ by all the support.

‘Brendan is the most gentle and kind person who would never ask for anything – he feels guilt asking for things, and he can’t believe how generous everyone has been,’ she said.

She also urged people to talk about cancer and mental health and push doctors for a diagnosis.

‘Be an advocate for your loved ones,’ she said.

‘If we listened to the first person, we wouldn’t have known he was really sick, so it’s important to ask those questions.’