Woman gets 50 years in killings of California deputies

A Utah woman was sentenced to 50 years in prison Friday for helping her husband as he killed two Northern California sheriff’s deputies in 2014.

Janelle Monroy, 41, was convicted on Thursday of 10 charges including murder, attempted murder and carjacking, and possessing an assault rifle.

On Friday, Sacramento Superior Court Judge Steve White sentenced her to almost 50 years in jail after jurors rejected claims that she’d only gone along with her husband Luis Bracamontes’ murderous scheme because she was terrified of him.

Janelle Monroy, 41, (pictured in court last week) was convicted on Thursday of 10 charges including murder, attempted murder and carjacking, and possessing an assault rifle 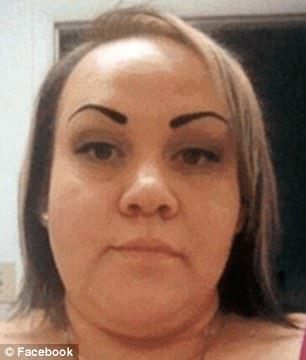 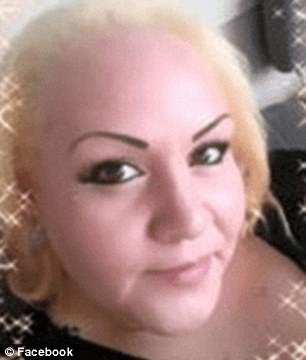 Bracamontes, a Mexican citizen who has repeatedly been deported, has repeatedly said in court that he killed the deputies and wished he had killed more.

‘She’s not the person who killed law enforcement officers,’ defense attorney Pete Kmeto said, according to the Sacramento Bee.

‘This client is not an evil person, this client has been victimized and has had a tough life,’ Kmeto said, arguing that her sentences should be served concurrently.

‘She did not commit a crime with the devil,’ Sacramento prosecutor Rod Norgaardhit back. ‘She married him.’

The deputies were killed shortly after the couple arrived in Sacramento during what Monroy said was a wandering journey spurred by Bracamontes’ drug-infused paranoia.

Prosecutors are seeking the death penalty for Bracamontes, who was convicted by a separate jury. 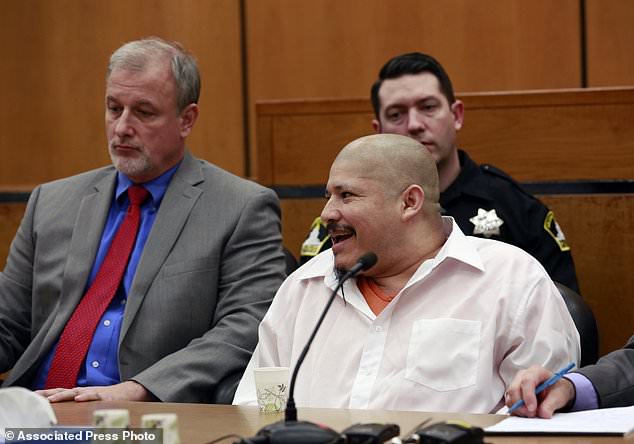 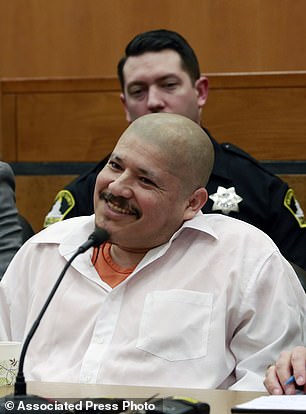 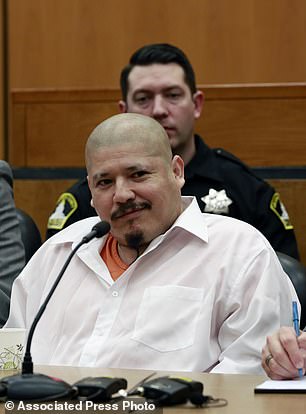 Monroy and Bracamontes were married for 12 years.

Prosecutors refuted claims she was scared of her husband, and painted her as a willing participant in the cover up of the double murder.

‘She’s not a hostage … she’s not some browbeaten person locked in a room,’ a prosecutor said according to the Sacramento Bee.

The prosecutor also reminded jurors of surveillance footage that was played in court that revealed Monroy caressing her husband and checking the two of them into motels from their trip from Utah to Sacramento.

‘She’s the CEO here. It’s pretty easy to see if you watch them together,’ the prosecutor added.

To counteract her claim that she lived in fear of him, prosecutors pointed to the fact that she had multiple affairs during her marriage. 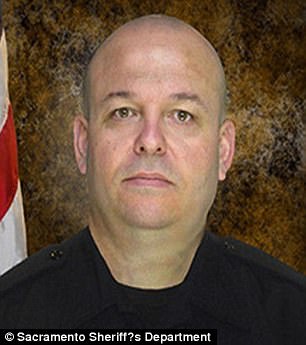 Prosecutor Rod Norgaard noted that Monroy has conceded she had numerous affairs during her 12-year marriage, and offered that as proof that she did not live in fear of him.

‘She couldn’t have been afraid if she had affairs. She would survive to do it again and again, these affairs,’ he said.

Prosecutors are seeking the death penalty for Bracamontes after he was convicted by a separate jury.

When Bracamontes stood in trial, he laughed when he talked of his murders.

‘I wish I could have killed more of those motherf***ers,’ Bracamontes said, before Judge Steve White, according to the Sacramento Bee.

His case has been cited by President Donald Trump to illustrate problems with the nation’s immigration policy. She is a U.S. citizen.

He has repeatedly blurted out in court that he killed the deputies and wished he had killed more.

In contrast, Monroy was silent and refrained from showing emotion as her verdict was read aloud.

However when the jury left, she began to cry.