A Missouri woman was sentenced to life in prison without parole on Monday for the murder of a mentally disabled man.

Pamela Hupp, 60, of O’Fallan, appeared in a St. Charles County courtroom on Monday to hear the sentence after she pleaded guilty to murder for fatally shooting 33-year-old Louis Gumpenberger.

The guilty plea was part of a deal with prosecutors in which Hupp agreed to submit an Alford plea, which is an admission by the defendant that the state has enough evidence to convict.

In exchange, prosecutors pledged they would not seek the death penalty in her case, according to KTVI-TV. 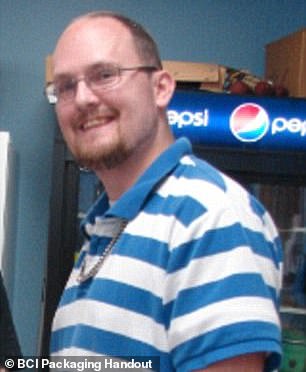 Pamela Hupp (left), 60, of O’Fallan, Missouri, will spend the rest of her life in prison after she pleaded guilty to murder for fatally shooting 33-year-old Louis Gumpenberger (right) in 2016

Before she heard her sentence, Hupp was seen laughing and joking in court with her attorneys.

At one point, Hupp was seen hunched over from laughter.

After the sentencing hearing started, Gumpenberger’s sister, Krystal Conn, gave an impact statement to the court in which she called Hupp ‘not human’ and probably a ‘serial killer.’

Tim Lohmar, the St. Charles County prosecutor who tried the case, blasted Hupp for her behavior in court o Monday.

‘She wants everybody to believe she’s still in control. She lost control and she’s never going to have control again.

‘So I think this was just one more way for her to try to hold on to one more last little bit she can.’

‘My grandson’s here with me and he’s never expressed his feelings about everything and I can tell he’s happy. He’s glad it’s over.’

Authorities believe Hupp killed Gumpenberger in order to distract investigators from her bizarre attempt to frame Russell Faria, who was acquitted of the murder of his wife and Hupp’s friend Betsy.

After having his conviction thrown out and spending four years in jail, Faria alleged that Hupp was responsible for the murder and cited that she was a beneficiary of the dead woman’s life insurance.

In a chilling video of her interview with investigators which was obtained by Fox 2 after Hupp’s conviction, she describes shooting Gumpenberger – whom she claimed was a home invader – in self-defense.

‘I just started shooting him, walking towards him, because I wanted to be sure I hit him,’ Hupp is seen telling police.

‘So once [Gumpenberger] opened the door and he was there, I just started shooting, walking towards him, until I didn’t have any more [bullets].’ 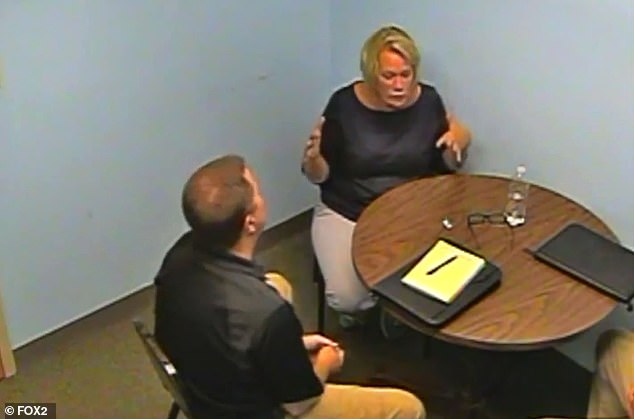 In June, authorities released video of the first police interview given by Hupp 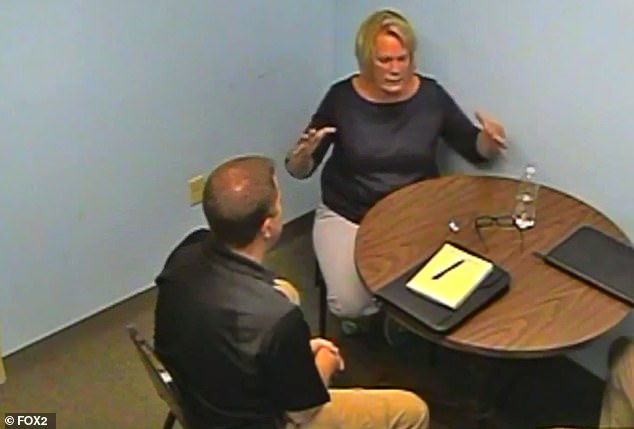 In the video, Hupp had just gone to the headquarters of the O’Fallon Police Department voluntarily to recount what had happened.

Hupp tells officers that Gumpenberger attacked her in her driveway with a knife,

‘He goes b****, we’re going to the bank and we’re getting Russ’s money, and he starts getting all agitated and excited,’ she said.

‘I thought he was drunk or on drugs or something…I hit his arm with the knife and then shot out of the car and ran inside.’

Officers later learned that ‘Russ’ was Russ Faria, who was convicted for the brutal stabbing death of his wife, Betsy, in 2013 – two years after she was found dead in a pool of blood on the living room floor.

But four years later, the conviction was overturned and he was acquitted in a 2015 retrial.

Faria blamed Hupp, saying she had a motive after becoming the beneficiary of a $150,000 life insurance policy shortly before Betsy was killed.

Feeling that Faria’s acquittal was drawing attention towards her, authorities believe Hupp wanted to frame Russ by creating a hoax revenge attack. 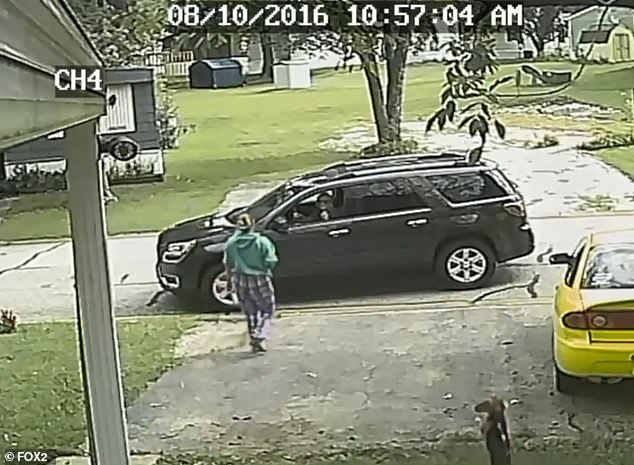 Days before the killing, a woman reported someone matching Hupp’s description claiming to be a producer for Dateline and promising to pay $1,000 if she would record a scripted sound bite about 911 calls (pictured) 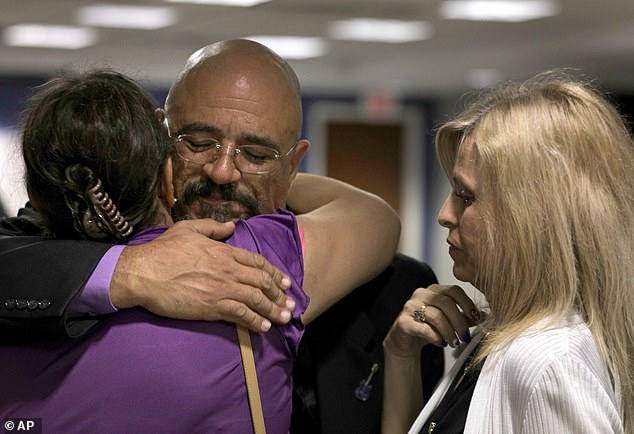 Betsy was stabbed to death in 2011 and her husband, Russell, was first convicted but later acquitted. Pictured: Russell, second from left, is hugged by his aunt after Hupp pleaded guilty to first-degree murder, June 2019

Gumpenberger, who was mentally and physically impaired from a 2005 car wreck, would become the victim of the bizarre plot when Hupp approached him on August 16, 2016.

Claiming to be a presenter for the popular NBC crime show Dateline, she asked Gumpenberger to participate in reenacting a 911 emergency call.

But after inviting him into her home, she shot Gumpenberger twice, killing him.

But the story was quick to unravel. Days before the killing, a woman had reported someone matching Hupp’s description claiming to be a producer for Dateline and promising to pay $1,000 if she would record a scripted sound bite about 911 calls. 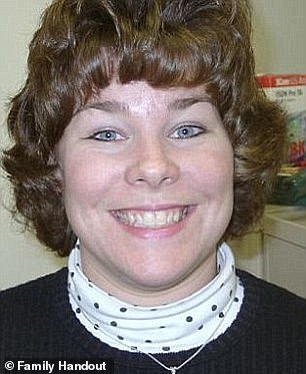 The woman at first agreed, but backed out when the woman failed to show any credentials.

Officers also discovered that Hupp bought the knife that Gumpenberger used to ‘attack’ her at Dollar Tree.

Data from Hupp’s cellphone also indicated that Gumpenberger was not a stranger as Hupp had claimed – GPS showed she was at his apartment less than an hour before the fatal confrontation.

Lohmar said that after Hupp was arrested in Gumpenberger’s death she stabbed herself with a ball point pen multiple times in the neck and arms in the O’Fallon police station, requiring hospitalization.

A phone message left with Hupp’s attorney was not returned.