Woman, 23, reveals how she gave a dark kitchen an Instagram-worthy makeover for just £105 by painting the tiles and ordering cut-price cupboard handles on Amazon

A woman revealed how she transformed her kitchen for just £105.

Margaret Douglas, 23, from the Isle of Barra, moved into her brother’s flat in Dumfries, last August and decided the place needed a revamp.

Wanting to make the space look lighter and brighter, she brought budget items from B&M, The Range and Amazon and saved money with clever hacks like painting the tiles and cupboard doors. 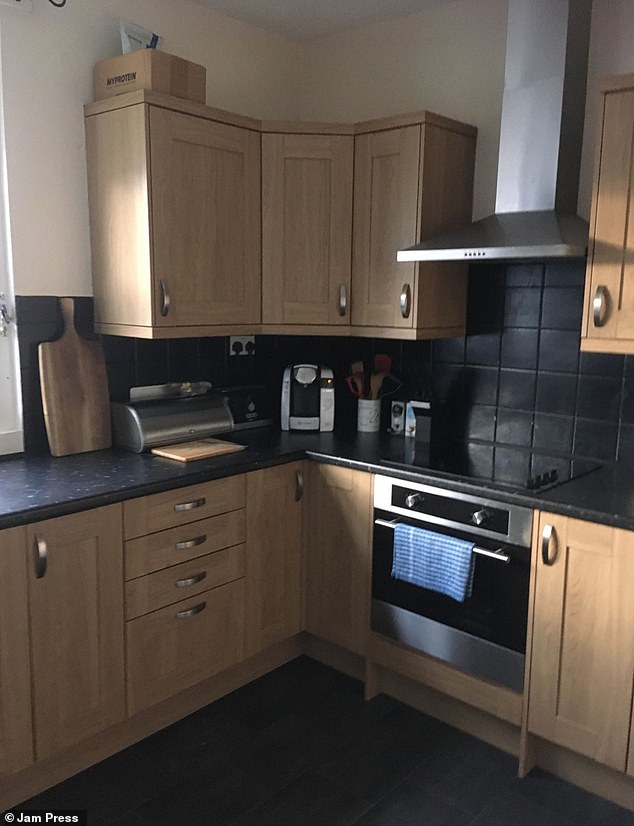 Margaret revealed that she was inspired to overhaul her kitchen, after moving into a flat that belonged to her brother. Pictured: The kitchen before

She said: ‘I’ve always been into interior design and decor and this was my first time living on my own I took it as an opportunity to do exactly what I wanted.’

Margaret, who has always enjoyed DIY, started by cleaning the cabinets with sugar soap and painting them with three coats of paint.

What did Margaret use for her kitchen transformation?

‘I then pulled off the old sealant between the tiles and the worktop and again gave everything a good clean, sanding down any bumps and then went on to paint the tiles. Again 3 coats were needed as I went from black to white.

‘Next was the worktop, I found it easiest to start in one corner and work diagonally, I highly recommend the DC Fix application kit. I got a lot of comments about the join in the worktops.

‘I simply stuck down a regular piece that covered the worktop then used masking tape as a guide to cut off the piece I didn’t need.

‘I did the exact same in the other direction and I couldn’t be happier with the way it looks.’ 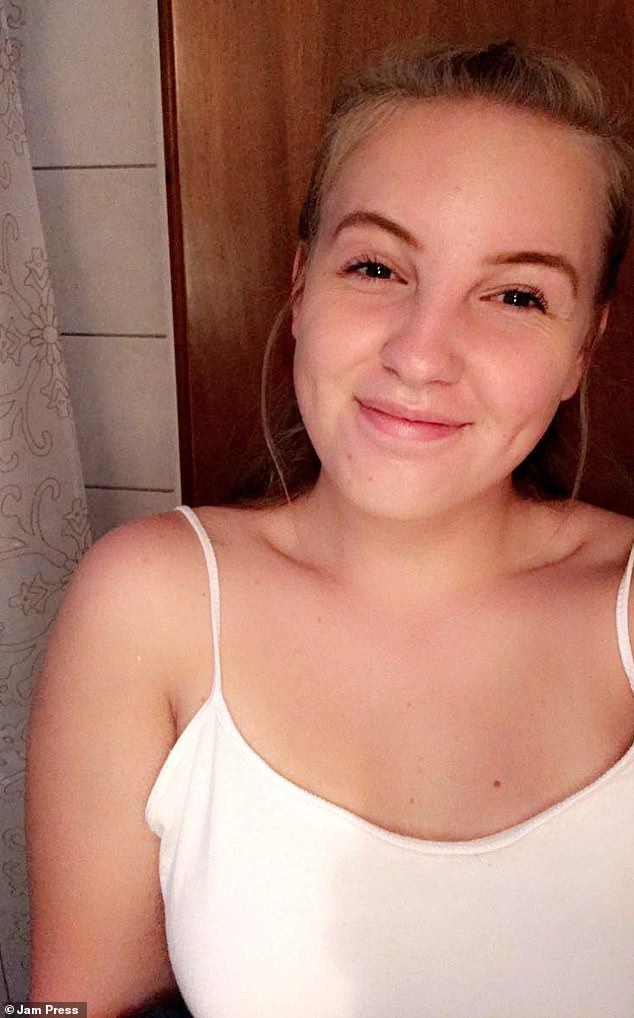 Margaret (pictured) invested in budget materials from B&M, The Range and Amazon to achieve her desired look for just £105 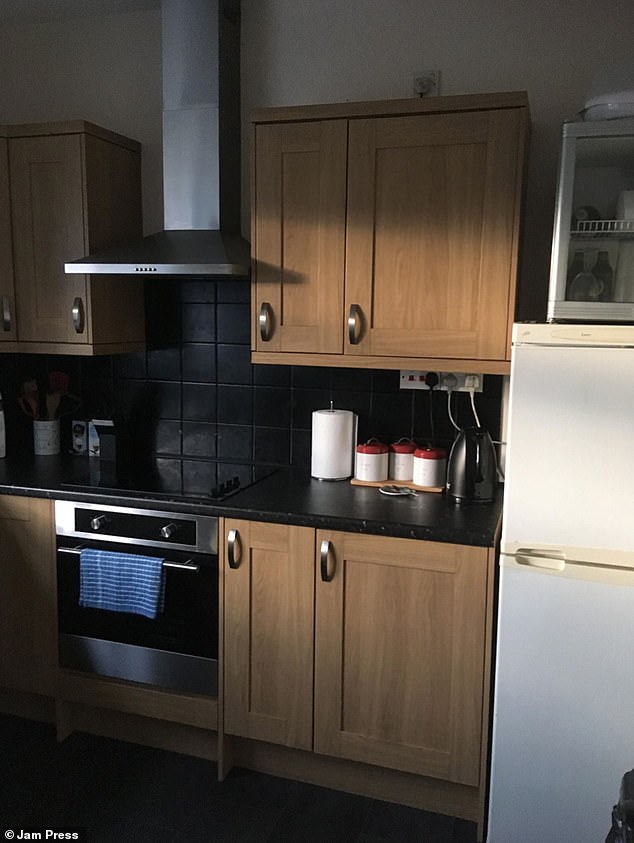 The 23-year-old impressed Facebook users after sharing a selection of photos of the kitchen before (pictured) and after, with some saying the room looks unrecognizable 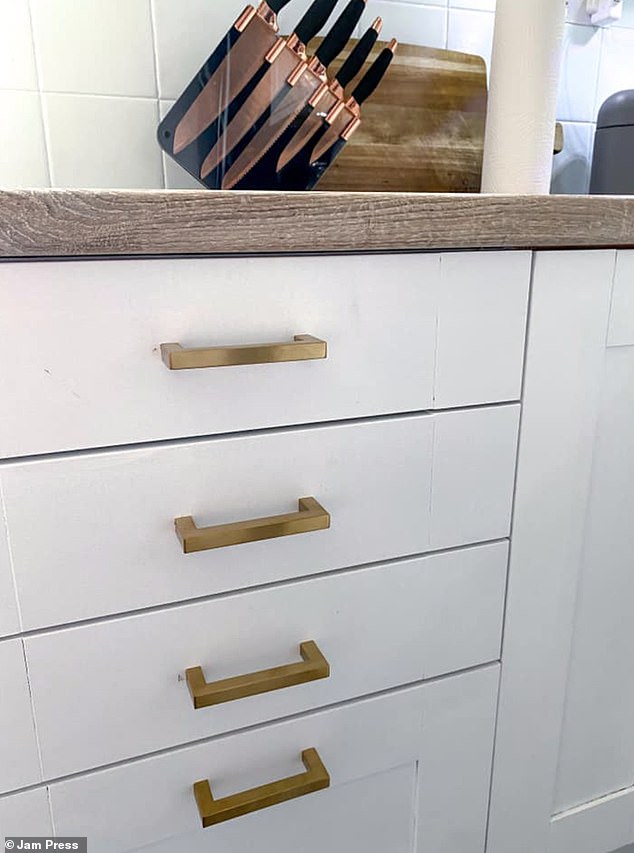 Margaret painted the walls grey using a combination of leftover black and white paint she had in storage, including Rustoleum furniture paint for £15 and Dulux Tile Pain in Jade White for £17.99.

Her father helped her install the new flooring for free.

Margaret posted her kitchen transformation on Facebook’s Extreme Couponing and Bargains Group, racking up over 2.9,000 likes as dozens of users praised her for a job well done.

Another said: ‘Wow, you honestly wouldn’t. Believe that was the same kitchen!’

A third added: ‘I did my cupboards too!. This is one of the nicest ones I’ve seen. Well done.’ 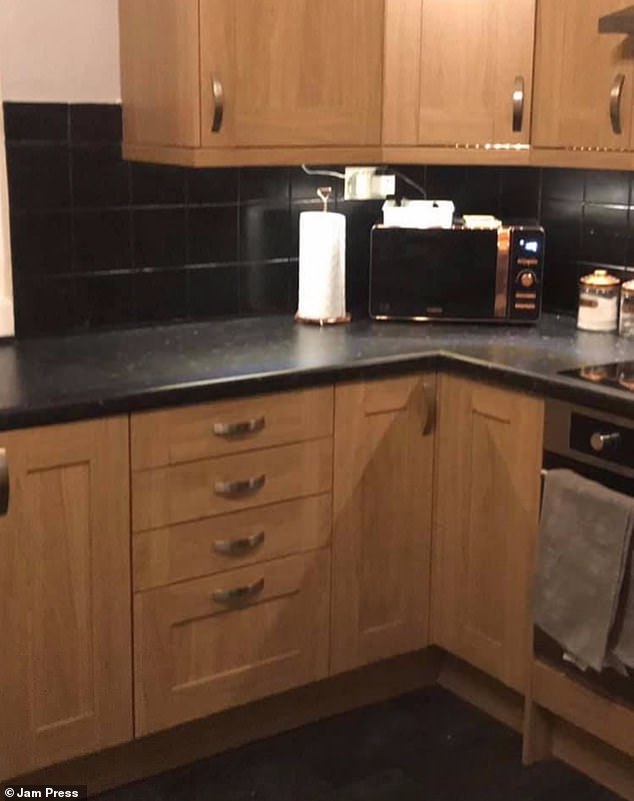 Margaret revealed that it took three coats of paint to achieve the look she desired. Pictured: The 23-year-old’s kitchen before the transformation 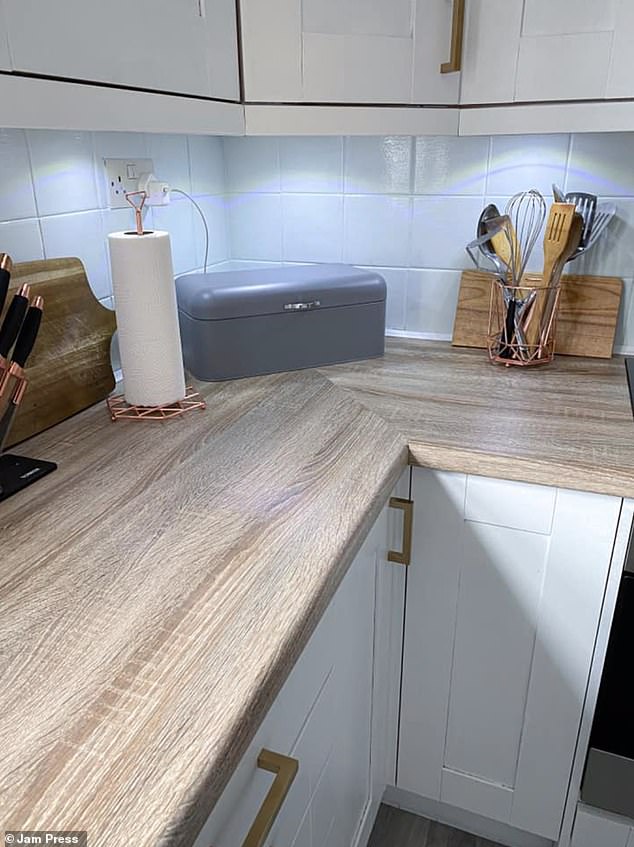 Margaret revealed she has received a flood of comments about her kitchen worktops (pictured), which she says were easiest to do by starting in one corner and working diagonally