Aussie woman uncovers an adorable photo that proves her late mother MET her future boyfriend before they even got together: ‘A moment straight out of a movie’

An Australian woman has melted thousands of hearts after revealing her late mother was her boyfriend’s kindergarten teacher.

Leah Menzies, from South Australia, shared her realisation in a video posted to TikTok that has amassed more than 20.4million views since it was posted just a day ago.

In the now-viral clip, she shares how she discovered her mother, who died when Leah was seven years old, was her boyfriend’s kindergarten teacher after finding his old class photo.

Leah Menzies, from South Australia, has gone viral on TikTok for sharing how her late mother was her future boyfriend’s kindergarten teacher 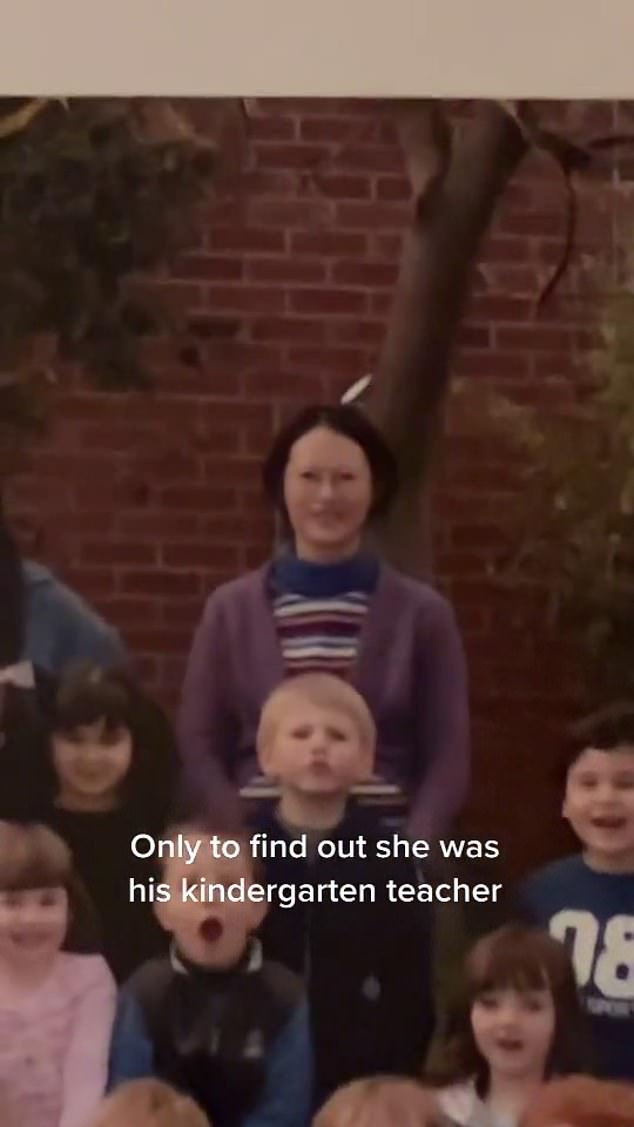 In the now-viral clip, she said she discovered her mother, who died when Leah was aged seven, was her boyfriend’s teacher after finding his old class photo

‘Me thinking my mum (who died when I was seven) will never get to meet my future boyfriend,’ she wrote in the clip before showing her beau’s class picture with her mum as the teacher.

‘Found out through this photo in his photo album. A moment straight out of a movie,’ the Adelaide student said in the caption.

Her mum worked as a teacher at Agnes Goode Kindergarten in Adelaide where her boyfriend was a student.

Leah’s video was flooded with emotional comments from viewers who were touched by the heart-warming coincidence.

‘Omg I teared up, this is so beautiful,’ popular life ‘hack’ and cleaning TikTokker Mama Mila wrote while comedian Christian Hull said: ‘Literally burst into tears!!!!’.

‘It’s as if she remembered some significance about him and sent him to you. Love fate,’ another commenter responded.