A knife-wielding would-be robber who held up a service station is being hunted by police.

The staff member at the station in Heritage Park in Queensland was threatened with a kitchen knife and demanded to hand over cash.

Police have released vision of the terrifying moment of the incident which took place on November 20, 2017. 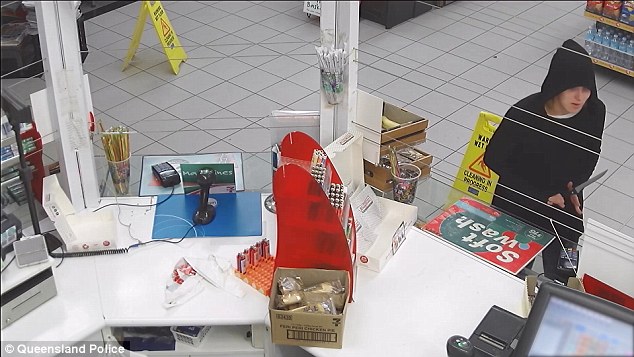 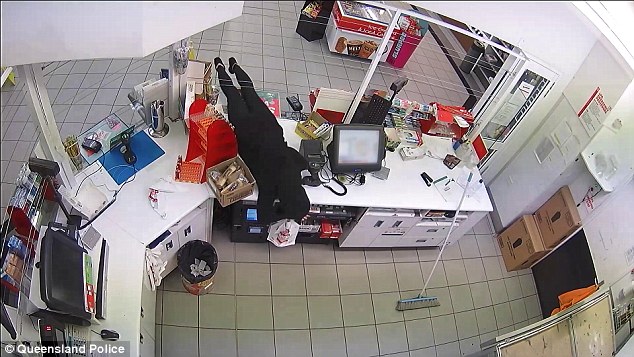 The store attendant managed to lock himself in an office as the woman jumped over the counter and tried to take money from the till.

It happened at around 2.45am and police are now trying to track down the woman who they wish to speak to.

She managed to climb through the wires and tried to open the till but failed and left the store empty handed and nobody was injured.

The woman, described as aged in her 20s and of Caucasian appearance, was wearing a black hooded jumper with a white T-shirt underneath.

She was of a slim build and had long blonde hair 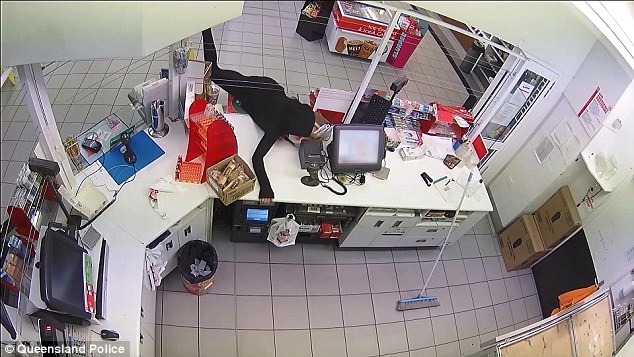 The woman, described as aged in her 20s and of Caucasian appearance, was wearing a black hooded jumper with a white T-shirt underneath 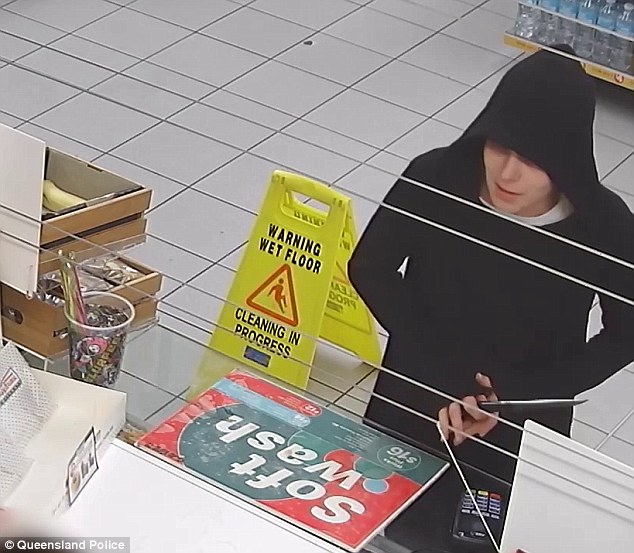 A spokesman for Queensland Police Service said: ‘Police are urging anyone who knows the identity of this woman, or may have information pertaining to her whereabouts, to come forward.

‘The 32-year-old male employee immediately locked himself in an adjoining room.

‘The woman then climbed through the wire counter barrier and attempted to remove money from behind the counter, but failed.

‘She left the scene without obtaining any cash or property.’

Witnesses or anyone who recognises the woman is asked to contact Policelink on 131 444 or provide information using the online form. Alternatively, report crime anonymously to Crime Stoppers on 1800 333 000 or via crimestoppersqld.com.au 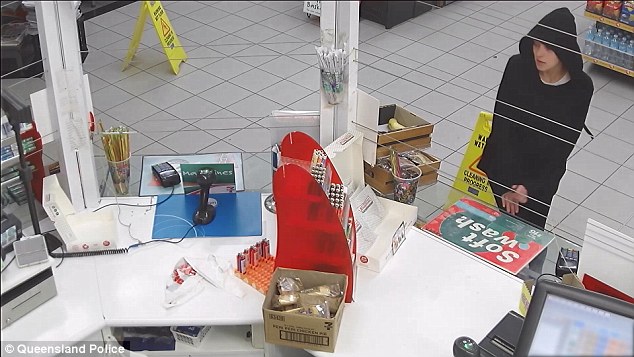 It happened at around 2.45am at a service station in Heritage Park but nobody was injured