Woman horrified to find her KFC chicken covered in MOULD

A young woman has gotten a nasty surprise after grabbing a quick KFC lunch in southwest Sydney on her break from work.

Georgina Mezentsef, 20, ordered the popcorn chicken and chips from a KFC store at Punchbowl at about 1.35 pm on Tuesday only to discover the chicken pieces covered in a dark mould.

‘I saw it as soon as I opened it,’ Georgina said.

‘It was like it was smiling at me I almost vomited.’ 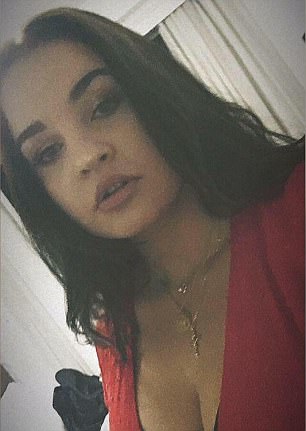 Georgina Mezentsef, 20, ordered lunch from a KFC store in Punchbowl only to discover the chicken pieces were mouldy

Ms Mezentsef explained in a Facebook post containing a photograph of the mouldy chicken that she went to KFC, ‘for lunch just to get something small but couldn’t even have that when there is mould growing over everything.’

Her workmate, who accompanied her to lunch, also received food that was covered in mould.

‘My colleague didn’t take a photo of hers but she had a wrap and the bread was mouldy as well.’

Even though they were hungry, the pair were so turned off, they didn’t get any other food and returned the tainted meal that the fast food store had given them.

‘Went back to show them,’ Georgina said, ‘We got part of our money back and then left.’