A homeless woman sleeping in a cardboard box was killed as road crews cleared the vagrant camp she was living in.

Shannon Marie Bigley, 33, was killed when cleaning crews took over the makeshift camp located in a grassy field alongside Highway 99 in Modesto, California on August 1.

The California Department of Transportation (Caltrans) crew struck and killed her with the heavy machinery they were operating at the camp about 90 miles east of San Francisco, according to Modesto Police Chief Galen Carroll.

Shannon Marie Bigley, 33, was asleep in a cardboard box when she was struck and killed by Caltrans workers clearing the homeless camp she lived in near Highway 99 in Modesto

At first her death was thought to be a homicide, but after police determined she was killed during the camp clean up, the investigation was handed off to the California Highway Patrol.

Caltrans confirmed the cause of Bigley’s death on Tuesday. An investigation is ongoing and no further details of her death have been revealed.

As of Tuesday the camp was still standing.

Bigley was originally from Oregon and her last known address was in Stockton. She recently began staying at the encampment in Modesto, according to the Stanislaus County coroner.

The CHP released a statement earlier this month in light of Bigley’s death. 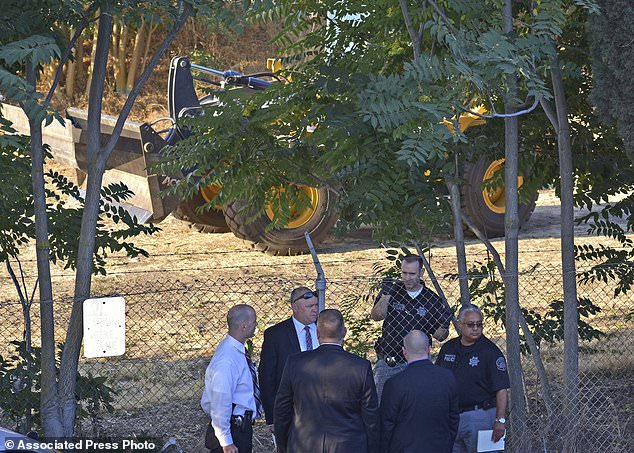 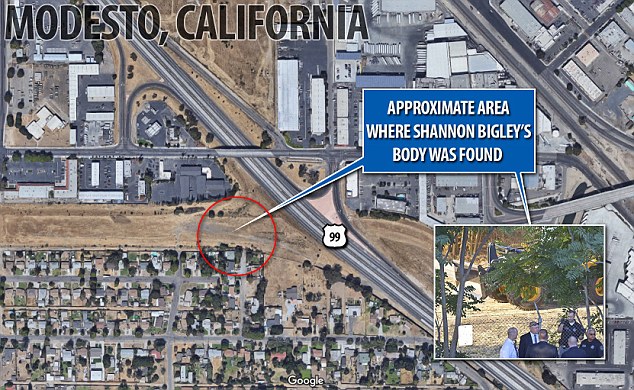 Her body was found here in a grassy field off of Highway 99. As of Tuesday the encampment was still standing

‘Our sympathies go out to the family of the woman who was found earlier this month during an encampment cleanup along State Route 99 in Modesto. The incident is currently being investigated jointly by the CHP Fresno area office and the Modesto Police Department,’ the statement said.

The horrific incident took place four months after the union that represents Caltrans workers filed a grievance regarding homeless encampment cleanups saying that workers were not given sufficient protective gear or training for that kind of work, however their grievance was rejected by the state, according to the Modesto Bee.

The union filed a new grievance on Wednesday.

‘If you look at their job classification, nowhere is it mentioned that they clean up homeless encampments,’ Union chief Steve Courch said, requesting all such clean ups be halted.