Woman in her 60s who had been in a row with a neighbour is killed in quiet suburban street as police charge female suspect, 40, with murder

Police launched a murder probe after a woman in her 60s who had been in a long running feud with a neighbour was found dead with head injuries at her home.

The victim, who has not been identified but has been named locally as ‘Louise’ died on the street outside her property at 8pm in Welwyn Garden City, Hertfordshire on Saturday.

Debby Foxwell, 40, who lives in the same road, has been charged with murder and aggravated burglary.

She has been remanded into custody and is due to appear before Hatfield Remand Court tomorrow.

The victim, who has not been identified but has been named locally as ‘Louise’ died on the street outside her property at 8pm in Welwyn Garden City, Hertfordshire on Saturday 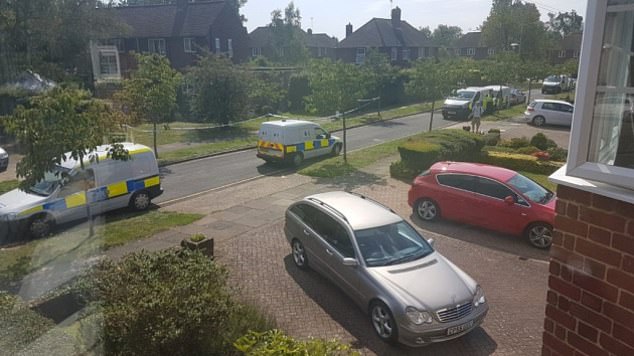 The victim, in her 60s, and who is said to live with her brother, was found collapsed on the grassy area outside her home. Pictured: The scene showing the police cordon

A 36 year old man from Welwyn Garden City who was also arrested has now been released with no further action.

Ms Foxwell lived with her partner in the well-kept three bed end of terrace house on Fordwich Road in Welwyn Garden City.

It is currently on the market with Wright’s Estate Agency for £525,000.

Residents said the victim, who they named as Louise and who lives with her brother, had been in a long running feud with a neighbour.

She was found collapsed on a grassy area outside the terraced homes.

Emergency services were called to the scene, but despite the efforts of paramedics she died a short while later. 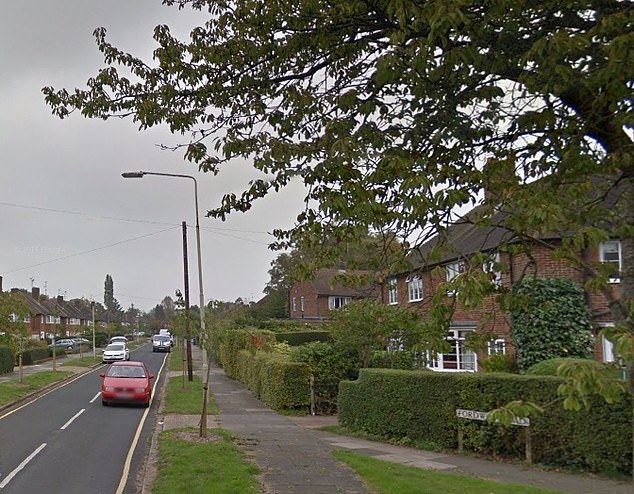 Debby Foxwell, who has been charged with murder, lived on the same street (pictured) where the victim died on Saturday

Detective Chief Inspector Jerome Kent said: ‘Our thoughts are very much with the victim’s family and friends at what is a very upsetting time for them and we ask that their privacy is respected.

‘I understand that news of this incident will be unsettling to the wider community but I would like to confirm that we are treating it as an isolated offence and we are not looking for anyone else in connection with the victim’s death.

‘I also ask residents to refrain from speculating about the circumstances on social media, as this will not only cause distress to the victim’s family but could also impact the investigation and associated justice process.

‘Lastly, I would like to thank those people who have already assisted us with our enquiries but if you believe you have information that could assist our investigation and have not yet spoken with us, then please get in touch as soon as possible.’