A woman who fell in love with an incarcerated felon after coming across his ‘hot mugshot’ online is struggling to get her father to approve of the man she hopes to marry now that he is finally out of prison.

Johnna, 26, from Tampa, Florida, started her romance with Garrett, 25, four years ago after a wine-fueled search for love online led her to write him a letter. After serving a nearly seven-year sentence for burglary, grand theft, and several other counts, Garrett was released from prison and moved in with Johnna.

On Friday night’s episode of the WeTV series Love After Lockup, Johnna’s father Tony finally agrees to meet Garrett — but he makes it clear that he thinks the felon is going to abandon his daughter now that he is free to date other women.

True love? Johnna, 26, from Tampa, Florida, started her romance with Garrett, 25, four years ago after a wine-fueled search for love online led her to his ‘hot mugshot’ 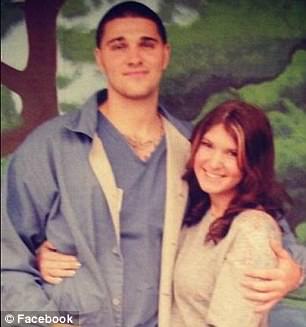 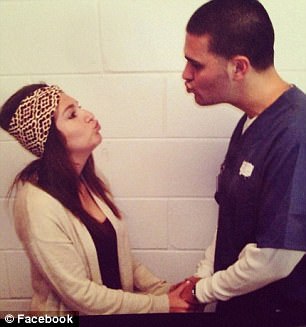 Making it last? Johnna started writing him letters, and they spent four years together while he finished up his nearly seven-year sentence for burglary, grand theft, and several other counts 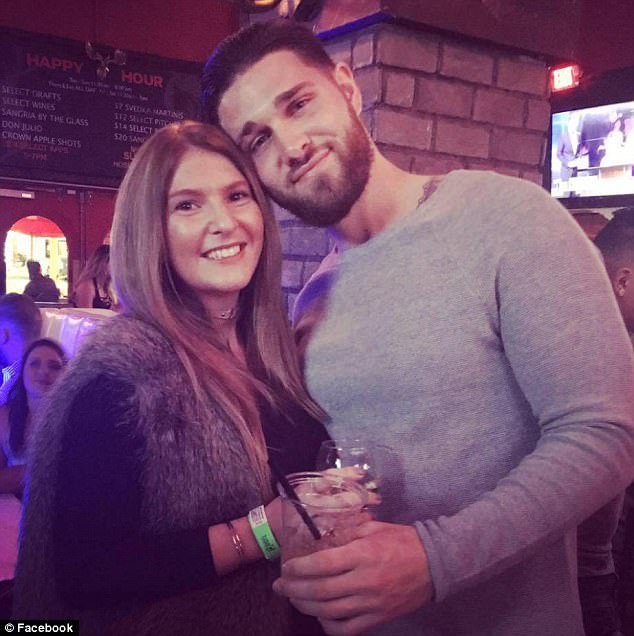 Bucking tradition: Garrett moved into Johnna’s home in Tampa, Florida, immediately after he was released from prison

‘To be honest with you, I don’t want to meet him for the simple reason that I don’t see anything coming of this — and I’m the father. I’m going to keep an eye on him,’ Tony says in a preview clip for the episode.

Three weeks after his release from prison, Garrett visits a park with Johnna to meet Tony for the first time, and his potential father-in-law breaks up the tension by cracking a joke about how his daughter’s dog likes the ex-con more than him.

However, he doesn’t mince words when he admits he’s ‘not in a good mood’ because his daughter’s poor track record with men makes him apprehensive about meeting Garrett.

‘I’m not really excited if you can understand what I am saying,’ he says. ‘She’s batting zero for about nine.’

Tony stars grilling Garret about the future plans he has for his relationship with Johnna, who has been laying into him about wanting an engagement ring since the moment he got out of prison. 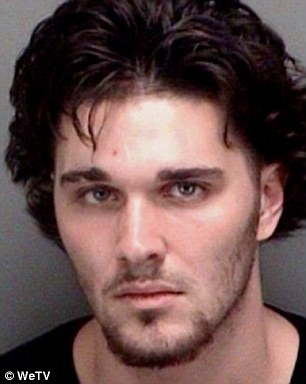 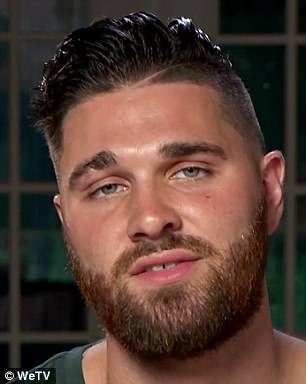 Keeping it real: Garrett, who had been in jail since he was 18 years old (left), admitted ‘he’s not some upright, perfect all-American guy’ 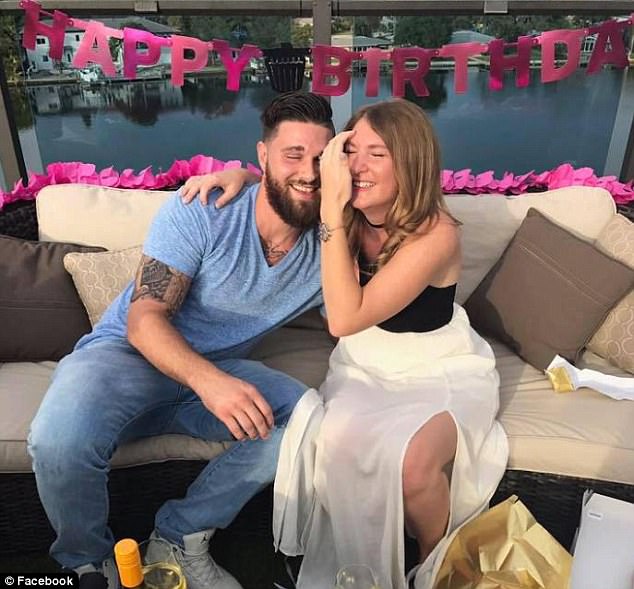 Modern fairy tale? Despite their untraditional courtship, Johnna wants a traditional engagement and wedding as soon as possible

Garrett lamely says he wants whatever Johnna wants for her future, unconvincingly telling her dad: ‘Honestly, I’d like to, you know, marry her.’

‘Words are easy to say. I just don’t want to see her get hurt anymore,’ Tony responds. ‘Neither one of you really know each other that much.’

He adds: ‘That’s why it irritates me that I’m here because I don’t see this thing going anywhere.’

Although Johnna has explained to Garrett that having the two most important men in her life means a lot to her, he doesn’t seem too concerned about winning Tony over.

‘Honestly, my opinion on anybody who might judge me is f**k you,’ he says in his testimonial.

Tony isn’t wrong when he points out that Johnna and Garrett really only know each other from their once a week meetings in prison. 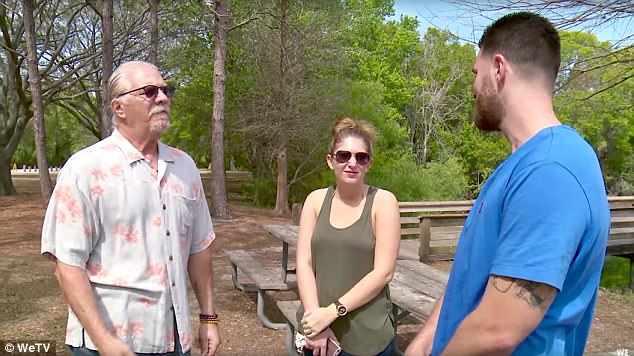 Awkward: On Friday night’s episode of the WeTV series Love After Lockup, Johnna finally gets her father Tony to meet Garrett three weeks after he was released from jail 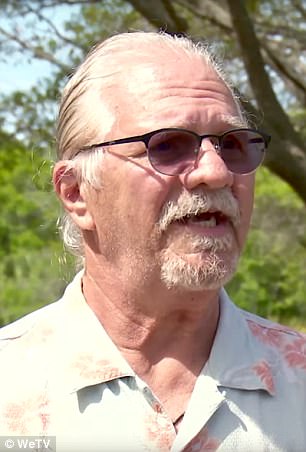 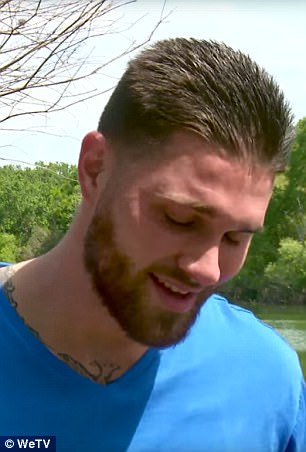 Cutting to the chase: Tony immediately starts grilling Garrett about his future plans

‘That don’t make a wedding,’ he says, prompting Johnna to interject: ‘We got through a prison sentence.’

After her dad yells that things are ‘different now,’ Johnna explains to Garrett that her father thinks he only wanted her when he was incarcerated because she was his only option.

‘You were [his only option],’ Tony says bluntly.

Tony comes at Garrett again, this time asking him what his present day plans are. All Garrett can say is that he just moved in to Johnna’s house.

‘Yeah, I get that. I get the whole thing, and I know that things can’t happen right away,’ Johnna’s dad responds. ‘But you guys gotta make some kind of plan for what you are going to do.’

Garrett looks even less sure of his relationship when Tony asks if he can get a contract saying he will eventually marry Johnna. 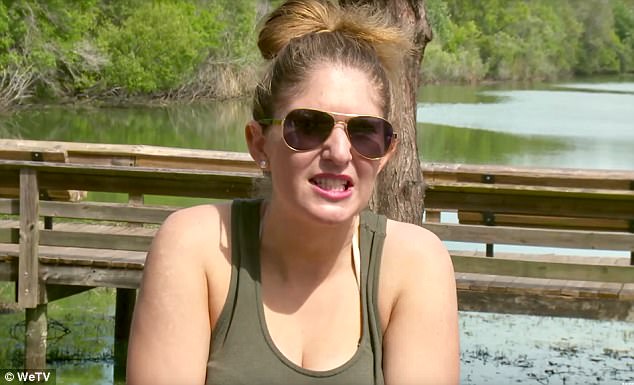 Seeking approval: Johann reminds her dad that she and Garrett ‘got through a prison sentence,’ but he insists that things are different now 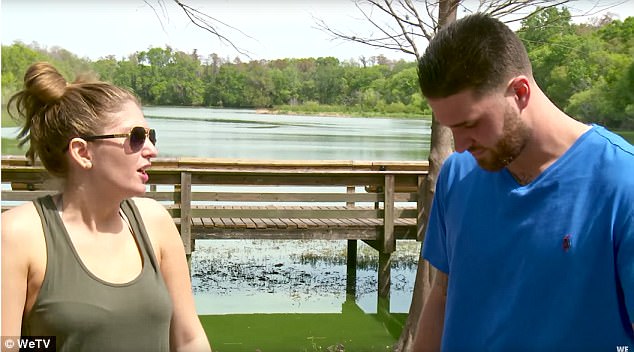 Say it isn’t true: Johnna explains to Garrett that her father thinks he only wanted her when he was incarcerated because she was his only option

‘I understand it takes baby steps… and I hope you can last through all that,’ Tony adds. ‘If you can’t, well, it’s like always say, “There is always next.” Make me wrong.’

Tony certainly has reasons for having reservations. Garrett had been locked up since he was 18 years old. He never lived with a woman before. He’s never even had a drink legally — and he still can’t now that he is on probation.

Johnna and Garrett both admitted on the show’s premiere that they don’t have a traditional relationship.

‘I’m a 24-year-old man who has been incarcerated for the majority of his childhood,’ he said. ‘I’m not some upright, perfect all-American guy.’

Meanwhile, Johnna confessed that she found Garrett after she had ‘one too many glasses of moscato’ and decided to look up guys online.

‘Once I saw his mugshot, I was like, wow, this guy takes a really hot mugshot. I was like what’s it going to kill me to write him a letter?’ she recalled. 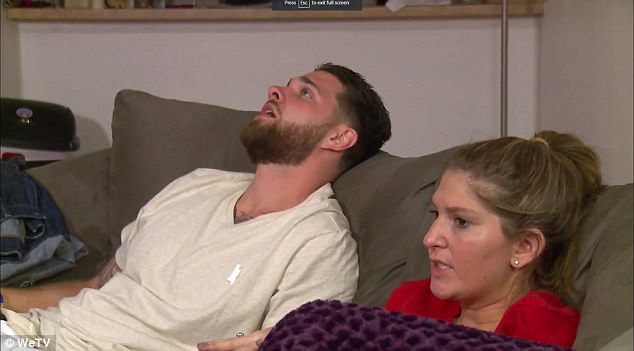 New warden: On last week’s episode, Garrett and Johnna got in a fight about him going out with his friends 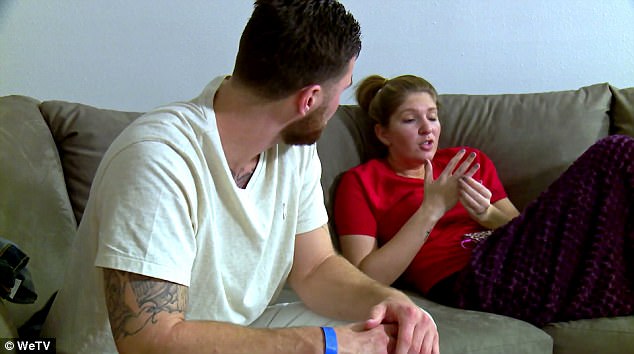 Heated argument: After Johnna said she liked it better when he was in prison and slammed him for not getting her an engagement ring yet, he called her a ‘crazy b***h’

Despite their untraditional courtship, Johnna wants a traditional engagement, wedding, and, eventually, pregnancy. She is determined to make their relationship work whatever the cost, and she wants her dad on board.

Johnna made a point of telling her father that studies show that inmates who get married after their release are 50 per cent less likely to end up back in prison, stressing that his first 60 days out of lockup is a crucial time for him to integrate back into society.

She admitted she had been cheated on in the past, and while she claims to believe Garrett is different than her past boyfriends, she has been tracking his whereabouts on the iPhone she bought for him.

Garrett never had an iPhone before, and he couldn’t quite figure out how she knew exactly where he was when she demanded he come home from his night out with the boys on last week’s episode.

When he finally got home, Johnna started telling him that she doesn’t like when he goes out, pointing out that she liked it better when he was in prison. She then decided to start hammering him about not buying her an engagement ring yet.

Garrett responded by calling her a ‘crazy b***h,’ and in one of his testimonials he joked that she is his ‘warden’ now.