Woman is crushed under pallet of bricks in East London

A young woman was today fighting for her life after being crushed under a pallet of bricks which fell five storeys from a crane.

Bricks could be seen scattered around the victim as she lay on the pavement with bystanders giving her first aid next a building site in Mile End, East London.

Paramedics took the woman to hospital with severe injuries after the incident at about 9.30am today outside Bow Corner, a new development of luxury flats. 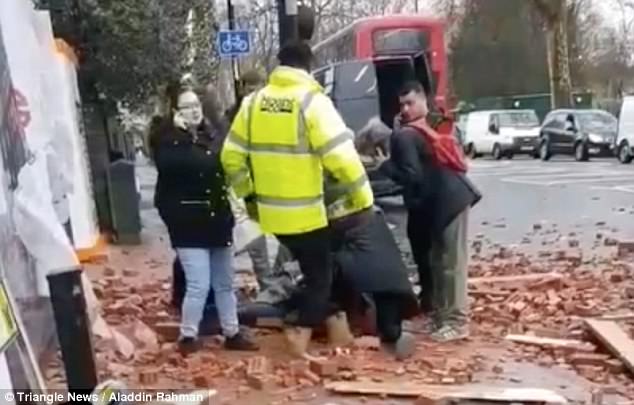 Bystanders gave her first aid next a building site in Mile End after the incident at 9.30am today

Police officers in Tower Hamlets were called at 9.38am to the incident and later confirmed that the woman’s relatives have been informed. 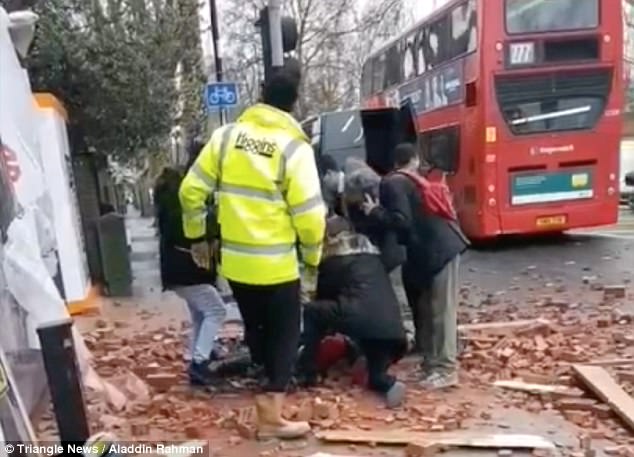 A spokesman for developers Higgins Homes said it was aware of the incident. Local road closures were put in place while emergency services dealt with the events.

A Scotland Yard spokesman said: ‘Police in Tower Hamlets are dealing after a woman was injured by falling debris.

‘Officers were called at 9.38am. A woman has apparently been struck by debris falling from a building site crane.

‘London Ambulance Service attended and the woman was taken to an east London hospital in a critical condition. Her next of kin have been informed.’ 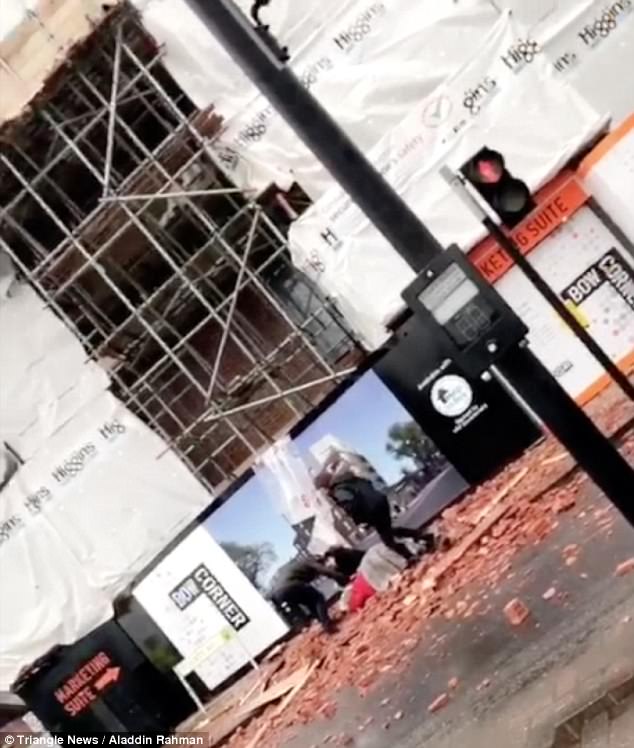 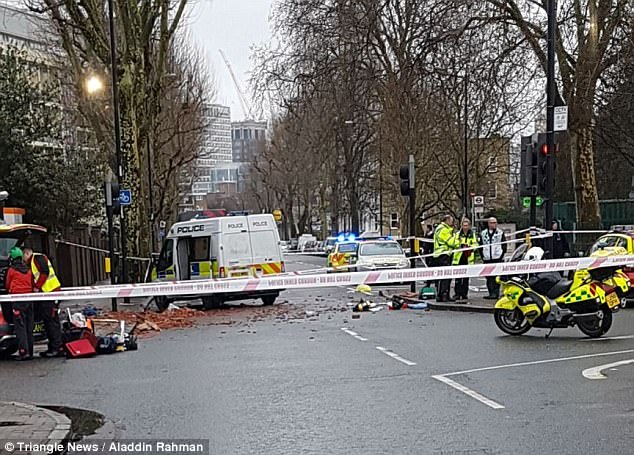 A London Ambulance Service spokesman added: ‘We were called at 9:38am today to E14 to reports of an incident.