A woman is fighting for her life after a ‘drink driver’ ploughed through tents at a country campsite.

The car hit a string of tents at the beauty spot in Snowdonia National Park in North Wales.

Police say one woman has been left critically ill and terrified campers fled their tents at the Rhyd y Galen campsite.

Two men have been arrested on suspicion of dangerous driving with excess alcohol and are still in custody. 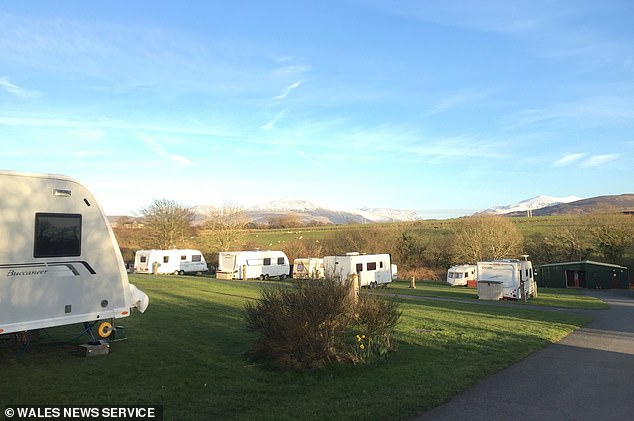 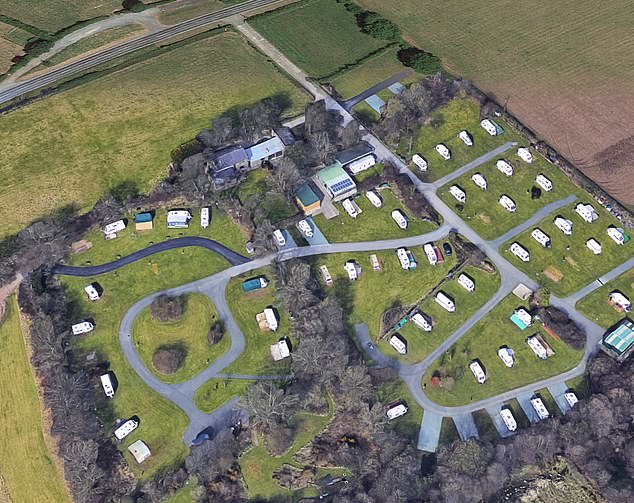 Detective Chief Inspector Sion Williams did however say: ‘This was a terrifying event for people who should have felt safe in their tents. 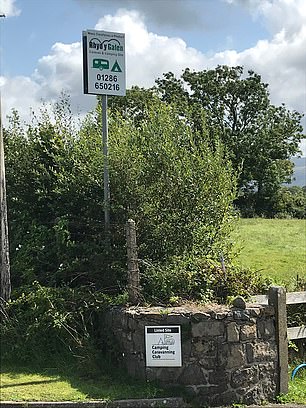 North Wales Police have not said how old the victims are, or given the ages of those arrested

‘North Wales Police are supporting those involved and our thoughts are with the family of the woman who has been seriously injured.

‘I would like to thank those members of the public who have helped us, but if anyone has not been spoken to yet and has any information which could assist, then please contact us.

‘Our roads policing unit is working with detectives to establish exactly what happened.’

Police have closed off the campsite. A detective said: ‘It’s being treated as a crime scene.’

Emergency services rushed to the campsite – which describes itself as a ‘tranquil getaway’ for holidaymakers seeking a break in 22 acres of farm land – at around 2am this morning.

Pitches at the site near Caernarfon come from just £20 and there are also options including caravans and shepherds huts for glamping.

A Welsh Ambulance Service spokesman said: ‘We were called at approximately 2.02am to reports of a collision between a vehicle and a tent in Caernarfon.

‘We responded with two emergency ambulances.

‘One patient was transported to Ysbyty Gwynedd Hospital, Bangor.’