Going down: Woman is smashed to the floor when glass door falls on her as she waits for an elevator at shopping mall in Singapore

This is the shocking moment a woman was knocked to the floor as she was hit by a heavy glass door at a shopping centre in Singapore.

CCTV at the Alexandra Central Mall in the town of Bukit Merah captured the accident which happened on Sunday.

In the footage, a man in a black top is seen waiting for a lift as the young woman walks through a set of double glass doors. 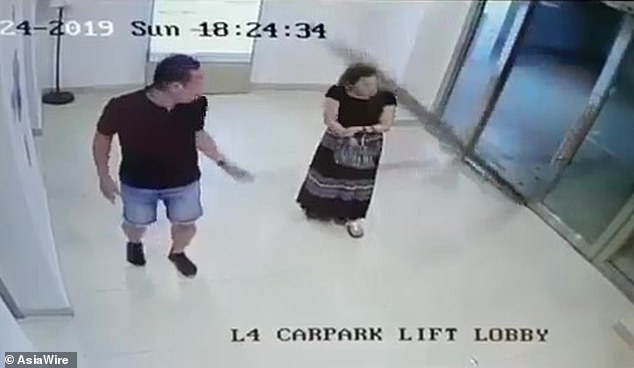 As she takes something out of her handbag, the opened door swings shut and comes into contact with the adjacent door.

The heavy metal-framed door topples forwards and smacks the woman on the head, sending her crashing to the floor.

The man in black immediately tries to lift the heavy door off the woman and another man arrives to help him.

At the end of the clip, several other shoppers arrive at the lift to assist the woman, who is able to sit up. 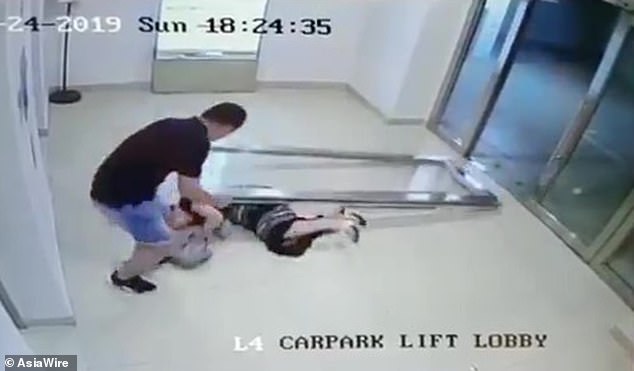 The woman is left in a crumpled heap on the floor after being struck by the door, as the man lifts it off her an others come running to help 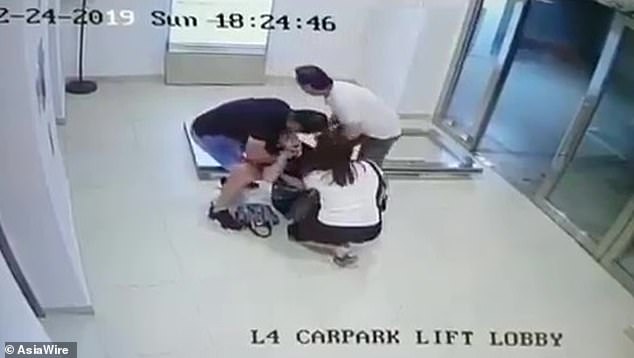 She was taken to hospital after the accident and mall owners are now investigating the accident, alongside the police

According to local media, the woman was rushed to the National University Hospital.

A shopping centre spokesperson told local media: ‘The management of Alexandra Central expressed regret on this unfortunate incident and is looking into this matter.

‘However, we are unable to reveal any details concerning this case as it is currently under police investigation.

The Building and Construction Authority (BCA) also confirmed that they are looking into the incident.