Woman is unrecognisable after losing 13st and £20,000 of surgery

This woman looks unrecognisable after dropping 13 stone and undergoing a £20,000 makeover.

Jessie Jane O’Brien, 31, from Rossendale, Lancashire, was taunted by playground bullies who called her ‘Jessie Obese’ during her childhood.

In her 20s, she weighed 23 stone at her heaviest, but every diet she tried was unmaintainable.

Tired of her size 26 frame, Jessica underwent a gastric bypass through the NHS.

She went on to pay £20,000 for a tummy tuck, liposuction, various lifts including back and breast along with implants, most of which was just before her 30th birthday in September 2021.

Now, she now gleams with confidence as she enters a new chapter of her life weighing 10st 6lbs.

Jessie Jane O’Brien, 31, from Rossendale, Lancashire, is unrecognisable after losing 13st and undergoing £20,000 of surgery 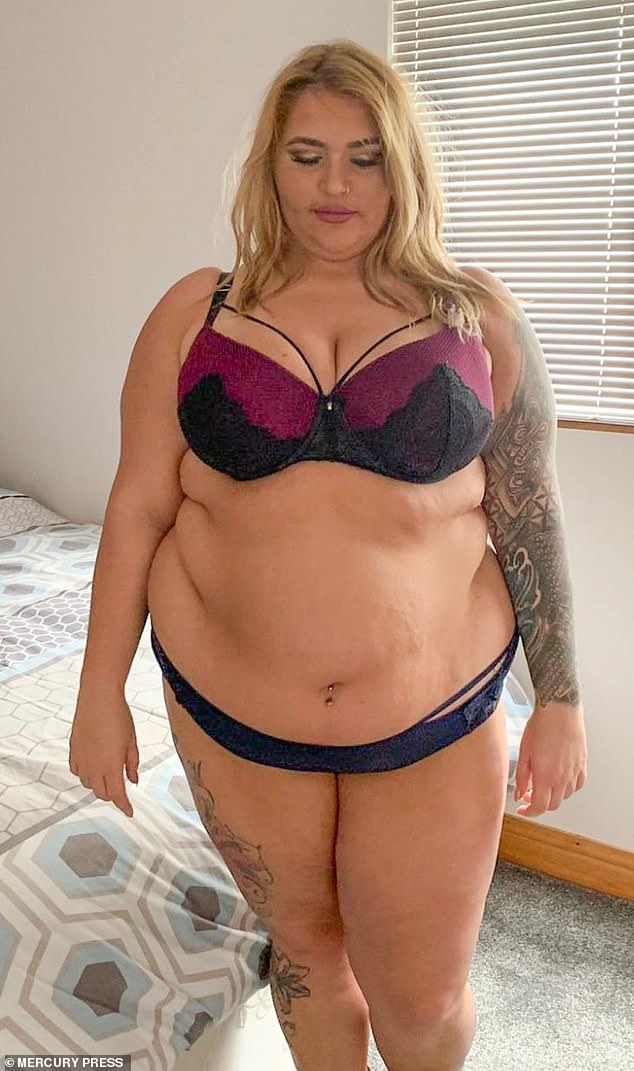 At her heaviest, Jessie weighted 23st and wore size 26 clothing. She tried to diet but struggled to maintain any of the weight-loss programmes she tried

Jessie transformed her figure after paying £20,000 for a tummy tuck, liposuction, various lifts including back and breast along with implants

She said: ‘I feel like I have been given a second chance in life.

‘I can finally live my life the way I have always wanted.

‘I used to hide behind my friends as I was embarrassed.

‘I never felt worthy but now I have found myself and couldn’t be happier. 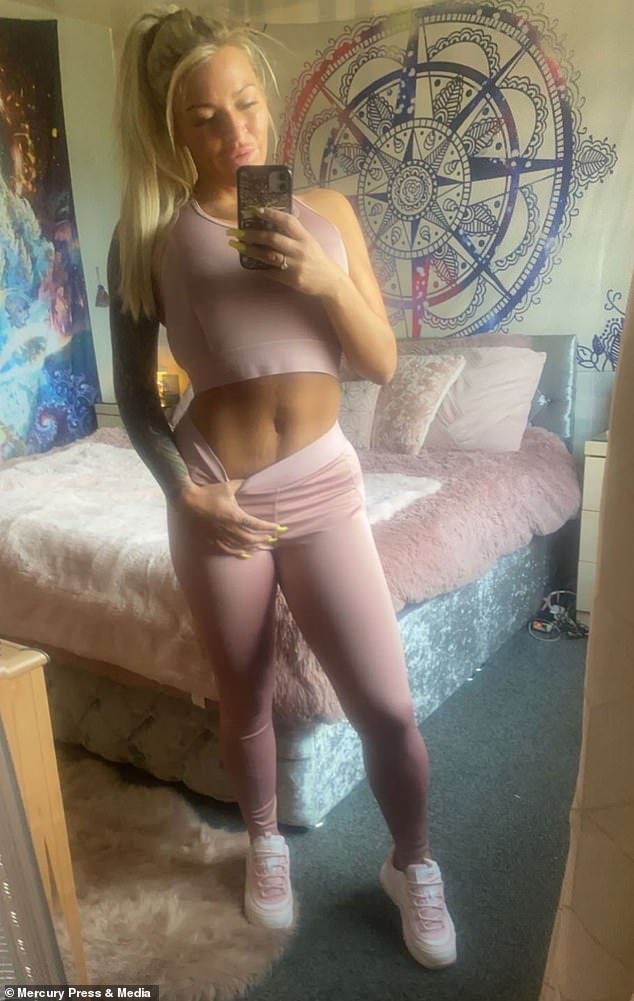 Now a size 10, Jessie said that she’s living proof that anyone can be who they want to be

‘But it hasn’t been easy to get to where I am today, it has been tough both mentally and physically.’

It took one year for Jessie to halve her body weight, but she was left with excess skin all over her body which prompted her to go for cosmetic surgery.

She has since been under the knife abroad three times; starting with a tummy tuck in Poland costing £5,700 in July 2020.

On arrival to the UK, Jessie developed an infection and required a three-hour surgery to remove it.

Beofre her weight loss (left), Jessie moved away to Manchester because she couldn’t face seeing people who bullied her as a child. Jessie after having surgery to remove loose skin on her arms, back and tummy (right)

The ‘horrendous’ experience didn’t put Jessie off and she flew to Lithuania in October 2020, for an arm and armpit tuck along with a breast lift and implants.

She said: ‘A lot of people think weight loss surgery is the easy option but it isn’t.

‘There’s risks involved and it is frightening – it is so important to research clinics properly.

‘In respect of losing 13 stone, I had a saggy back. It didn’t look normal, so I was willing to go under the knife again.

‘I had dog ears on my hips from the first tummy tuck.

Jessie barely recognises herself in old photos, she is confident and finally happy, but she denies that having surgery was an ‘easy’ route to getting her dream body

‘It wasn’t done right so I needed another one.

‘I saved every single penny I earned to pay £8,000 for the procedures.

‘For me, I had no other option – I was over the moon with my new weight but my skin was so saggy.

‘My breasts looked like they belonged to a 100-year-old lady. They were droopy and awful.

‘It was so upsetting to see – I suffered with body dysmorphia for some time before the surgery.’ 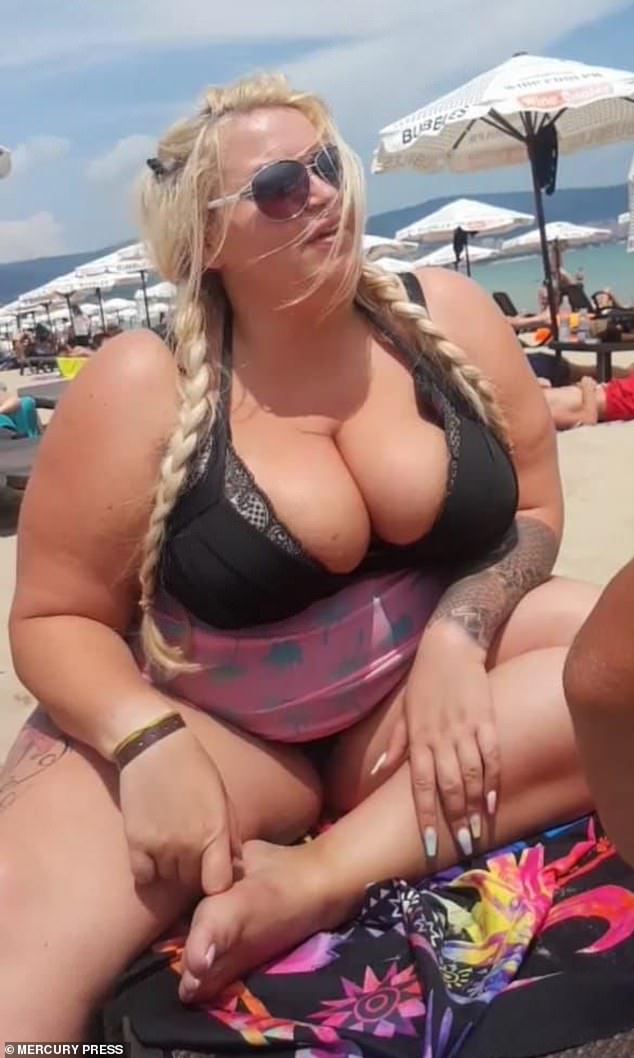 Prior to losing weight, Jessie was a size 26 and had J cup breasts. It took a toll on her confidence and she said she never ‘felt worthy’

Before losing weight, Jessie had rolls of fat on her back and it destroyed her confidence (left). After her weight loss, one of of her old school bullies matched with her on Tinder and didn’t recognise her (right) 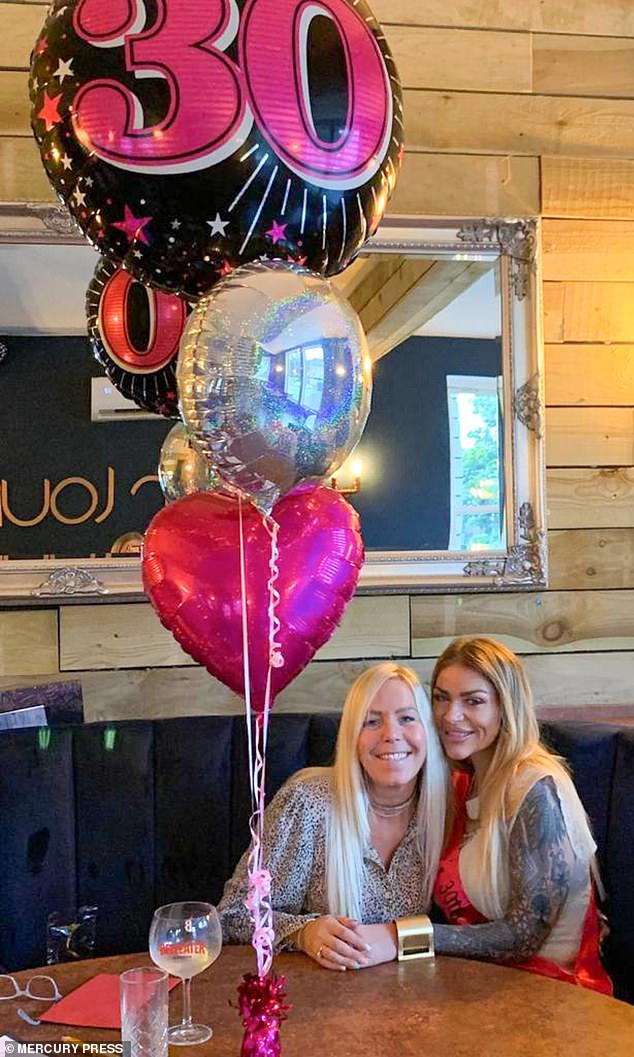 Jessie O’Brien, 31, and her mum on her 30th birthday. She had most of her surgeries before reaching the milestone because she was determined for it to be a new beginning

Feeling unhappy about her weight, Jessie started working at the age of 16 because she couldn’t face being around school bullies any longer. Jessie pictured before her gastric bypass surgery, which she had on the NHS (right)

Before losing weight, Jessica’s breast was a J cup, they are now a perky 32DD.

Jessie was delighted to wear a size ten dress for her 30th birthday on September 9, 2020.

More recently, Jessie returned to Lithuania for surgery to remove the excess skin on her legs, arms, back, hips and bum.

She adds: ‘I am finally happy with my body. 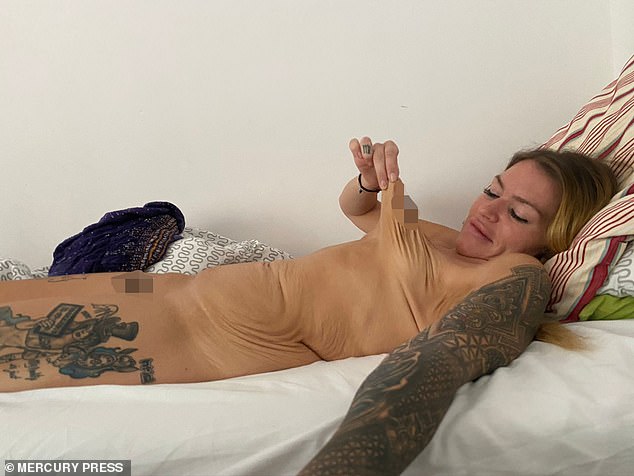 Jessie O’Brien, 31, showing breasts prior to uplift and implant. She said thatshe looked 100-years-old before her surgery

‘I paid £6,500 for an upper, lower back and hip lift along with a bum lift and Brazilian butt lift which involved fat being transfer into my bum.

‘I have been left with scars, but I love them, they are part of my story.’

Today, Jessie barely recognises herself in old photos, she is confident and finally happy.

She is active and at a healthy weight, but a recent non-scale victory was the moment she matched one of the bullies on Tinder.

She said: ‘My adolescence years were traumatic.

‘I went straight into work at 16 because I didn’t want to be around children anymore.

‘I even moved to Manchester as a young adult as I hated bumping into bullies.

‘So, it was an incredible moment when I matched one of them on Tinder, he didn’t even recognise me!

‘I reminded him who I was and he then unmatched me rather than apologising but I don’t mind.

‘I am living proof that you can be whoever you want to be and that’s all that matters, I hope I inspire others.’