A woman who went on a ‘sadistic’ drug fuelled rampage helping torture four people, including one man with a pair of pliers, has been jailed.

Charmayne McEwen, 22, was sentenced to six-and-a-half years jail on Friday by the County Court of Victoria for her part in a torture spree in 2020 around Geelong, 73.5km south of Melbourne.

McEwen and her associate mentally and physically tortured four victims in three separate attacks in what they believed to be vigilante justice, the ABC reported.

Charmayne McEwen, 22, was sentenced to six-and-a-half years jail on Friday following a 10 day torture spree in 2020 in Geelong, Victoria

The pair trapped their first victim, 34, on May 31, 2020, in a garage in Leopold, in Geelong, after tricking him into thinking he would be seeing his ex-partner.

When the victim arrived he was ‘hogtied’ and had his head wrapped in duct tape and told by McEwen and her associate they were going to ‘play some games’.

The pair told the man that if he could be quiet for two minutes straight he would be freed.

They then repeatedly hit the man, restarting their timer each time he reacted.

The court heard the duo restarted their ‘game’ 15 times, tortured the man with cable ties, got angry when he bled on the garage floor, and told him their last victim became like a ‘trained dog’.

McEwen had also used a pair of pliers to peel back the skin on the man’s face and spat on him News.com reported. 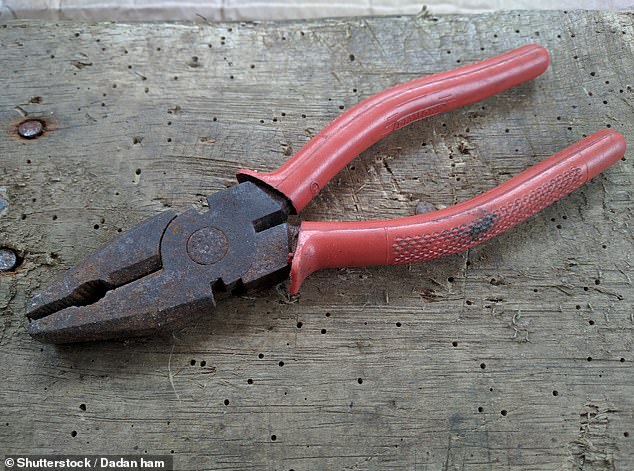 McEwen and an associate admitting to torturing four victims in three attacks, including one instance where McEwen had used pliers to peel back the skin on a man’s face

The pair had filmed parts of the attack and in one recording McEwen said: ‘It looks like you’ve had enough now that you’ve pissed yourself’.

The pair then dumped the man in his own car boot and drove him to an unknown location.

The man managed to escape the vehicle and received help from a truck driver.

The court heard the man was still suffering from his injuries.

He has scars on his face and hand, he has suffered hearing loss in his left ear and his right hand causes him pain where it was stabbed,’ the court was told.

It is understood McEwen knew the man’s girlfriend.

Just a little over a week later on June 9, the pair found their next victim, 30.

McEwen told the court she believed the man had sexually assaulted a person known to her.

The pair robbed and attacked the man at his home in Thomson, Geelong, stabbing his tongue and foot.

McEwen also admitted to stabbing the man in his thigh while her partner threatened to cut out the man’s eyes. 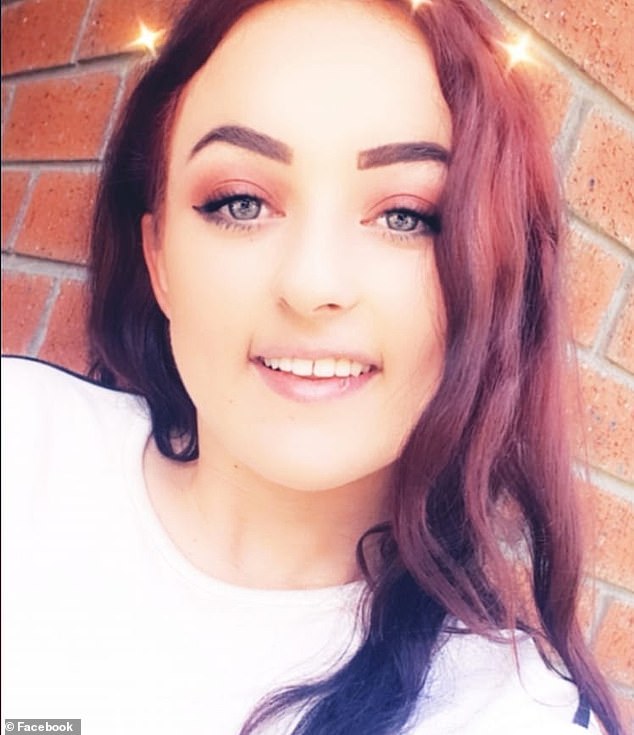 The next day the pair attacked a couple at their home in Charlemont, Geelong, while three of their children were in the house.

McEwen and her associate mistakenly believed the couple was hiding drugs and cash in their home.

The pair falsely imprisoned and robbed the couple while armed with knives and a gun.

The man had been driven to an ATM but was unable to withdraw money so the pair forced the woman to transfer $2000 to McEwen under the reference ‘girls weekend away’.

McEwen had also threatened to slash the woman’s throat after demanding car keys.

McEwen was arrested by police over two months after the attack on the couple.

She was caught driving a white BMW she had stolen earlier in the night and made a full admission to investigators.

The court heard McEwen had suffered ‘horrific abuse’ from her ex-boyfriend and was struggling with post-traumatic stress.

She said she liked the idea of a woman attacking a man.

‘The fact that you and your co-offender made a game out of tormenting him, telling him not to make noise for two minutes then hitting him so he would make noise and restart the timer, was cruel and sadistic,’ Judge Brimer said.

‘With respect to the first incident, you said that you liked the idea that it was a girl beating up a guy who had been violent towards women and that while he deserved it, we should not have done it,’ Judge Brimer said.