Pennsylvania woman, 61, ‘kept grandma’s corpse in a freezer for 15 years so should could collect the dead woman’s Social Security checks’

Cynthia Carolyn Black, 61, stored her grandmother’s body in the freezer from 2004 to 2019 so she could claim her benefits

A Pennsylvania woman has been arrested for hiding her grandmother’s dead body in in a freezer for 15 years in order to cash her Social Security checks.

It all came to light after two women walked into a foreclosed house they were interested in buying and discovered the corpse of Glenora Delahay last February.

Police investigated for more than a year and found that Delahay passed away in March 2004 at the age of 97, but when Cynthia Carolyn Black, 61, found her dead, she stored the body in the basement freezer so she could claim her benefits.

Black – who lived with her grandmother before she died – allegedly moved the body 100 miles from Ardmore to Dillsburg in 2007 and used the income to pay the mortgage. 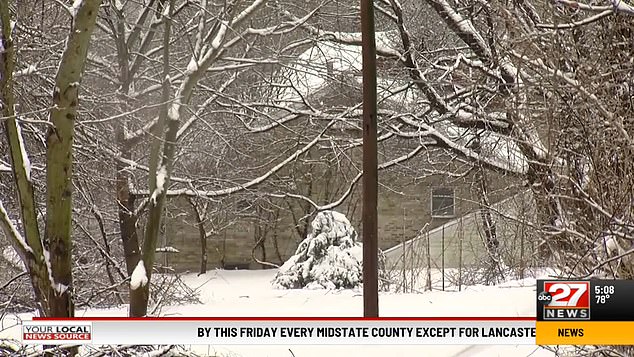 Glenora Delahay’s body was found last February by two women looking at a foreclosed home in Pennsylvania. They discovered it wrapped in garbage bags and sheets in an outhouse freezer

But when the Kralltown Road home went into foreclosure, Black allegedly moved to a property on South Front Street in York Haven.

She kept her grandmother’s body at the old property and when perspective buyers went looking around the grounds and stumbled across remains wrapped in trash bags and sheets in an outhouse freezer, they called police.

It’s unclear why it took 15 months for Black to be arrested. She was arraigned Wednesday and was held on $50,000 bail.

Black is due to appear in court on charges of abuse of a corpse, theft by unlawful taking, and receiving stolen property. 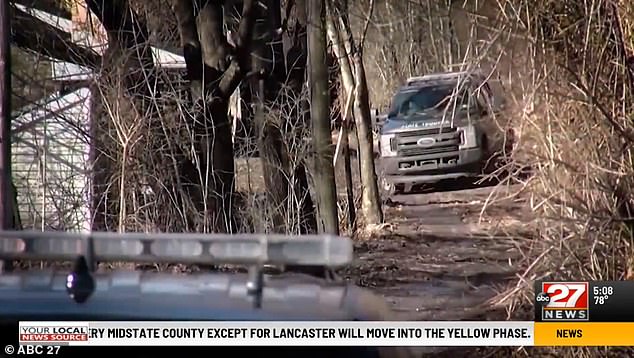 She lived in the home with Glenn Black, 55, who ran a furniture business there. A neightbor said they were ‘very unfriendly’

Records show that Black also lived with Glenn Black Jr., 55, at the Ardmore home and at the Kralltown Road property where the body was found and where he operated Blacks Furniture Refinishing.

However he is in jail after pleading guilty to an indecent assault of a substantially impaired person charge, stemming from an incident in February 2018.

The pair seemed to take everything but the freezer and Delahay’s body when they moved out, according to a neighbor who claimed they ‘stripped the house,’ taking a chainlink fence used to keep a dog inside the property, ‘copper pipes, toilets and everything.’

‘They were very unfriendly,’ the neighbor told the Philadelphia Inquirer. ‘They did not want any conversation.’