A disabled veteran says she was kicked off an American Airlines flight because she was black after she wore a face mask that the flight attendant deemed offensive.

Arlinda Johns – an activist in South Florida who was wearing a Black Lives Matter shirt – had boarded a flight from Charlotte, North Carolina to St. Louis, Missouri last Wednesday when a cabin crew member noticed her face covering with a ‘f*** 12’ motif on it.

Johns says when she was asked to remove or hide the embellishment, which is slang for ‘f*** the police’, she complied but was still removed from the plane.

In a video she recorded she is seen wearing a disposable medical mask.

Arlinda Johns believes she was kicked off an American Airlines flight because she is black. She was wearing a mask that read, ‘f*** 12’, which is a reference to police, and a Black Lives Matter shirt 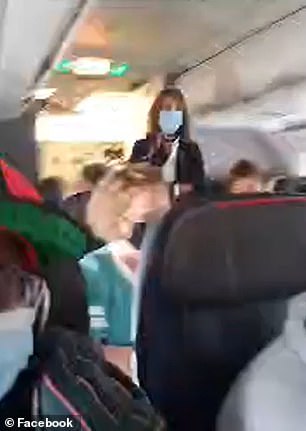 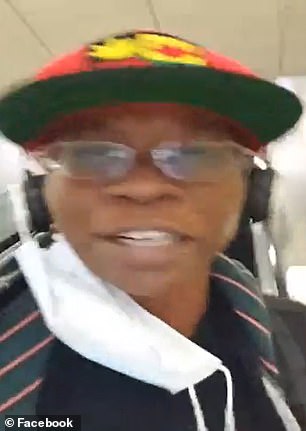 The 12 in ‘f*** 12’ refers to the Drug Enforcement Agency (DEA) and Narcotics Unit but is often used more broadly to refer to the police.

It’s not completely clear where the 12 reference is from but some say it stems from the 1960s TV cop show Adam 12. Adam refers to the letter ‘A’, which describes a two-man patrol car in the LAPD. The ‘12’ referenced the area of Los Angeles the cops patrolled.

People also say it may have come from a numerical reference to the term ACAB (all cops are b*****ds).

‘I am an abolitionist,’ she told Local 10. ‘I believe that we need to defund and abolish the police.’

Johns says she started recording the incident after the woman speed walked to the front of the aircraft.

The airline claims the mask was still visible, prompting the flight attendant to get the plane to turn back to the gate where the passenger was made to deplane.

The passenger was then seen in a Facebook Live being asked by a man to move to the front to discuss the matter.

American Airlines said in a statement that she was kicked off the flight ‘after [Johns] refused to follow crew member instructions to remove or cover a face mask with offensive language.’

‘Although [Johns] initially complied, [she] later continued to display the inappropriate language,’ the airline added. ‘After arriving at the gate, the passenger was asked to deplane.’

In a video clip showing her being escorted out of the airport by police Johns says: ‘This is what American Airlines is doing, and this is what happened to me.’ 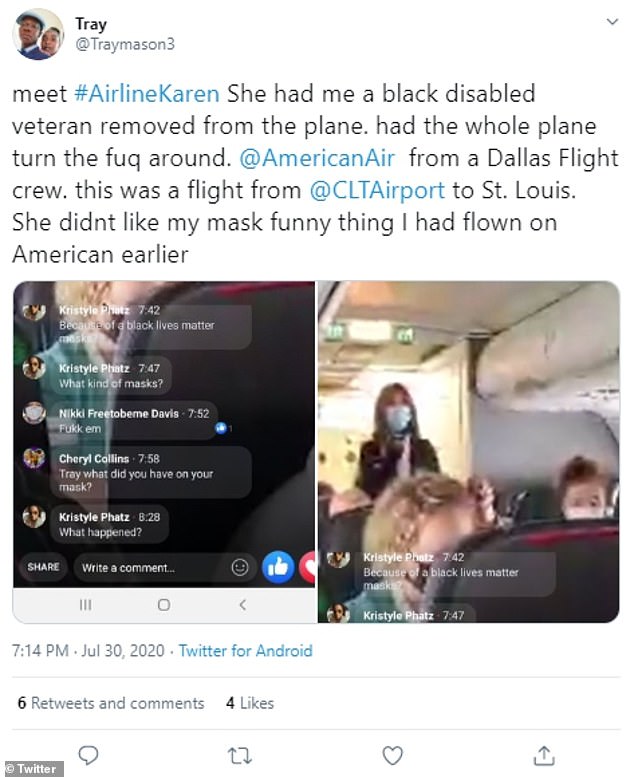 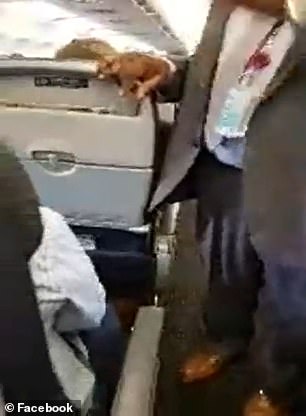 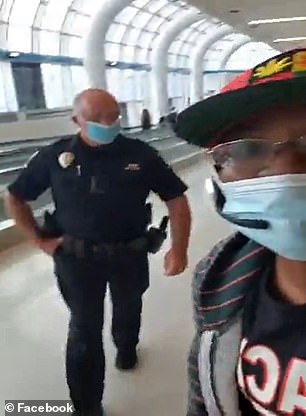 The passenger had to drive to her destination instead of fly

Johns had to drive to Illinois and American Airlines has said it will refund her for the ‘unused portion’ of the ticket. The airline also said it is still looking into the incident.

The passenger said she hasn’t heard from the airline except a response to one of her tweets about the incident. The airline responded: ‘Our specialist will be in contact with you directly to speak with you about this.’

Johns, who says she had to drive for 15 hours to get to her destination more than 600 miles away – replied: ‘I need a new back mfers.’

In one tweet she refers to the flight attendant as ‘Airline Karen’.

‘She had me a black disabled veteran removed from the plane,’ Johns explained on Twitter.

‘She didn’t like my mask funny thing I had flown on American earlier.’

In the clip Johns complains that airline staff are repeatedly referring to her with the male pronoun ‘sir’.

Johns returned on a Southwest flight. She said she has spoken with an attorney.

The airline’s rules are vague. ‘Dress appropriately; bare feet or offensive clothing aren’t allowed,’ it states on the website. It also states they have the right to remove a passenger if they ‘fail to comply with American Airlines rules or policies.’

Her story has attracted attention from the likes of Rosanna Arquette who tweeted: ‘Time to Boycott that lousy airline.’

Last year the airline was blasted for forcing a woman to cover up her shirt that read ‘hail satan’, ‘Est 666’, and featured an upside down cross.

American Airlines eventually apologized after people pointed out there would be uproar if she was discriminated against for wearing a ‘hail Jesus’ shirt.

‘I’m really trying to make some good deeds come out of this. This is really about religious discrimination,’ Swati Runi Goyal said at the time. ‘Because they treated me this way, I can only imagine how they’re treating other religious groups like Muslims.’ 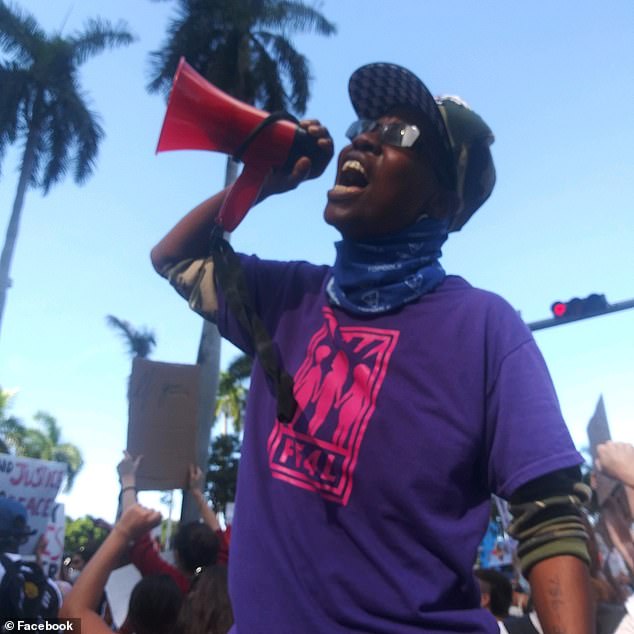 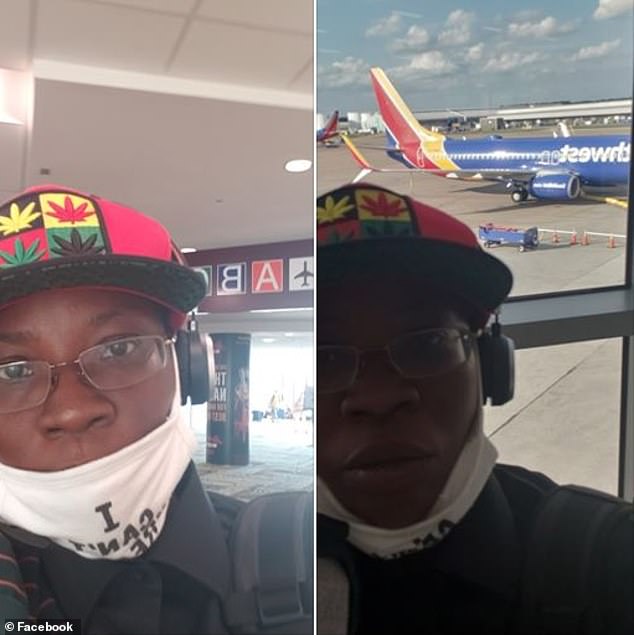