This is the bizarre moment a woman strolls down a street casually knocking off wing mirrors from cars she passes.

CCTV footage of a street in Grimsby shows the woman walking past cars and kicking them, causing potentially thousands of pounds worth of damage.

The woman kicks two cars in the video, and a third is attacked with her hands.

It is believed at least five cars were damaged in the early hours of Sunday morning in the area.

A local told the Grimsby Telegraph: ‘I wouldn’t say that this is a constant problem but it is something that happens every few weeks and it can be very frustrating.

‘That Sunday morning my son actually had his car wing mirror damaged, but he is lucky that it is one that is able to be slotted back into place.

‘I know that one man who had his vehicle damaged at the foot of Carr Lane, and it cost him at least £200 to get repairs done.

They added that it was ‘a bit ridiculous’ that some people were damaging property in ‘in such a random and unnecessary way’.

Humberside Police said they are aware of the video and that it was circulating on  social media but they had not received any reports.

A spokesperson said: ‘We are aware of some Facebook posts about some alleged criminal damage to cars in Wellington Street around February 11 but it does not appear that anything has been reported to police and we have had no complaints.

‘If anyone has been a victim of this damage they should call police on 101 quoting log 255 of February 12.’

CCTV footage of a street in Grimsby shows the woman walking past cars and kicking them, causing potentially thousands of pounds worth of damage 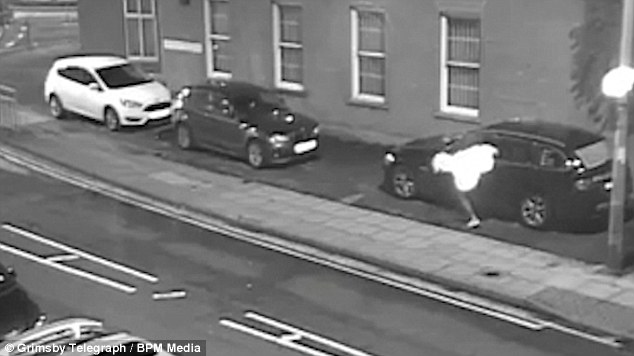 The woman kicks two cars in the video, in a seemingly unprovoked attack in the early hours of Sunday morning 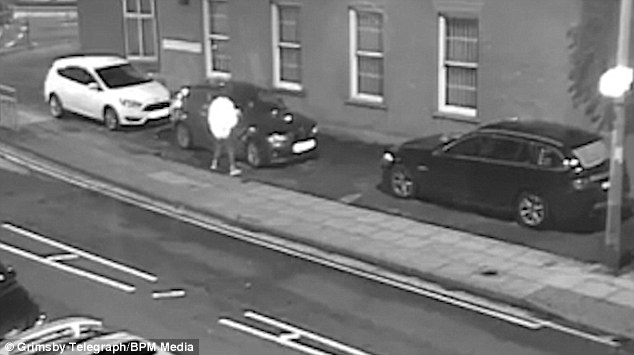 The woman also pulls at a wing mirror of a second car with her bare hands, causing potential damage 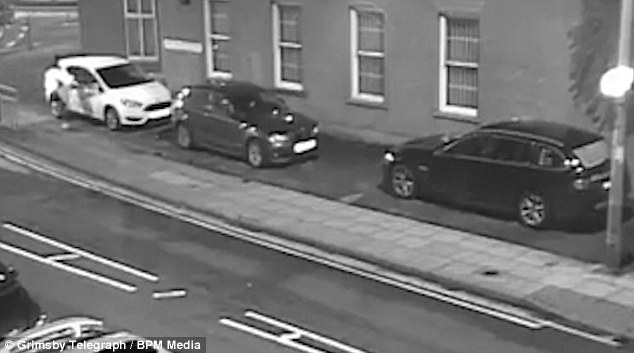