A woman celebrating her 40th birthday on a vacation in paradise with friends was tragically killed when a nail from a collapsing roof pierced her heart during Hurricane Ian.

Maston said: ‘We strapped ourselves to each other with a sheet, laid on the mattress. That water came out that floor so fast, so quick. The roof was smashing us.’

She continued: ‘We tried to kick off the roof and lay on the mattress. It kicked off that roof, so that roof wouldn’t smash us and the roof went, and we went.’

During the carnage, Maston said that she posted videos on Facebook and checked in with family members back in Ohio to assure them that the group was safe.

She added: ‘We started calling people before the water really started rising. We called 911. We called 211. We called everybody to get us out of there, and nobody came.’

The relentless wind and rain continued to pummel the home’s roof until it finally gave way, killing Harris-Miles.

Nishelle Harris-Miles traveled to Fort Myers, Florida, from Dayton, Ohio, just prior to the arrival of Hurricane Ian 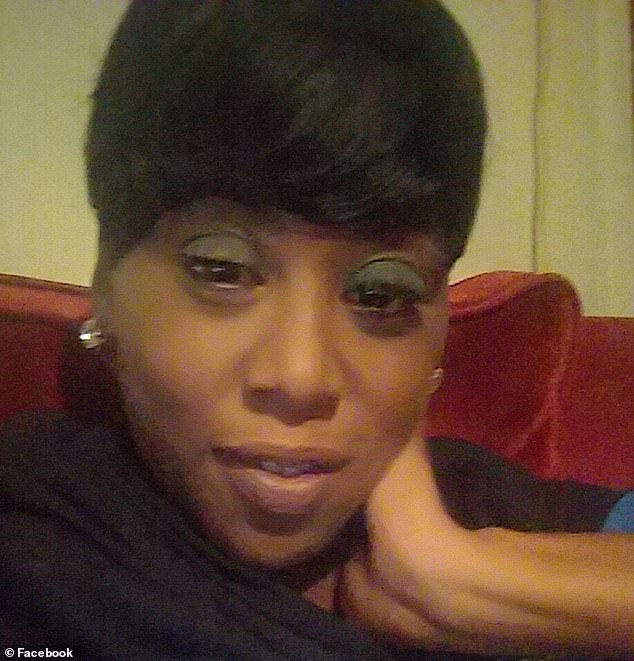 Harris-Miles’ cousin paid tribute to her saying: ‘She loved everything. She loved life’

She died on September 29. According to Facebook posts, the rest of her party were able to fly home in September 30. Her remains are still in Florida.

The group was trapped in the home for 14 hours before they were rescued.

Maston paid tribute saying: ‘She loved everything. She loved life.’

That sentiment was echoed on Harris-Miles’ Facebook page where she wrote: ‘I love to have fun, enjoy myself, you only life once.’ On that profile she adds: ‘If it don’t make dollars then it don’t make sense.’ 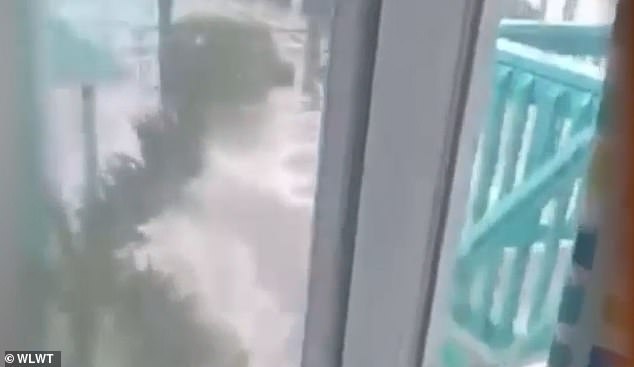 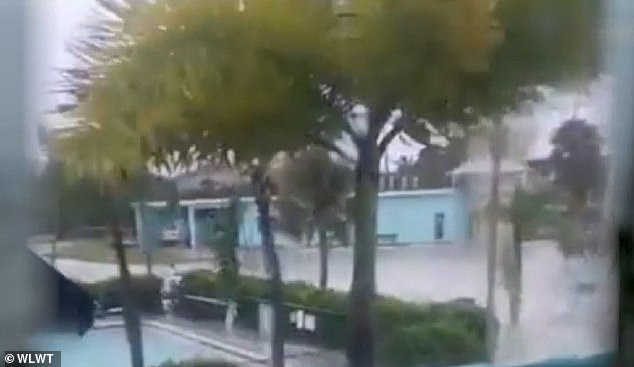 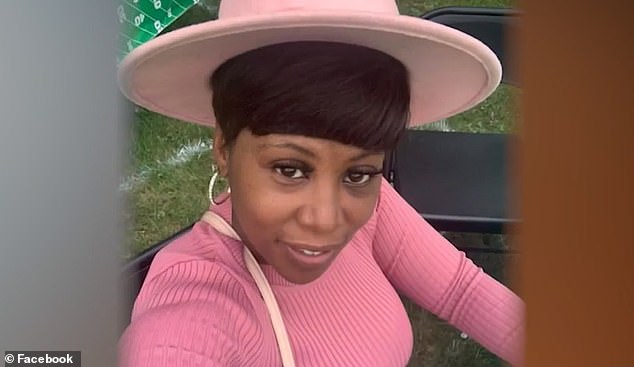 On Sunday, a balloon release took place in honor of Harris-Miles at her home Dayton in Dayton, her daughter wrote in a Facebook page

On Sunday, a balloon release took place in honor of Harris-Miles at her home  Dayton in Dayton, her daughter wrote in a Facebook page.

A friend wrote of the victim on Facebook: ‘I love you sister and I pray the heavens enjoy your company as much as we did. You were definitely the life of the party.’

The post continued: ‘Your spirit will definitely resonate with us until we meet again.’

Another friend wrote: ‘I’m so glad we spent your birthday with you. I’m so glad I told you I loved you before we left. I will forever miss you.’

The death toll from Hurricane Ian climbed past 80 on Sunday as embattled residents in Florida and the Carolinas faced a recovery expected to cost tens of billions of dollars, and some officials faced criticism over their response to the storm.

The death toll was expected to keep rising as floodwaters receded and search teams pushed farther into areas initially cut off from the outside world.

Hundreds of people have been rescued as emergency workers sifted through homes and buildings inundated with water or completely washed away.

The storm weakened Saturday as it rolled into the mid-Atlantic, but not before it washed out bridges and piers, hurdled massive boats into buildings onshore and sheared roofs off homes, leaving hundreds of thousands without power.

The bulk of the deaths confirmed in Florida were from drowning in storm waters, but others from Ian’s tragic aftereffects. An older couple died when they lost power and their oxygen machines shut off, authorities said.

As of Saturday, more than 1,000 people had been rescued from flooded areas along Florida’s southwestern coast alone, Daniel Hokanson, a four-star general and head of the National Guard, said.

Florida utilities were working to restore power. As of Sunday morning, nearly 850,000 homes and businesses were still without electricity, down from a peak of 2.67 million.

In Washington, the White House announced that President Joe Biden and first lady Jill Biden would travel to Florida on Wednesday. But a brief statement did not release any details of the planned visit.

The bridge to Pine Island, the largest barrier island off Florida’s Gulf Coast, was destroyed by the storm, leaving it accessible only by boat or air. The volunteer group Medic Corps, which responds to natural disasters worldwide with pilots, paramedics and doctors, went door-to-door asking residents if they wanted to be evacuated.

Some flew out by helicopter, and people described the horror of being trapped in their homes as water kept rising.

Chris Schnapp was at the Port Sanibel Marina in Fort Myers on Saturday, waiting to see whether her 83-year-old mother-in-law had been evacuated from Sanibel Island. A pontoon boat arrived carrying a load of passengers from the island — with suitcases and animals in tow — but Schnapp’s mother-in-law was not among them.

‘She stayed on the island. My brother-in-law and sister-in-law own two businesses over there. They evacuated. She did not want to go,’ Schnapp said.

Now, she said, she wasn’t sure if her mother-in-law was still on the island or had been taken to a shelter somewhere.

On Pine Island, the largest barrier island off Florida’s Gulf Coast, houses were reduced to splinters and boats littered roadways as a volunteer rescue group went door-to-door, asking residents if they wanted to be evacuated. People described the horror of being trapped in their homes as water kept rising.

‘The water just kept pounding the house and we watched, boats, houses — we watched everything just go flying by,’ Joe Conforti said as he fought back tears.

He said if it wasn’t for his wife, who suggested they get up on a table to avoid the rising water, he wouldn’t have made it: ‘I started to lose sensibility, because when the water’s at your door and it’s splashing on the door and you’re seeing how fast it’s moving, there’s no way you’re going to survive that.’