When Genevive Le Hunt first began her baking start-up, she was working part-time in PR and hoping her passion product would earn some extra cash at local markets.

She launched Bake Mixes from her parents’ kitchen, and watched it grow into a product that is now sold in more than 350 stores across Australia.

It has been an incredible journey for the Melbourne native, who has always loved to bake but often found it difficult due to her lactose intolerance.

While Genevieve, now 29, would often experiment with replacements for eggs and milk, she also found it tiring having to constantly make everything from scratch.

Genevieve Le Hunt, 29, is the woman behind Bake Mixes – vegan-friendly cake mixes that are made without any refined flours or preservatives

‘I thought, well if I can’t be bothered doing this maybe other people can’t be either,’ she told Daily Mail Australia. ‘And that’s literally how it started.’

So Genevieve decided to design and create completely vegan-friendly cake mixes, made without any refined flours or preservatives.

‘It’s as natural as if you made it at home,’ she said.

Genevieve began making products in her parents’ kitchen in 2014, going home on her lunch break to get deliveries inside and cooking after work.

But when Genevieve decided to put up an online store, she began making sales within minutes from people she didn’t know. 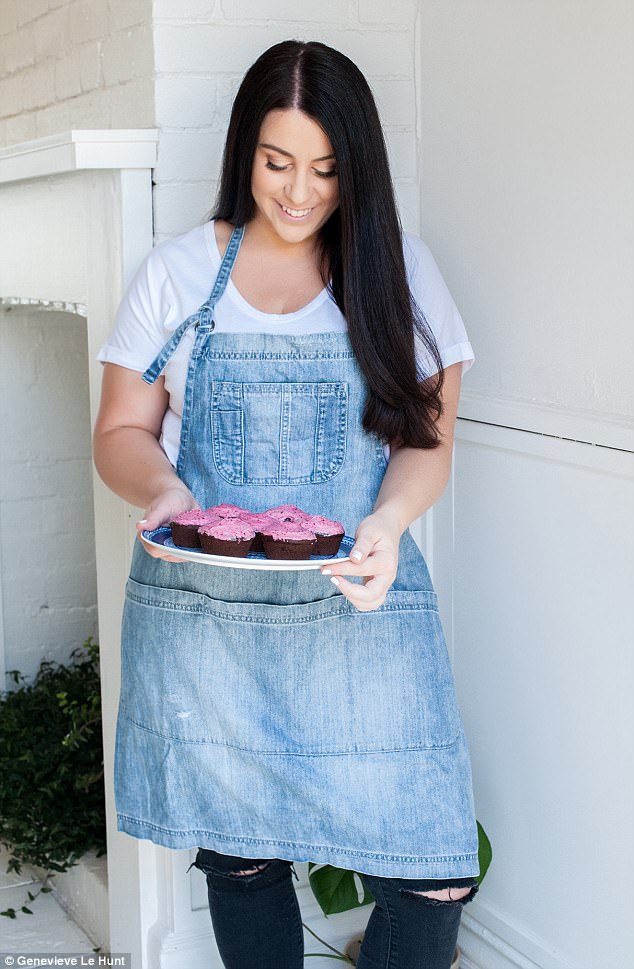 Genevieve began making her products in her parent’s kitchen in 2014. Now her products are in more than 350 health food stores across Australia

‘On the first day I made more money in the first few hours of launching online than I did during that whole week of work,’ she said.

‘When I started getting approached by distributors I thought, “Oh, looks like a lot of people can’t be bothered baking from scratch either. I might have something here.”‘

Genevieve was made redundant at her PR job just two weeks after launching her business, and realised it was ‘meant to be’.

But despite her experience with public relations, learning how to launch a company wasn’t exactly easy.

‘I had no idea what I was doing, to put it bluntly,’ she said. ‘No one’s born knowing how to run a business.’

‘I really just had to make it up, I had no business experience. I’d only just turned 26 when i started, so I was really clueless.’

But Genevieve also knew she specifically wanted to target the female millennial market. 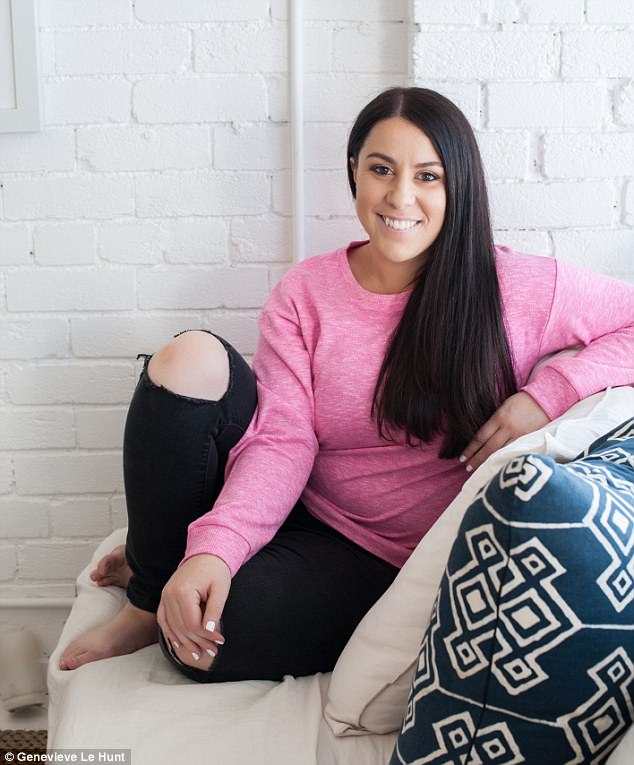 Genevieve only expected to sell a few of her products at local farmers markets. But after putting up an online store, she began making sales within minutes

‘I think there’s a lot out there for mums, which is great, but I think female millennials also do a lot of our own cooking and are empowered to live healthy lifestyles,’ she said.

Genevieve does heavy social media marketing and has also collaborated and created products with influencers and partnered with the likes of Lorna Jane.

‘We go where we know our customers would be,’ she said.

‘I’m my own customer, I eat my own products, the product is so genuine to me. I don’t have a team deciding the marketing or brand.’ 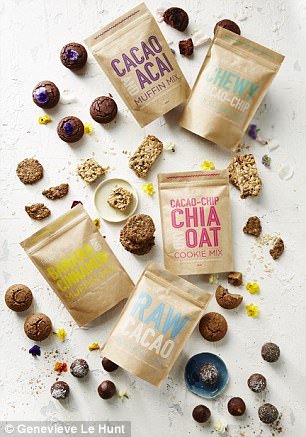 Now the entire Bake Mixes range is made at Endeavour Foundation, which employs people who have a disability

‘If I would go there, I’ll put a show on there. If I would eat this flavour, I will make the flavour. I think it keeps it genuine.’

That authenticity quickly paid off. In 2015 Genevieve won the ‘Organics’ award at the Food Magazine Awards, beating out major brands.

With her products now in more than 360 stores nationwide, Genevieve has come a long way from making deliveries in her car and worrying about product shipments late into the night.

Now the entire Bake Mixes range is made at Endeavour Foundation, which employs people who have a disability and would likely not be able to get work elsewhere.

‘It’s just amazing,’ Genevieve said. ‘They make excellent products, they’re so good at what they do, and I really like supporting nonprofits.’

‘A percentage of our profits go to a children’s charity as well. If I’m going to have a business and make some money, I owe some money back to the community as well.’

In the next five years Genevieve hopes to see Bake Mixes on the shelves of all registered markets to make baking easier than ever for everyone.

‘I want it to be a no-brainer mix for people that gives them a convenient, healthy option for food and empowers them to go back to cooking,’ she said.

‘We’re really encouraging people to get back to baking.’

Genevieve said the next step is working with larger retailers and expanding the range into the United States.

But as the brand continues to grow bigger and bigger – doubling its profits every year since it first launched – it’s still meeting the customers that Genevieve cherishes the most about her job.

‘I just love when I meet customers and they say “I love this, I buy this, I cook this for my kids, I cook this and take it to work”‘ she said.

‘Making people love cooking again and love what they’re eating, that’s what I care about.’