A white woman unleashed an expletive-filled tirade that quickly turned racial against Hawaiians after she was asked to move her car from a Walmart parking lot in Hawaii.

The alarming scene reportedly unfolded last week outside a Walmart store in the town of Hilo, the New York Post reports.

A resident who captured the meltdown said the woman was ‘going nuts on everyone’ and refused to move her car.

A woman in Hilo, Hawaii, reportedly became upset with a Walmart security guard and others after they asked her to move her car from the parking lot

The woman is seen standing beside her car while a security guard urges her to move her vehicle out of the parking lot aisle.

The security guard attempts to explain that ‘this is a roadway’ and asks if ‘she can please move her car.’ 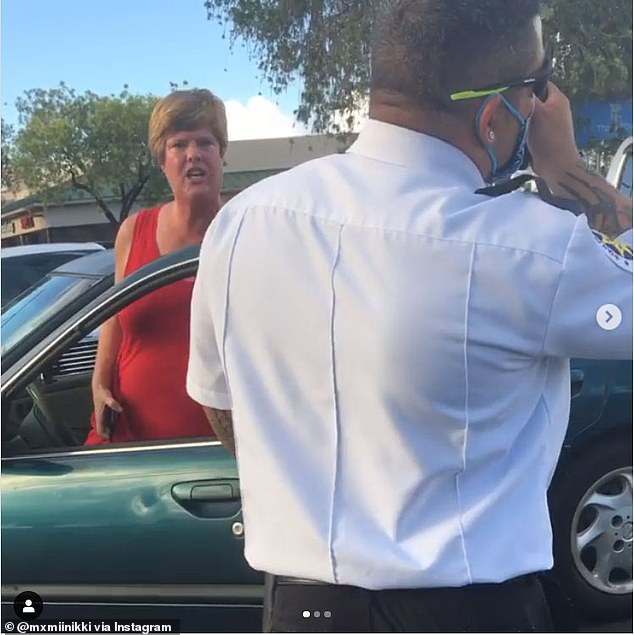 ‘Everybody better stop f****** yelling at me right now because I’m not moving my car!’ the woman screams across the parking lot.

The woman appears to relent by getting into her car, but instead launches into a series of insults at the security guard..

This security guard lashes back, telling the woman to ‘shut the f*** up and leave’ because she’s blocking traffic.’ 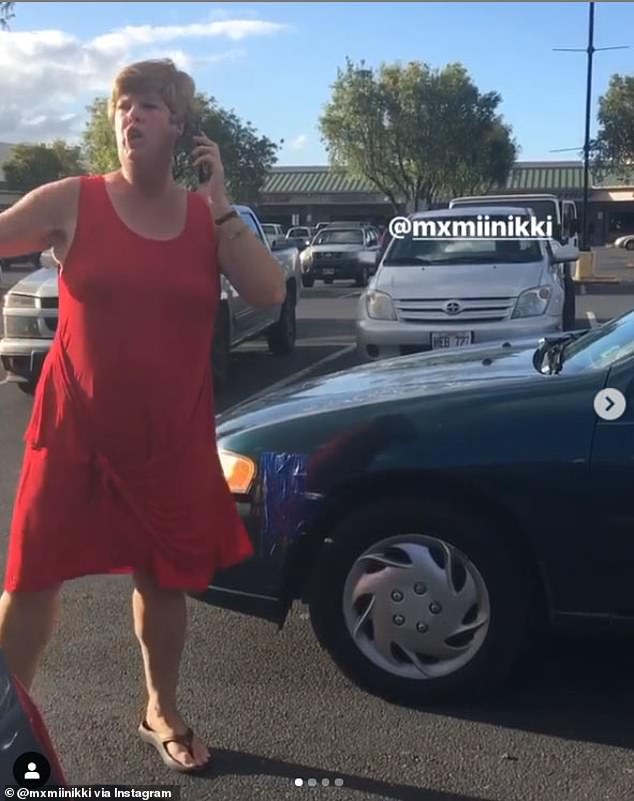 Then, the woman appears to become irate at a brief conversation the security guard had with some nearby witnesses.

The woman begins to drive away, but a comment by a Walmart employee saying ‘that’s enough’ reignites her anger.

A second video shared to  a resident’s Instagram account shows the woman on the phone with authorities while her car sits idle  in the middle of the parking lot.

The woman seems to tell authorities that she has been the victim of racial jabs from witnesses.

‘And now I have some other Hawaiians here who are also saying, “Oh, go back to the mainland” because I have blonde hair and blue eyes.’

There were no reports of any arrests and or injuries.