A woman has detailed the horrifying ordeal that left her struck down with sudden paralysis days after catching the flu.

Morgan Williams, 23, from Texas, was living in Kona, Hawaii, when she fell ill with the flu in March 2018, after declining to get the vaccine.

Along with a high fever, she also had shooting pain in her hips and legs, but her doctor dismissed the symptoms as stiffness from lying in bed.

The day after her doctor’s appointment, she woke up unable to move her legs and felt weakness in her arms.

Williams was taken to two hospitals before she was diagnosed with Guillain-Barré syndrome, a rare disorder often preceded by an infectious illness – and in which the immune system attacks the peripheral nervous system, paralyzing parts of the body.

Morgan Williams, 23, from Texas, was living in Kona, Hawaii, when fell ill with the flu in March 2018. Pictured: Williams leaving the hospital 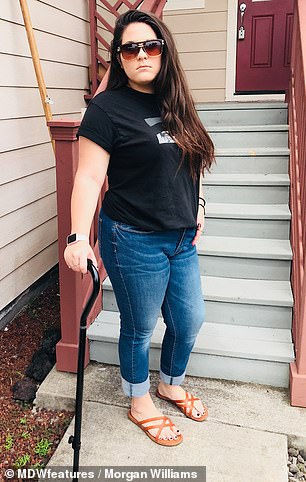 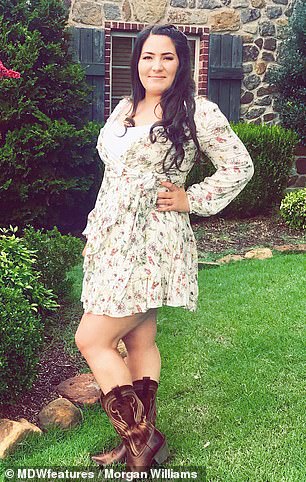 For two weeks, Williams (left and right) felt a shooting pain in her hips and legs. However, her doctor dismissed the symptoms as stiffness from lying in bed

Williams said her workplace started offering the flu vaccine in February 2018, but she turned it down, although she didn’t explain why.

‘Within that week I got sick with the flu,’ she said.

For two weeks, she had a fever of 104F, a rash, a migraine and sharp shooting pains in her hips and legs.

She said that when she went to visit her doctor, she felt something was wrong due to the severe pain in her hips and legs.

‘He dismissed me and said that because I’d been sick and lying on my back for two weeks, it was just tightness,’ Williams said.

‘I knew he was wrong, but he cleared me for work and sent me on my way.’

Hours after leaving the doctor’s office, Williams began experiencing weakness and loss of balance. Later that day, she wasn’t able to walk or stand on her own.

Desperate, she turned to Google the next morning and found that her symptoms matched perfectly with Guillain-Barré syndrome (GBS), a disorder in which the body’s immune system attacks the peripheral nervous system.

‘I thought I was being dramatic,’ Williams admitted.

‘When I woke up that morning on March 27, I was completely paralyzed from the hips down, and was experiencing weakness in my arms and face.’

Williams was taken to Kona Hospital, but had to be airlifted to The Queen’s Medical Center in Oahu.

It was at the second hospital where doctors determined she had GBS. 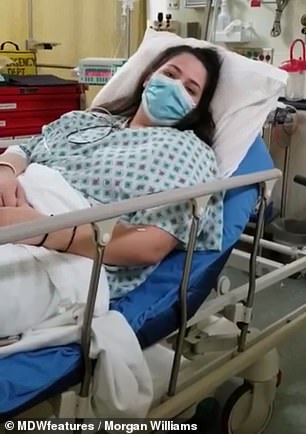 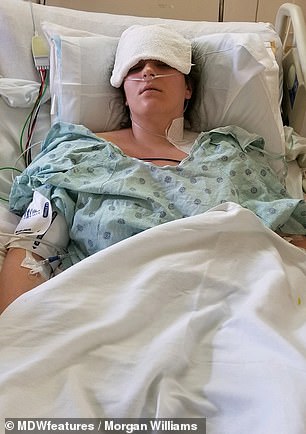 The day after her doctor’s appointment, Williams woke up unable to move her legs. She was taken to two hospitals before diagnosed with Guillain-Barré syndrome. Pictured, left and right: Williams in the hospital 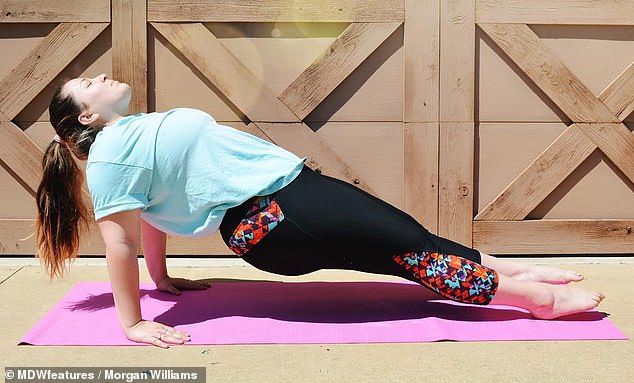 GBS is a rare disorder in which the body’s immune system attacks its peripheral nervous system. Pictured: Williams doing yoga to gain back strength

GBS is rare with between 3,000 and 6,000 developing the disease every year in the US, according to the Centers for Disease Control and Prevention.

‘They seemed nervous to diagnose me right away, so they performed a handful of tests and decided to perform a spinal tap before officially diagnosing me with GBS,’ Williams said.

‘It was slightly unsettling to see how nervous the doctors were and that they’d never seen a case of GBS before.’

On her second day in the hospital, half of Williams’s face was drooping and the paralysis kept climbing higher until she felt it in her arms.

She couldn’t hold her phone, use a fork and knife, or lift her hands above her ears, and had to be placed on oxygen to help her breathe.

When you have Guillain-Barré, the immune system produces harmful antibodies that attack the nerves. 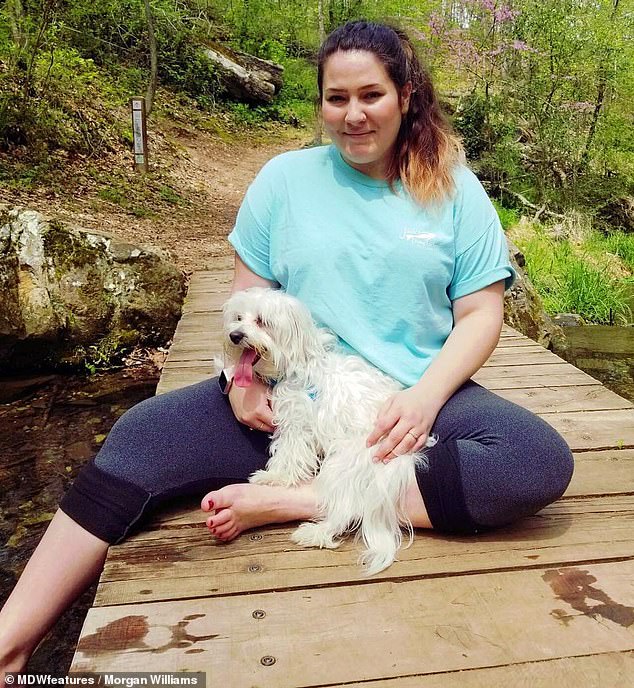 She stayed in the hospital for two weeks and received IVIG, a treatment made from donated blood that contains healthy antibodies to block harmful ones from continuing damage 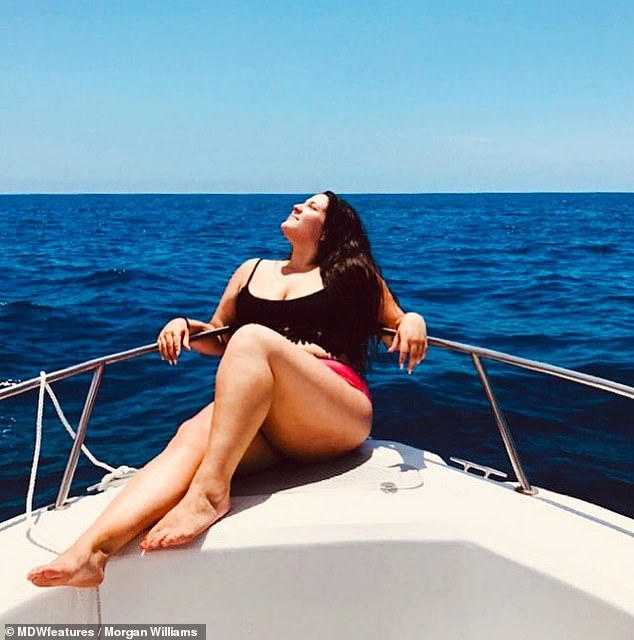 Williams has learned to walk unaided again, but still experiences fatigue and residual weakness in her limbs. Pictured: Williams in Hawaii before she was diagnosed with GBS

Williams was given eight treatments of IVIG before she started to show signs of recovery. She was discharged from the hospital after two weeks.

More than a year since developing GBS, Williams has faced a long physical recovery as well as the mental recovery.

Since her hospitalization, she has experienced post-traumatic stress disorder, depression, chronic fatigue and night terrors.

Most who have Guillain-Barré make full recoveries, but some are left with tingling sensations in the arms and legs.

‘I’m told by doctors that I will always have a chance of relapsing,’ Williams said. ‘My immune system has been compromised so it’s very weak.’

She has shared her recovery journey on Instagram to encourage others not to take their health for granted.

‘I’ve learned first-hand that your mental health is just as important as your physical health,’ Williams said.

‘There’s no shame in seeking help, such as going to a therapist or simply vocalizing internal conflicts. Don’t take your life or your body for granted – take care of yourself and love yourself.’