Woman loses legs and fingers to meningococcal B disease, says she is ‘lucky’ to be alive

‘Half of me didn’t believe it’: Woman, 28, who thought she was coming down with a fever wakes up from a coma ten days later without her legs and fingers

A young woman who lost her legs and fingers to meningococcal disease thought she was just catching a cold.

Sydney woman Juttima Chinnasri, 28, went to bed early one night in October last year, concerned that her fever was a sign on an oncoming flu.

When she woke up the next morning, she was covered in blotchy, dark rashes and was rushed to hospital. 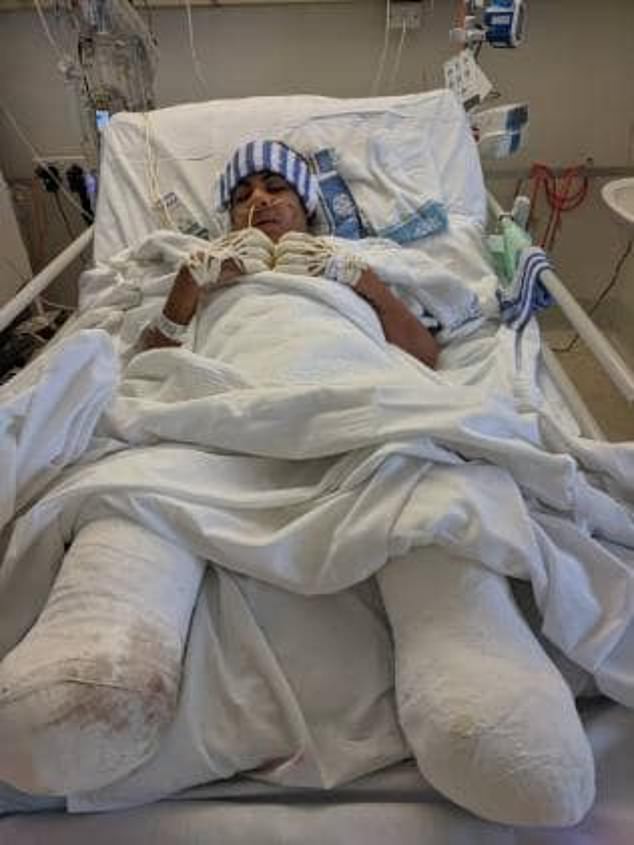 The young woman’s body was coated in black splotches, diagnosed as meningococcal disease, and comatose for ten days (pictured)

Doctors at St George Hospital told Ms Chinnasri she was ‘very, very sick’, with blood testing confirming she had meningococcal B.

She was placed in a coma as hospital staff worked desperately to save her life.

When she woke up after ten days, she was told her fingers and legs had to be amputated.

‘Half of me didn’t believe it,’ she told The Daily Telegraph.

‘I hoped there was another way out so I did not have to lose my legs and hands.’

She would spend the next three months in hospital, learning to live without her extremities.

Wheelchair-bound, she has since returned to her parent’s south Sydney home in Kogarah. 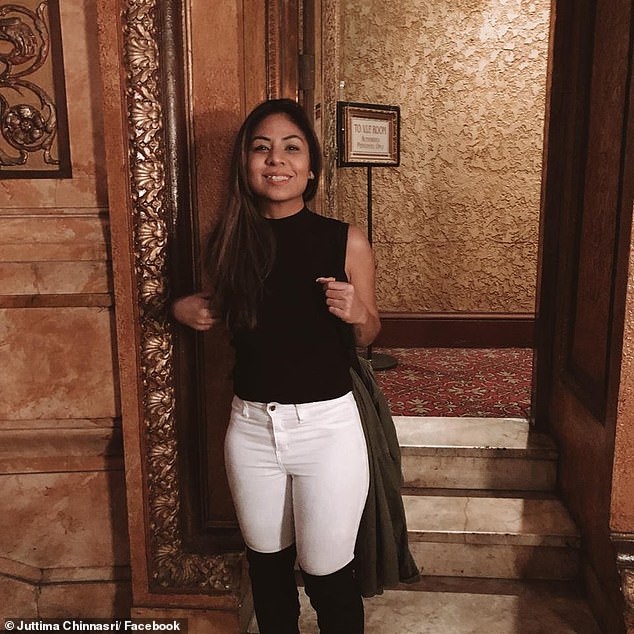 Ms Chinnasri says she is lucky to be alive, as meningococcal B kills one in every ten sufferers 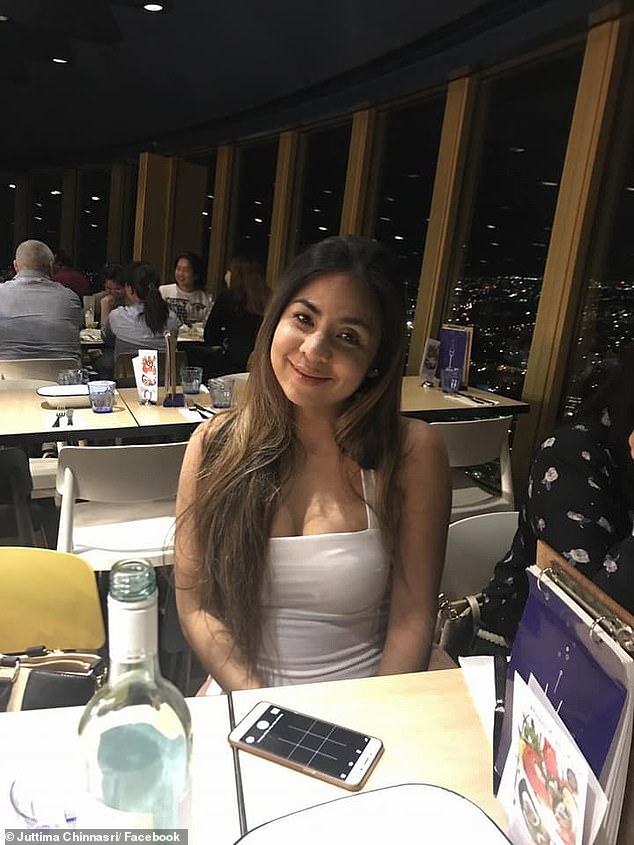 Despite not being able to walk, she says she still considers herself very lucky.

‘I just try and think I am lucky I’m still here, it could have been way worse,’ she said.

One in every ten people who are diagnosed with meningococcal B – the most common of the five strains of the disease – die.

‘We’ve seen people at breakfast be dead by dinner, you literally see rashes develop before their eyes.’

WHAT IS MENINGOCOCCAL DISEASE?

Meningococcal disease is a bacterial infection that can cause death within hours if not recognised and treated in time.

There are five main strains of the infection, each of which now have a vaccine available in Australia.

Although the majority of victims will recover fully, 10% of those infected will die, and around 20% will have permanent disabilities.

If left untreated, the disease is fatal.

Amputation is not uncommon. Neither is organ failure and kidney damage, with extreme cases requiring long-term dialysis.

Babies and children up to five-years-old account for two-thirds of cases due to their less mature immune system.