Woman offers $25,000 for the return of her toy poodle named Remmy

Woman desperate to find her beloved poodle named Remmy offers $25,000 for his return after the pooch was attacked by a bigger dog and ran away

A woman desperate to be reunited with her beloved toy poodle named Remmy has pledged $25,000 to the person responsible for her safe return.

Tracee MacMillan was walking Remmy in Riverside Gardens in Bayswater, Perth, on November 27 last year when the pooch was attacked by a bigger dog.

Remmy ran into nearby bush once she was released from the dog’s mouth and has not been seen since.

Tracee MacMillan (left) has offered $25,000 to the person who can help return, find, or provide answers about what happened to her missing toy poodle Remmy

Ms MacMillan has spent the last two months relentlessly raising awareness of her disappearance on social media, but ‘despite many potential leads’ she is yet to be found.

‘All info helps. If you have Remmy, please give her back. You won’t be in trouble.

The reward has been offered to the person who returns or finds Remmy, or who can provide the piece of information that directly leads to locating the pooch or uncovering what happened to her. 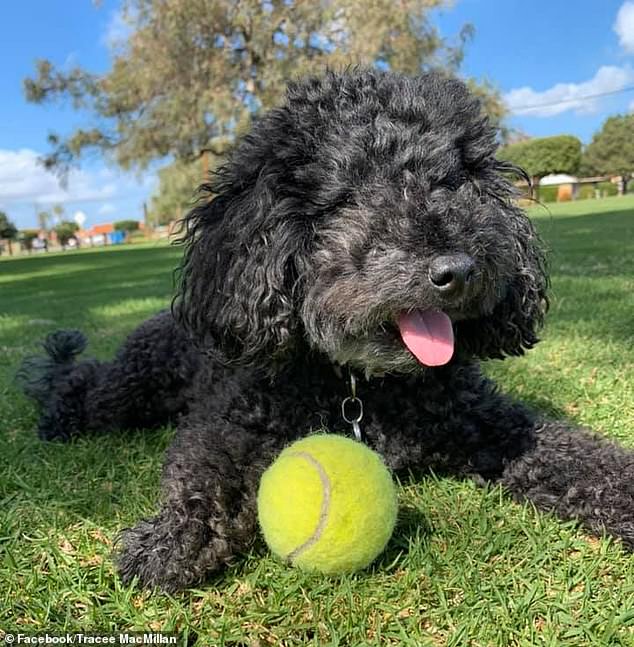 Extensive land and water searches were conducted throughout the area for Remmy, who has black coat with a white chin and a missing front tooth.

The MacMillan family are devastated and say they are desperate for answers.

‘She is such a loved member of my family and we just need her back,’ Ms MacMillan wrote online.

‘We love her, we miss her and we are heartbroken that she is still out there somewhere.

‘The unknown is such a killer and it doesn’t get any easier as time passes by.’ 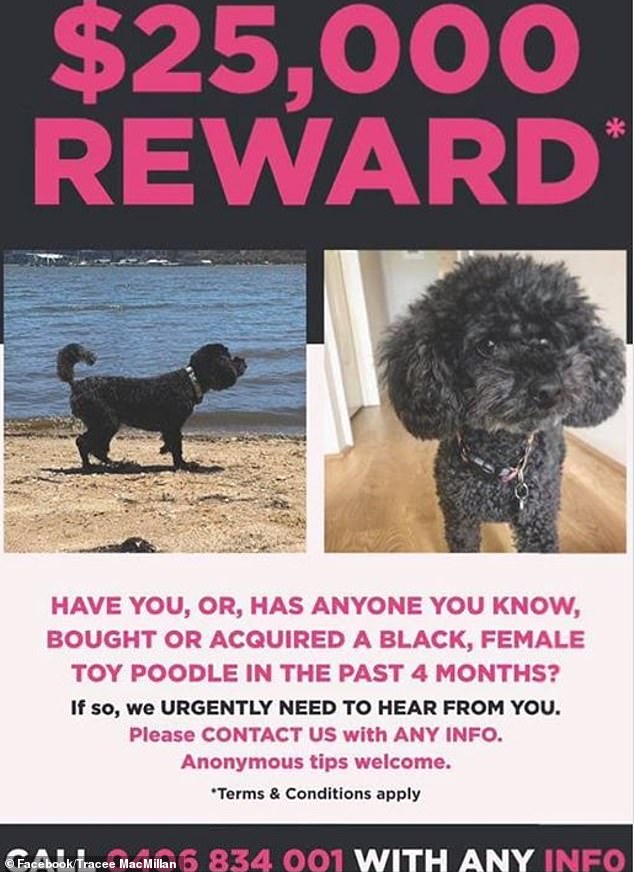