Woman opens up about being divorced at 19

Women used to give up their education and career dreams for marriage as the norm, and although this happens less and less every day, there are those who still choose this path, and are left with nothing to fall back on when it doesn’t work out.

Taylor Gamble got married right out of high school, and is now divorced at 19, picking up the pieces of her life after giving up college and moving across the country to support her now ex-husband’s military career.

The New Jersey native said she was ‘always the girl who would go to college,’ so her friends and family were surprised when, after getting into her dream school in South Carolina, she decided to marry Albert, her high school sweetheart and move to California instead. But to Taylor, ‘what went down after my boyfriend and I said “I do” was the biggest shock of all’.

Happy couple no more: Taylor Gamble, 19, separated from her husband Albert after giving up on college and moving across the country for his military career 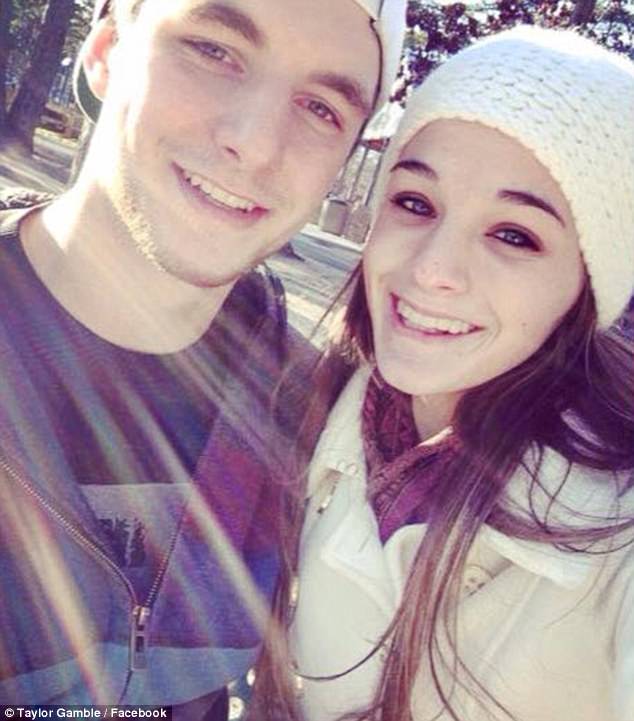 Hindsight: She detailed the breakdown of her marriage in a Seventeen magazine piece, saying she doesn’t regret getting married but now sees that she should’ve put herself first

In a piece for Seventeen magazine, Taylor opened up about her relationship, how it changed during her marriage, and what lead to its quick demise.

She shared that she and Albert grew up together, but become a couple after an she spilled a drink on herself on the bus home from high school when she was a freshman and he a sophomore.

‘I turned around because I heard him cracking up laughing behind me. I just remember thinking, Wow. That’s a smile I could get used to seeing,’ recalled Taylor

‘He really has the most perfect smile with these beautiful white teeth.’

She added that the next years were a ‘whirlwind,’ as they grew their romance; she was a cheerleader and he would watch her perform, bringing her Gatorade and snacks after her halftime routines.

‘There was some high school drama and we broke up a few times, but as my graduation loomed closer, I knew for sure that we were in it for the long haul — we did everything together, we loved each other’s families, and we talked excitedly about our future,’ she continued.

Albert planned to join the military, and Taylor said she was willing to follow him wherever he went, not able to imagine her life not by his side. He proposed three months after her high school graduation, and they got married on November, 2015 at a courthouse as 15 to 20 of their close friends and family watched. 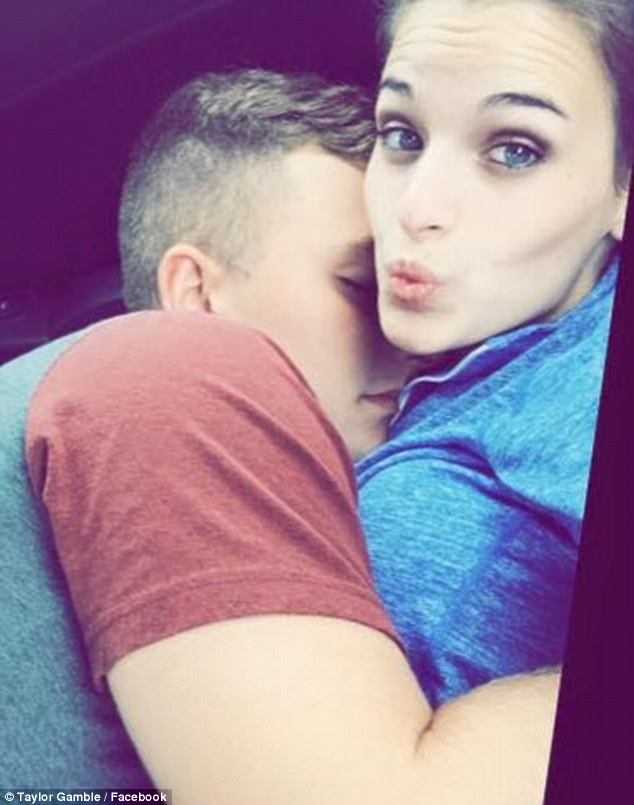 High school sweethearts: Albert proposed to Taylor three months after her high school graduation, and they got married in November 2015 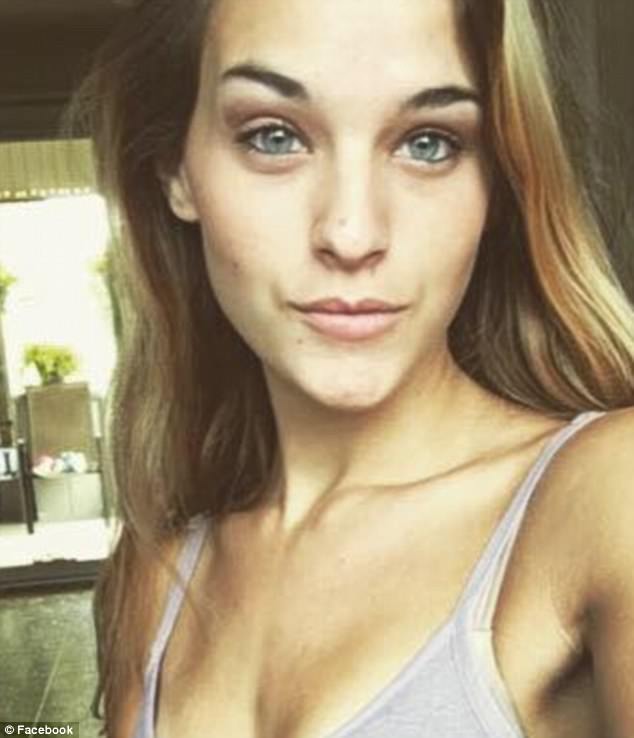 A sad time: Once in California, Taylor said her days were spent alone and she was unable to find a job. Moreover, Albert refused to pay for any educational programs

‘I didn’t have a wedding dress or a fancy reception or anything like that, but just being with Albert was enough for me,’ Taylor, who was 18 at the time, said, adding that it was the ‘happiest’ day of her life.

After their parents threw the couple a party at a local restaurant, they went on a ‘mini honeymoon’ at a hotel near the beach. Soon, it became apparent to Taylor that being such a young married woman was not a common sight, with people staring at her ring and making comments about her age.

Still, Taylor said her first week as a married woman was ‘blissful,’ and the newlyweds soon moved to the California where Albert was stationed.

But things quickly became difficult: The couple couldn’t move into the military base right away and stayed in a cramped hotel room for the first seven weeks.

‘It was pure hell. There was a microwave, but no kitchen, so we bought a little portable grill so we could cook burgers and chicken,’ shared Taylor.

She spent the $7,000 she had saved up from her waitressing job on the hotel room, their car, and their meals, but said that while she was a little bitter about spending the money, she figured being married meant what was hers was also Albert’s and vice versa, and was happy to help him out.

Their situation didn’t improve once they were able to move in the base. Although they lived rent-free, Taylor said the place was ‘kind of a mess’ with the toilet always clogged and a shower that never worked. 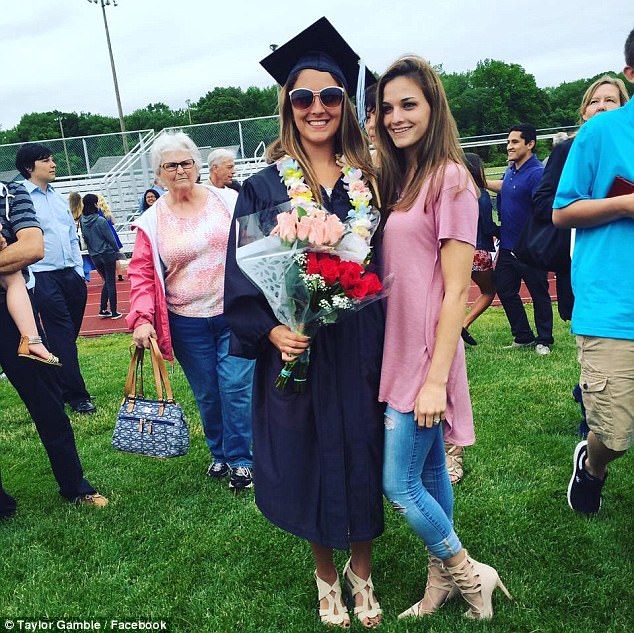 The breakdown: After seven months of living together, the couple agreed that Taylor would fly back home for her sister’s graduation and take a summer job in her home state of New Jersey 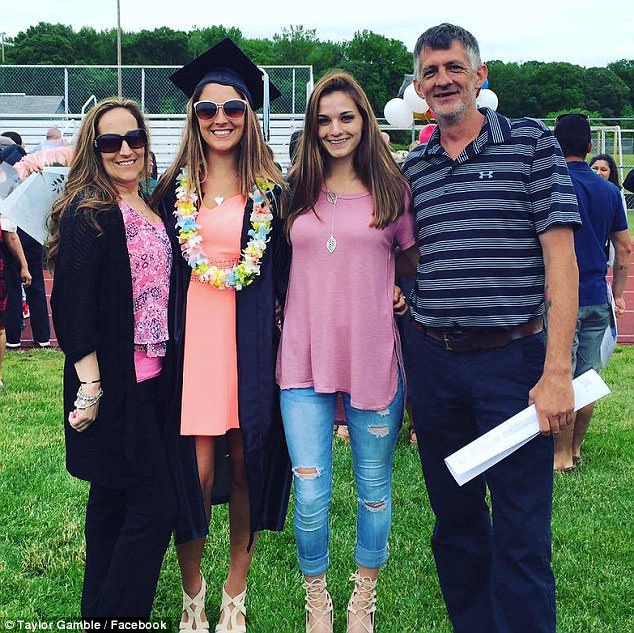 Coming clean: Taylor said at first she was ashamed to tell anyone about the break up, even keeping it a secret from her dad

Albert worked long hours, and nobody would hire Taylor, who couldn’t to school either because she hadn’t applied to any colleges in California. This meant she would spend all week days alone, and even weekends when her husband was on duty.

And her husband wasn’t easing her loneliness: ‘Even after Albert came home from work, he’d either go to the gym, or he’d be too tired to do anything. I was so lonely. I met a few military wives, but they were older and had kids, and I couldn’t relate to them.’

She entertained herself with Netflix, FaceTiming her sister and cleaning.

‘I was basically a housewife — just without the kids,’ she admitted of her time in California, saying that the worst part of it all was that Albert refused to discuss her career, or pay for any educational programs, only focusing on his whole life even though she had moved across the country to support him.

‘The strain was starting to take its toll on us. When we were together, we’d just sit around the house for hours, basically not even speaking. He’d be playing his video games and I’d be watching Netflix or making dinner. It was kind of awkward.’

After seven months of living together, the couple agreed that Taylor would fly back home for her sister’s graduation, and would stay over the summer to make money at her old waitressing job.

But after she and Albert got into a huge fight and didn’t speak for days after, it was apparent to Taylor that things had changed forever between them. 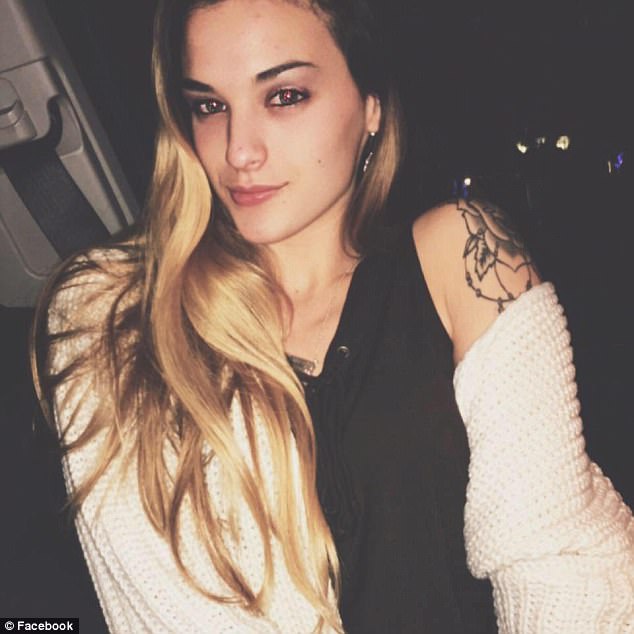 Single: For the first time since she was 14, Taylor has no relationship or contact with Albert

‘I was just done. I couldn’t do it anymore. I didn’t want to be together anymore.’

When they saw each other again when Albert flew to New Jersey to be there for his father’s surgery, they decided to end their marriage.

‘The conversation stretched out for hours, but ultimately, we came to the same conclusion: we love each other, but we’re not in love anymore.’

For the first time since Taylor was 14, she has no relationship at all to Albert, and the exes are saving up money to get legally divorced.

At first Taylor struggled to share the news of her separation, only telling her mom and sister, not even her dad; she said she would lie to people when she ran into them and was asked about Albert, feeling embarrassed and like she had ‘failed at something’.

Now, Taylor is left thinking about her choices and how they affected her future.

‘Sometimes I sit back and think, wow, what was I thinking?’ she admits. ‘I don’t regret that time, because I really did love him, but I do think about where I’d be today if I hadn’t spent all that time and energy focusing on his career.

‘What if I had poured all that time and energy into my own career? What would my life look like now? In the future, I have to set the bar high for myself and never give up on my dreams.’

Although she said she still believes in marriage, Taylor said she won’t be trying it again until she’s in her 30s.