Woman plummets 90ft from apartment block and walks away

This is the extraordinary moment a 27-year-old woman plummets 90ft from a Russian tower block into a snow drift – before heaving herself up and walking away.

Remarkable footage shows the woman somersaulting several times during her three-second fall from the ninth floor of an apartment block in the central town of Izluchinsk.

She thumps down in to a huge pile of snow and the gravity of her fall throws up a spray of white powder.

For a few heart-stopping moments, the blurred dark outline of her body lies sprawled on the ground motionless. 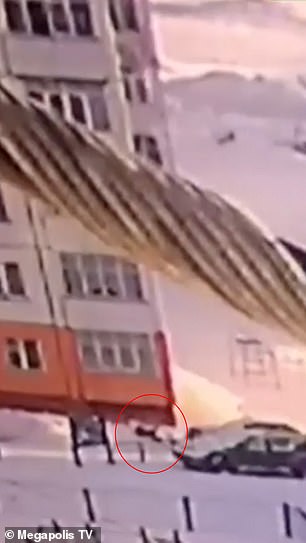 But the woman then begins to stir and steadily sits upright before picking herself up and calmly walking away.

The woman, who has not been named, then sought help from neighbours and asked them to call an ambulance, according to local reports.

She is now in a hospital in the oil rich Khanty-Mansi autonomous region of western Siberia.

Doctors confirmed that the woman is suffering from internal bruising but were ‘surprised’ that she had no broken bones after her terrifying fall. 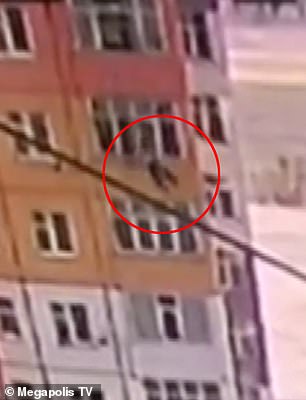 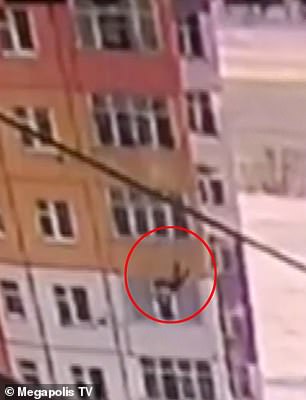 The temperature was minus 14C when she fell on January 22.

Police are believe to be investigating the fall but the woman was said to have been home alone when it happened.

Reports said there was ‘no criminal motive’ but it remains unclear why she fell.

Snow had been blown near the apartment block, and yard sweepers had added to the heap which cushioned the woman’s dramatic plunge. 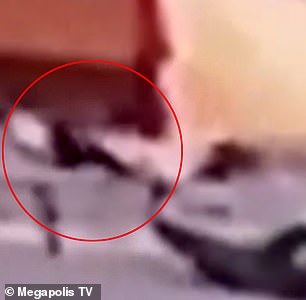 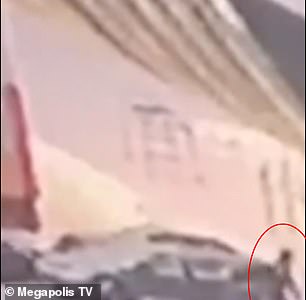