Woman police officer, 50, is banned from the roads for drink driving

A female police officer has been banned from the roads for drink driving – and her case was heard by magistrates at lunchtime with no reporters present.

Tina Notman, 50, of The Green, Thornaby, pleaded guilty to driving with excess alcohol at Gateshead Magistrates Court on Tuesday.

She was more than twice the legal limit for driving when she was stopped behind the wheel of a Mercedes-Benz SLK in Martinet Road, Thornaby, in February, GazetteLive reports.

A breath test showed she had 75mg of alcohol in 100ml of breath. The legal limit is 35.

During her ten-minute hearing on Tuesday, Notman was disqualified from driving for 17 months and offered a drink driving rehabilitation course.

Notman, of Cleveland Police, was scheduled to appear at 2pm.

However, magistrates decided to sit half an hour early to hear her case at 1.30pm when no press were in court.

The typical lunch break at courts across the country is between 1pm and 2pm. The press were all told on Tuesday morning that the case would be held at 2pm.

When asked why the case was moved, the court clerk said: ‘Because we were dealing with a trial from the morning.

‘I’m not getting into a discussion about why we were asked. We are a very busy court, over listed, asked to fit everything in.’

When the court listings office were contacted to check the charge, which is standard practice among the press, they said they were ‘unable to discuss the case.’ 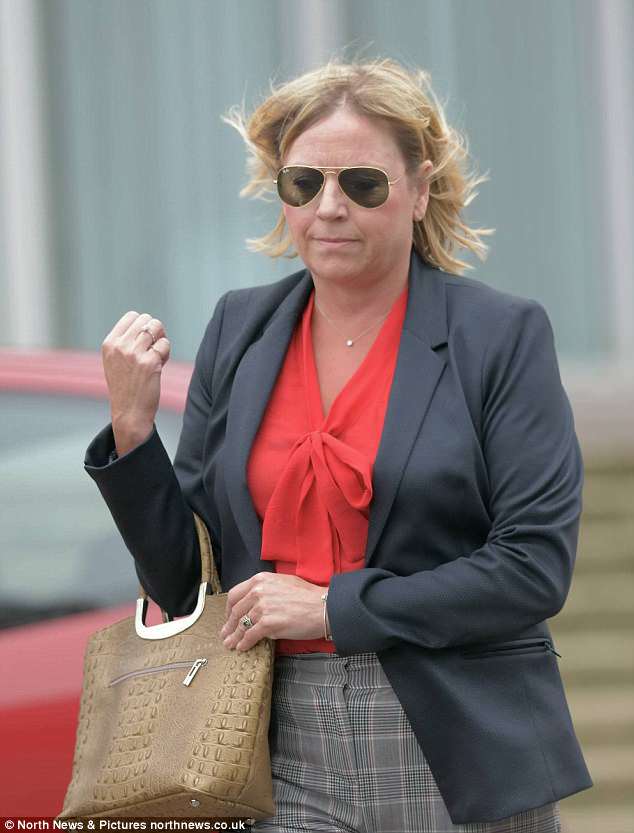 She was more than twice the legal limit for driving when she was stopped behind the wheel of a Mercedes-Benz SLK in Martinet Road, Thornaby, in February

Many members of the press missed the case as a result.

The case was originally listed for trial, however, the court said it was changed on May 16 to be listed for a guilty plea.

‘A court has concluded that former officer, Tina Notman, is guilty of driving whilst over the prescribed limit and she has been sentenced appropriately as any other member of the public would be. Misconduct matters will be considered in due course.’

A spokesperson for the force added: ‘Any other queries will need to be answered by the court.’