A woman posted pictures of the horrific injuries she suffered after a man punched her in the face during a bachelorette party in hopes it would help police catch him.

Amanda Comparetto, 23, from Sarasota, Florida, was at an Irish pub with her friends when an unidentified man attacked and gave her ‘a concussion and permanent facial scaring’.

The attack occurred outside MacDinton’s Irish pub in St. Petersburg, Florida, after the bar was closed.

After months of police being unable to identify the attacker, Comparetto made a post on Facebook in a plea for the public to help her. 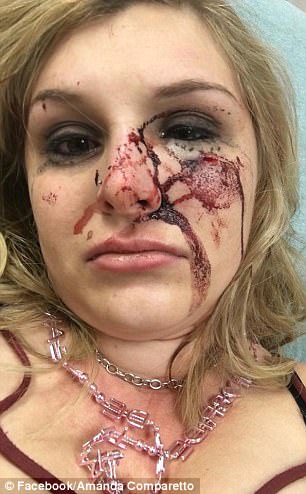 Amanda Comparetto, 23, was attacked by an unidentified man in St. Petersburg, Florida. She was leaving an Irish pub with her friends when he approached them 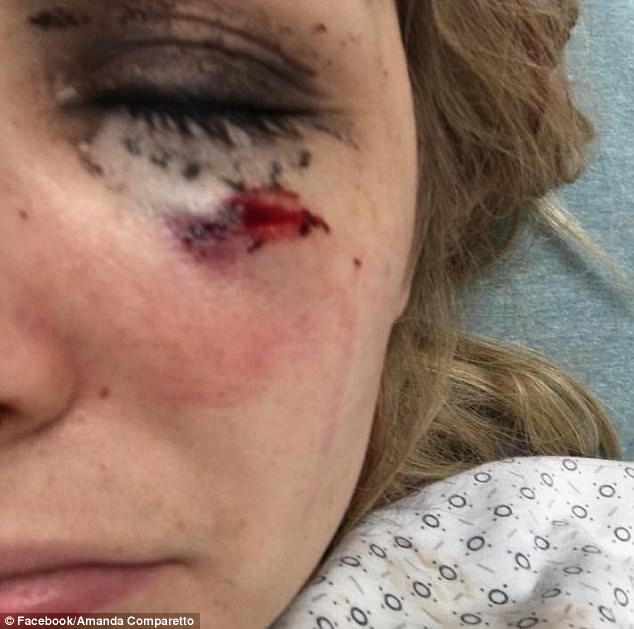 He punched her in the face, which knocked her out, after she told him to leave all of them alone

Comparetto said she was assaulted by a man wearing a red shirt as she and her friends were leaving the bar after a bachelorette party.

They were waiting for their Uber to arrive when he grabbed one of the other female’s arms and said he was ‘taking her to be my wife’.

The 23-year-old tried to tell the guy to leave them all alone, but he just kept saying ‘this is my wife’ in reference to one of the women.

He then punched Comparetto in the face and she woke up on the ground covered in her blood.

In her Facebook post, she said she did not touch the man and did nothing to encourage the unjustified attack.

A video from the night at the pub shows the man dancing in a red shirt to the right of another man wearing a white jacket. 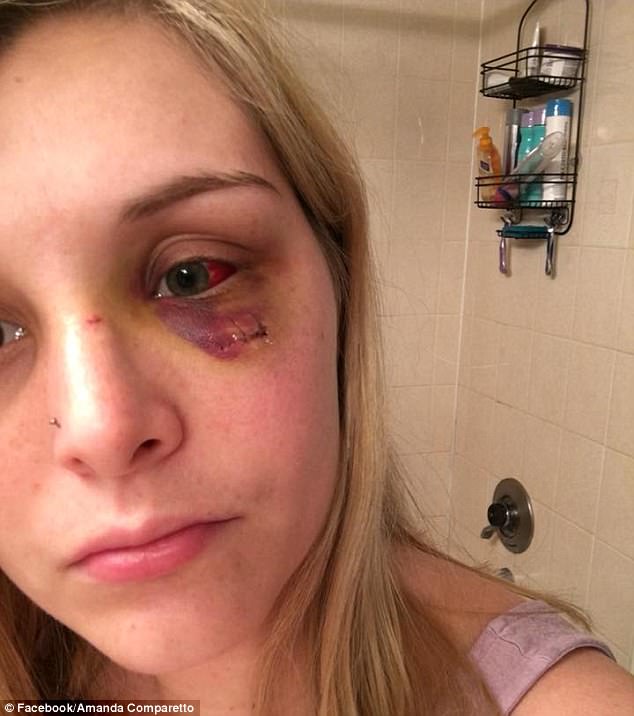 Comparetto posted her injuries on Facebook in hopes that it would help police find the suspect. She described the man as Hispanic and 5’11”

The 23-year-old is recovering from her injuries but she says she will forever have a scar on her face. She said she did nothing to justify him punching her

This video was handed over to St. Petersburg police who say the investigation is ongoing.

Comparetto described him as a Hispanic male who is around 5’11” and in his late 20s to early 30s.

While her injuries have mostly healed since the incident, the victim says she will forever have a scar on her face from where he punched her.

The owner of the pub has been cooperating with police and says that there is no surveillance footage to show the attack. 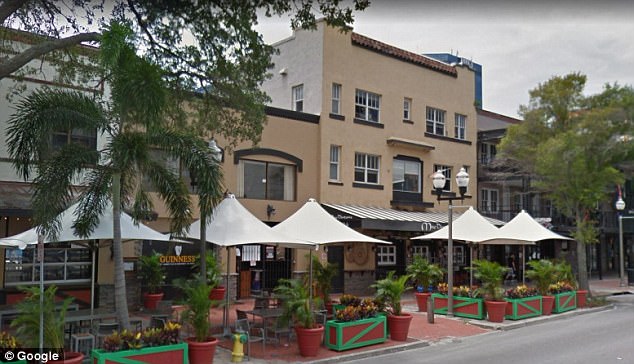 The attack occurred outside MacDinton’s Irish pub in St. Petersburg, Florida. The pub owner is cooperating with police but said there is no surveillance footage that shows the incident