Finding a new flatmate who’s clean and tidy, has similar interests and doesn’t have any bad habits can often be a tall order.

But one woman advertising on SpareRoom.com had some very specific requests about the type of person she wanted to apply for a room in her north London flat.

In her listing the woman, named only as Anna, says that ‘no privileged millennials’ should apply – despite stating her age as 27-35 – which makes her a millennial.

She also said that ‘party animals’ or people who ‘like to Skype their family a lot’ would not be welcome in the £650-a-month room at a flat near Finsbury Park.

But she does warn that a prospective roommate would have to be happy sharing with her ‘cutie’ iguana. 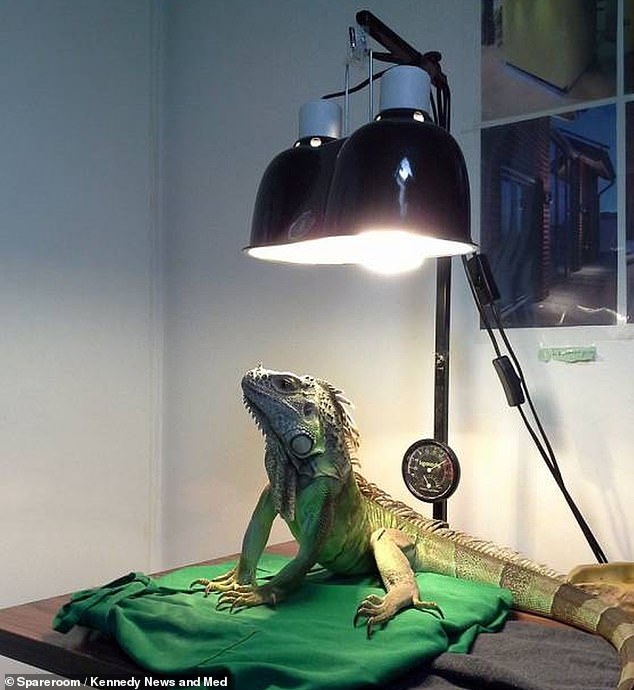 She also said that party animals should not apply or new tenants are not allowed to Skype their family’. Picture shows Anna’s Iguana and is taken from the advert

In her very specific ad, Anna’s ideal flatmate would be a ‘mature’ non-smoker who is ‘quiet, considerate and clean’ and with no cats or dogs.

Despite claiming the flat was ‘cosy with a pleasant vibe’, interested applicants would also have to bend around the picky flatmate’s stipulations on noise and socialising.

Guests would only be welcome in the flat ‘occasionally’ as ‘home is home’ – while Anna and her other flatmate would only be up for dinner or a drink themselves ‘if schedules allow’.

Anna also stated that the flatshare would ‘not suit someone working from home a lot’ or those who need to practise instruments ‘for hours each day’.

Any potential applicants would also have to be okay with their flatmate’s ‘cutie’ iguana living in her bedroom, which ‘won’t give you allergies’, as Anna stated with certainty. 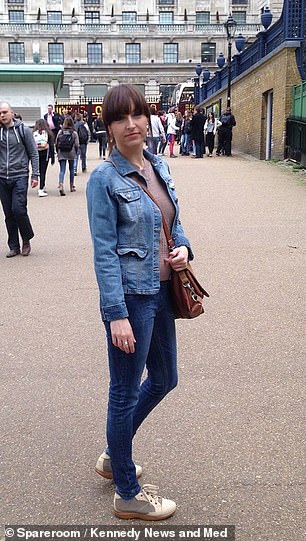 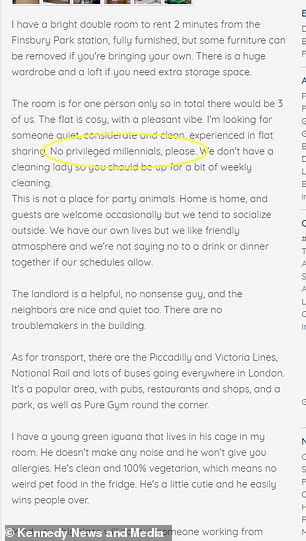 Anna, who states her age as 27-35 and therefore is also a millennial, even demands ‘flatsharing experience’ on applicants’ CVs. Left: Anna is seen in her SpareRoom.com profile pic. Right: The very specific requests she made in the advert

Anna’s original advert said: ‘The room is for one person only so in total there would be three of us. The flat is cosy, with a pleasant vibe.

‘I’m looking for someone quiet, considerate and clean, experienced in flat sharing. No privileged millennials, please.

‘We don’t have a cleaning lady so you should be up for a bit of weekly cleaning.

‘This is not a place for party animals. Home is home, and guests are welcome occasionally but we tend to socialise outside.

‘We have our own lives but we like friendly atmosphere and we’re not saying no to a drink or dinner together if our schedules allow.

‘The landlord is a helpful, no nonsense guy, and the neighbours are nice and quiet too. There are no troublemakers in the building […].

‘I have a young green iguana that lives in his cage in my room. He doesn’t make any noise and he won’t give you allergies.

‘He’s clean and 100% vegetarian, which means no weird pet food in the fridge. He’s a little cutie and he easily wins people over.

‘Mind you, this place will not suit someone working from home a lot or someone who spends evenings talking on Skype or phone for hours.

‘Everyone needs to keep in touch with their loved ones but if that’s all you do in your free time, you won’t be a good fit for us. 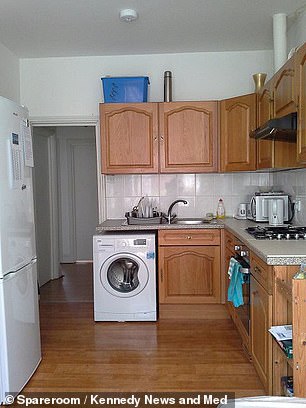 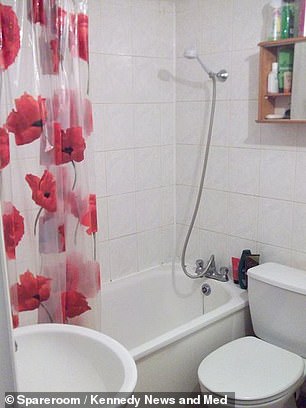 Anna declined to comment and deleted the advert over the weekend after being contacted. Pictures show the kitchen and her flat and were included in the advert 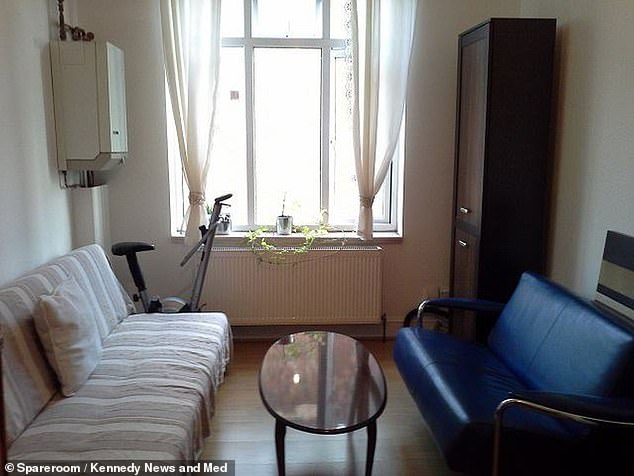 The fully furnished third floor flat is two minutes from Finsbury Park station, nearby to a gym and park and comes with a ‘huge wardrobe’ for storage. The living room is seen in the picture which was included in Anna’s advert

‘If you play an instrument, we’re fine with that as long as you don’t practise for hours each day.’

The fully furnished third floor flat is two minutes from Finsbury Park station, nearby to a gym and park and comes with a ‘huge wardrobe’ for storage.

However in order to be successful, the applicant must also have plenty of flatsharing experience already – and living with family or friends just won’t cut it.

Anna said: ‘Age preference for the new flatmate – 25-45 (my new flatmate must be someone mature and they must have flatsharing experience that extends beyond living with family and friends.

‘Minimum stay – four months (but long-term preferred). Regarding pets – cats and dog aren’t allowed in the building but we may be able to accommodate other species [sic].’

Anna also warned that it was a non-smoking flat but she ‘doesn’t mind’ if the successful applicant smokes outside.

She stipulated that it was not suitable to cyclists who wanted to store their bikes in their room either.

Anna declined to comment and deleted the advert over the weekend after being contacted.

Matt Hutchinson, director of SpareRoom, said: ‘Choosing the right person to live with is so important, as is being up front about what you’re looking for.

‘But you can take that a bit far, especially when you focus more on what you’re not looking for.

‘Aside from anything it’s a tough one to enforce. Whose definition of privileged do you use?

‘What if someone comes to view the flat who’s privileged but not a millennial? Is that OK?

‘Better to stick to what you do want in your new flatmate, not what you don’t.’