A woman has praised her TikTok followers for saving her life after they warned her that a strange symbol she found in the snow outside her home meant she was being targeted by a gang.

Jade Jules, from St. John’s, Newfoundland in Canada, was confused to discover a strange marker – ‘1F’ – had been drawn into the snow on the top of the garbage bin outside her home, and she posted a video of the symbol to TiKTok, asking her 53,000 followers to help her identify it.

She was quickly inundated with alarming messages from fellow users who warned that the symbol suggested she had been targeted by a gang.

According to hundreds of her followers, the symbol ‘1F’, which stands for one female, is drawn by gang members outside of the homes of single women living alone to indicate that they are vulnerable to intruders.

Jade Jules praised her TikTok followers for saving her life after they identified she was in danger when a strange symbol appeared outside her home in Newfoundland, Canada

The symbol is supposedly drawn outside the homes of single women so that other gang members working in the area know that the person living there is an easy target for crime such as robberies, sex trafficking and rape.

Jade said: ‘My followers definitely saved my life. I was going out to put the trash out and that’s when I saw it.

‘I took out my phone, recorded it and posted it on TikTok because I had zero clue on what it meant.

‘I thought people on TikTok would know and help me, which they did. I’m very thankful for everyone who helped me. 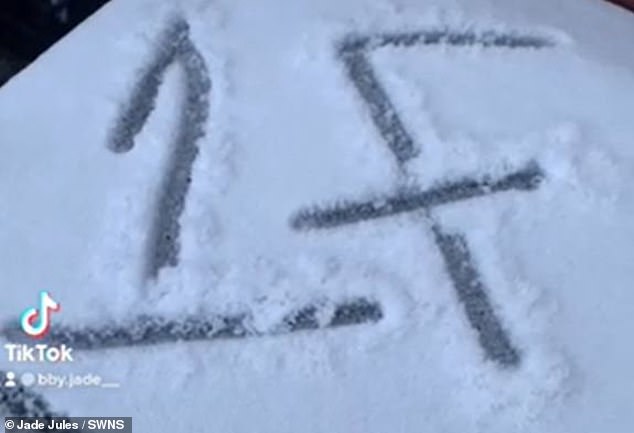 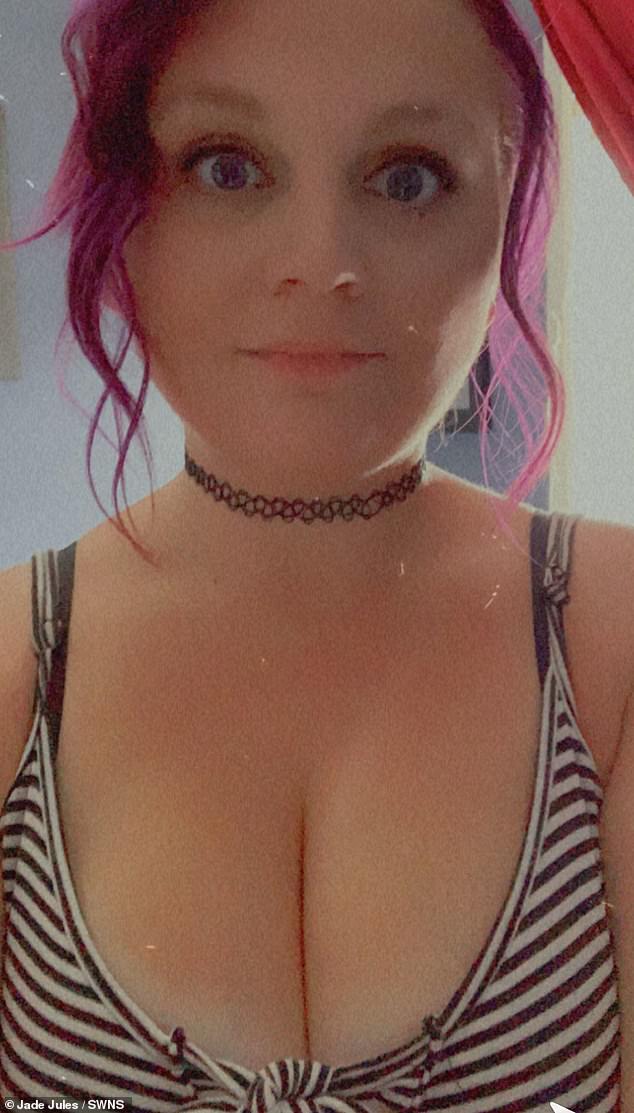 The following day, Jade posted another video informing her followers that she had called the police but ‘they didn’t do anything’

‘I was terrified. I thought someone did it as a joke or something, but then all the comments and messages came in so my mom came and got me. I packed some stuff and haven’t been home since.

‘She’s actually going to move in with me at that house, so we are planning to go back sometime this week.

There has been lengthy debate over the legitimacy of symbols used by gangs and crime rings to mark houses, with some police departments issuing official warnings about the code, while others have shut down any claim that the markings are real.

In 2013, German police reportedly warned their US counterparts to watch out for symbols being used by criminals to mark homes after a gang broke into a woman’s home after seemingly targeting the property by drawing symbols outside it in the snow.

Two years later, a police department in Scotland shared images of similar symbols on social media, along with their suspected meanings, from a cross to indicate a ‘good target’ to a flower shape that highlights a ‘wealthy’ resident.

‘It’s been very scary, I have not been home since as I am terrified. I have no idea who did it or why they did it but I’ve done everything I can.

‘I called the cops, took off the writing and left home. I’ve bought cameras for the house, I don’t know what else to do.

‘The police couldn’t do anything because there were no suspects and I had no clue who or what it was. So they just wiped off the bin and told me to stay safe and if I can leave for a few days to do that, so that’s what I did.

‘People in the comments of my videos are saying it means one female. Apparently it’s used for kidnapping and sex trafficking and break ins.

‘I’m not sure what it meant in my situation, but if all that is true, then I’m scared about what could have happened.

‘I’m beyond grateful for everyone that commented and messaged me telling me to stay safe and be careful and to not post my whereabouts. My followers really saved me.’

In the first clip, posted on January 12, Jade filmed herself walking down the steps of her home and explaining that she’d seen the message when she’d taken the garbage out.

The clip has been viewed 12.6 million times and has wracked up more than 40,000 comments.

One user explained: ‘It means: 1 female. They are telling the people who are supposed to rob you or whatever, that you live alone’ [sic].

The following day, Jade posted another video informing her followers that she had called the police but ‘they didn’t do anything’.

She said: ‘They just came and wiped it off. You can still faintly see it. But they pretty much just told me like pretty much what everybody said in the comments – was just to make sure that you’re safe and if you have anywhere else to stay, just stay there. But I don’t so… yeah.’

Jade posted another video to her TikTok two days later on January 15, explaining that she was alright and staying at her mother’s house.

She said: ‘I’m alright guys. I’m at my moms place for a while. Thank y’all so much for everything y’all mean the world!’ 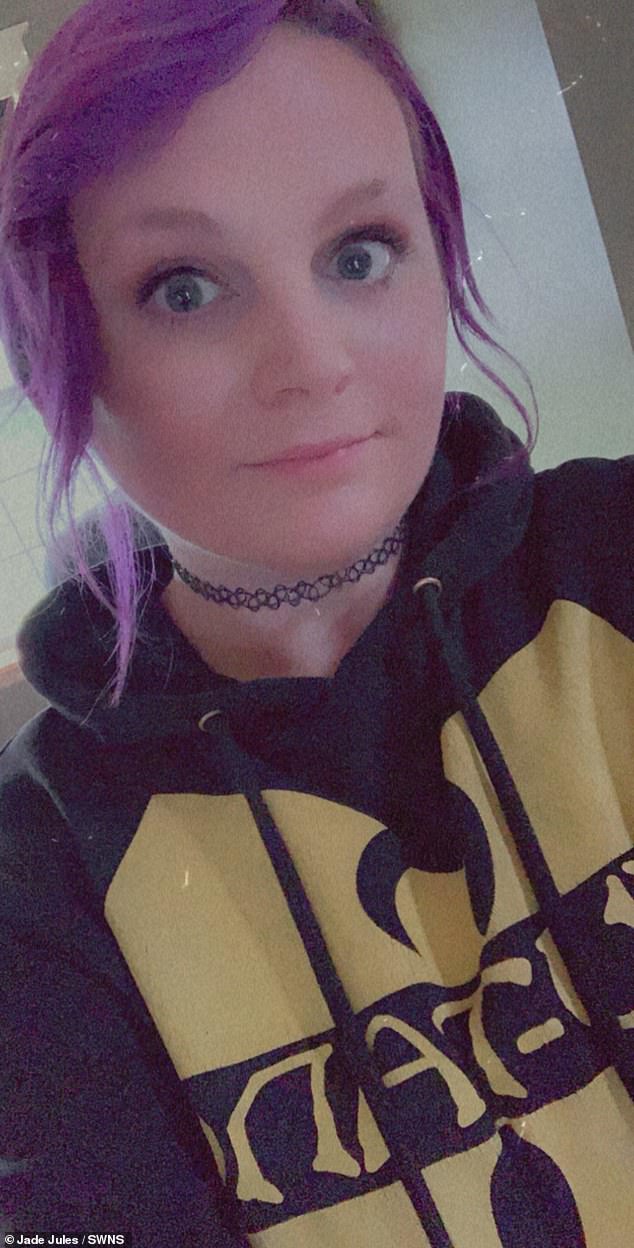 Jade posted another video to her TikTok two days later on January 15, explaining that she was alright and staying at her mother’s house