The woman who was raped while unconscious by Stanford swimmer Brock Turner has revealed the outrage she felt when she learned of her attacker’s lenient sentence.

Chanel Miller opened up about the 2015 rape after an on-campus fraternity party in a new interview on CBS News’ 60 Minutes – her first TV appearance since publicly identifying herself earlier this month.

Turner was found guilty of three felonies for sexually assaulting Miller – known up until this month as ‘Emily Doe’ – and served only three months in county jail.

‘I was in shock,’ Miller said of her reaction to the March 2016 sentencing. ‘So you’re saying I just put aside a year and a half of my life so he could go to county jail for three months.’

She continued: ‘There are young men, particularly young men of color, serving longer sentences for non-violent crimes, for having a teeny bit of marijuana in their pocket. And he’s just been convicted of three felonies … one month for each felony. How can you explain that to me?’

Chanel Miller, the woman who was raped by Stanford swimmer Brock Turner in 2015, spoke about the horror ordeal in 60 Minutes interview aired on Sunday 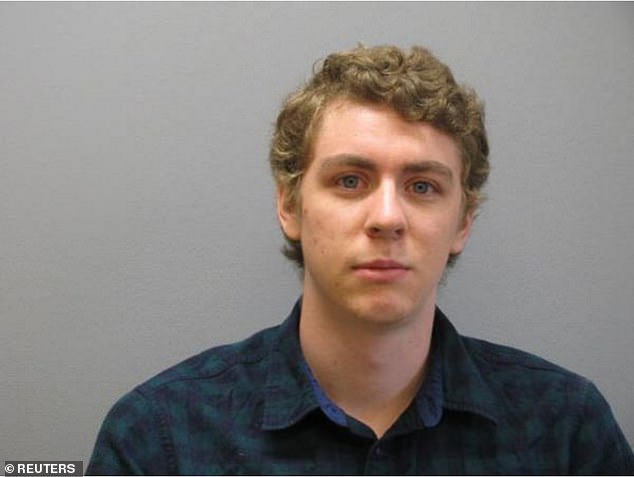 Miller said she was ‘in shock’ when she learned of the lenient six-month prison sentence Turner received in March 2016. Turner (pictured) was found guilty of three felonies for sexually assaulting Miller and served only three months in county jail

Miller recounted how she heard about what happened to her on the night of the assault through an article that cropped up on her news feed online.

‘I was alone, sitting at my desk, surrounded by co-workers, reading about how I was stripped and then penetrated and discarded in a bed of pine needles behind a dumpster,’ she said.

‘And that’s how I figured out all of those elements. And they all added up. And I finally understood.’

She also described her fear over how the incident would affect her career.

‘I felt no parent is going to want me as a role model, if I’m just the discarded, drunk, half-naked body behind a dumpster,’ Miller said. ‘Nobody wants to be that.’

Commenting on news coverage of the case, Miller said: ‘I didn’t understand why it was relevant when you’re also reporting that my lower half was completely exposed. That my necklace was wrapped around my neck. That my hair was disheveled. That my bra was only covering one breast and the rest was pulled outta my dress.

‘I don’t understand why it is relevant how quickly he can move across a body of water in the context of that article,’ she said, referencing the coverage of Turner’s swimming talent.

She added: ‘[Rape] is not a punishment for getting drunk. And we have this really sick mindset in our culture, as if you deserve rape if you drink to excess.

‘You deserve a hangover, a really bad hangover, but you don’t deserve to have somebody insert their body parts inside of you.’ 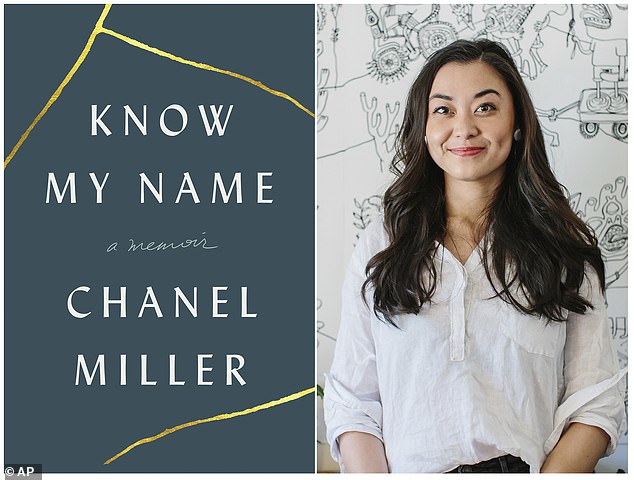 Miller’s memoir Know My Name is set to be released on Tuesday. The 27-year-old publicly identified herself as victim ‘Emily Doe’ earlier this month

Miller also read parts of the powerful 7,000 word victim impact statement she read in court at the sentencing.

She said many sexual assault survivors reached out to her after the statement went viral on social media, cementing ‘Emily Doe’ as a champion of the #MeToo movement.

‘It was really like medicine. Reading these was like feeling the shame dissolve, you know bringing all the light in,’ she said.

Miller, who went on to earn her degree in literature from University of California Santa Barbara and is now living in San Francisco, is releasing her memoir Know My Name on Tuesday. 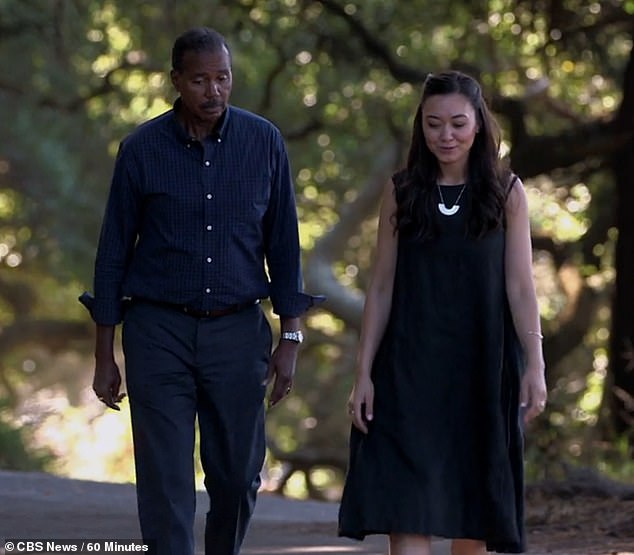 During the CBS interview Miller read parts of the powerful 7,000 word victim impact statement she delivered in court at Turner’s sentencing